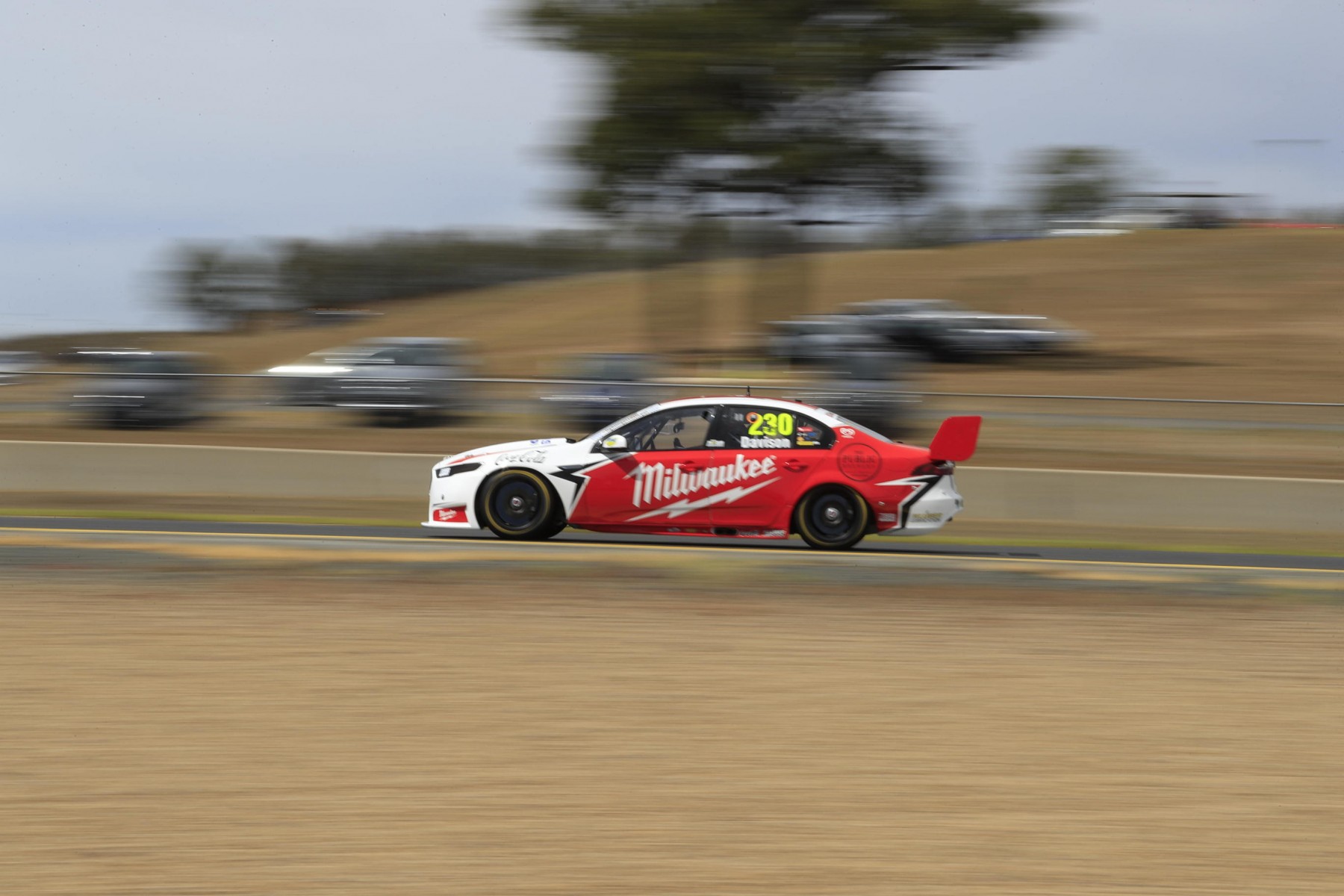 Will Davison says it’s hard to know how his new 23Red Racing entry will fare on debut in Adelaide, considering the quality of the 2018 grid.

Davison, a 19-time Supercars race winner who took out the Adelaide 500 in 2012, will line-up with the fresh squad after shifting from Tekno Autosports.

23Red was borne out of Lucas Dumbrell Motorsport, which had previously been domiciled at the back of the grid with its 2013-built Triple Eight Holdens.

While the revamped team will need time to find its feet, its purchase of the Tickford Falcon that won the Sandown 500 last year with Cameron Waters ensures competitive equipment.

This year’s field of cars is arguably the highest quality ever.

It includes 13 brand new cars, while a further four existing Holdens have been upgraded from VF to ZB specification.

While the full grid consisted of fresh chassis at the start of the Next Generation era in 2013, the newness of the Nissans and Mercedes meant they were initially on the back foot.

“The field this year is so impressive, you can’t underestimate anyone,” Davison told Supercars.com ahead of Adelaide.

“There’s not one bad car on the grid, there’s not a single car that can’t win.

“Whether the package, including driver and team can win is different, but as we sit here now there isn’t one car that in the right hands can’t podium or win a race.

“There are a couple of old cars now that are gone – the LDM cars and my car from last year was four or five years old.

“When you look around, the Nissan guys are pushing hard, even Todd Hazelwood (with new team Matt Stone Racing), he’s got a Penske car.

“There’s no bad cars out there.”

When pressed on his own expectations for Adelaide, Davison said he’s “open-minded” about where he’ll end up.

“It’s hard for a driver like me, who has had some good results, to say we’re going out to score a few top 10s, but in reality, that’s a good target,” he said.

“If you can come out and podium on debut, that’d be fantastic, but getting a result and properly knowing how why it happened is the key and we’re certainly not in that position.

“I think if a few things click, we have the potential to do anything any weekend, but in terms of having complete control and understanding, that could be six months away.

“That’s not to say we won’t be in a good position for the first round, but right I’ve got a very open-mind.

“For us, we’ll be doing our first lot of pitstops, the first time with this engineer doing strategy, managing our tyres, it’s not going to be easy.

“It might come quicker than I envisage. It’s happened to me before, I’ve gone to Adelaide feeling foreign with a car but if it clicks at the right moment you can be right in the mix.

“But I’m not sitting here saying that’s what I expect, I’m saying let’s get the ball rolling, get laps, be reasonably competitive and then raise the bar bit by bit through the season.”