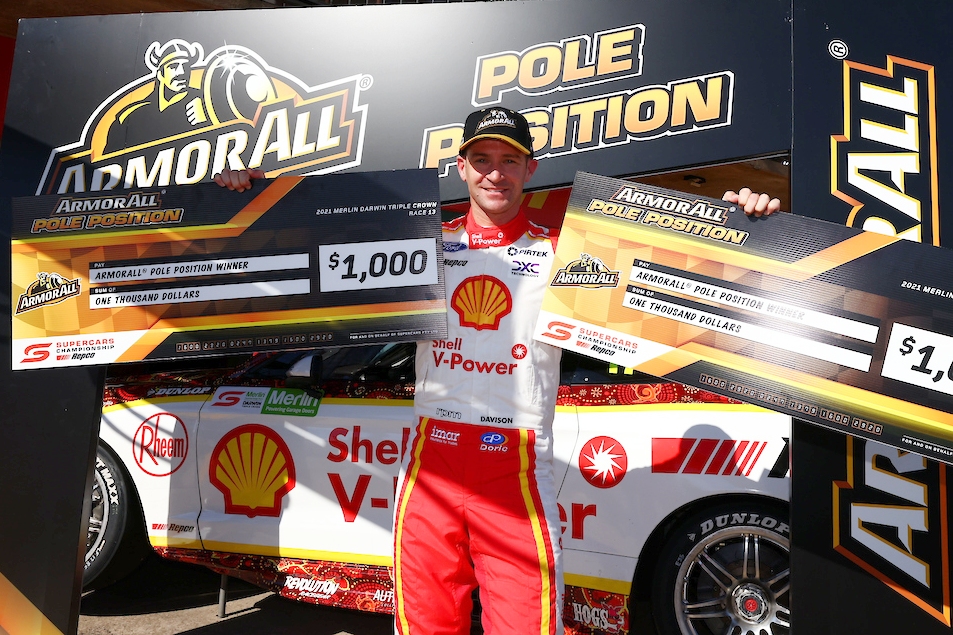 With a sweep of the Sunday poles at the Merlin Darwin Triple Crown, Will Davison continued a qualifying trend.

At all four sprint events so far in 2021, the same driver has claimed both ARMOR ALL Pole Positions on the Sunday.

De Pasquale claimed the Saturday pole at Hidden Valley with a record time, which was lowered by Davison on Sunday morning.

He went back-to-back in the following session, marking his first consecutive poles since Abu Dhabi in 2012.

"For me, it's been a tough couple of days," Davison said after the session.

"I didn't sleep much last night, I was down on myself.

"It's such an honour to drive the #17 Shell V-Power Racing Mustang.

"I put big pressure on myself this morning, so a big thanks to everyone in the team, Rich [Harris] my engineer for methodically working through things last night and giving me an absolute weapon.

"I was really thrilled with both my laps."