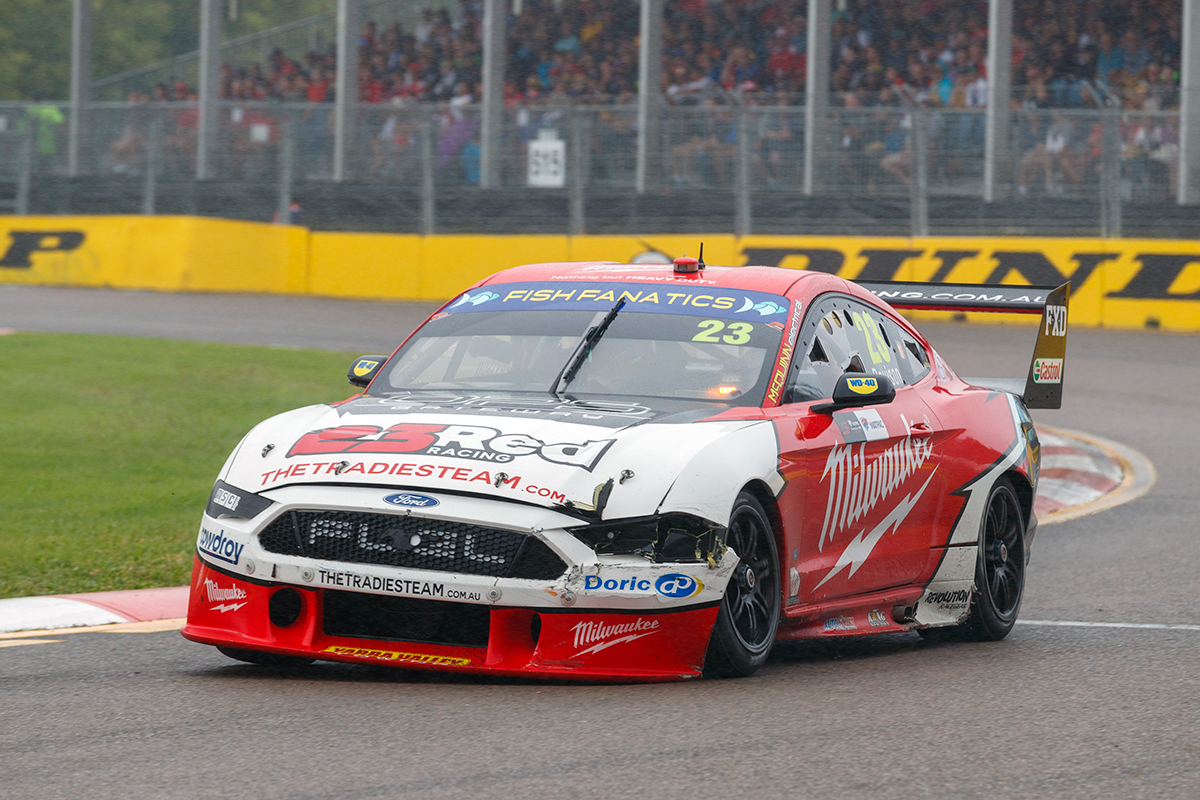 Will Davison was left to lament that rivals 'don't learn in the end' after being caught up in a post-restart incident in tricky Townsville conditions.

Davison dropped to ninth in the frantic pack on the first lap, but was an innocent bystander into Turn 2 on lap 27 when Mark Winterbottom locked up and spun Andre Heimgartner.

"It's just annoying, it's crazy, crazy stuff," he said on Supercars Trackside.

"Those races are cool, you actually look forward to them, because you know it's going to create that [unpredictability].

"I was just being really calm, really patient early, because you just see the silliness go on, we've seen it all before.

"And I thought everything was going good, we had lots of fuel in the car and then that restart on the slicks, it was just ridiculously stupid."

Winterbottom was handed a drive-through penalty for the clash, which ruined his race even before a separate incident with Macauley Jones.

"A lot of people didn't really want to take their time, just people don't learn in the end, so it was really unfortunate what happened.

"Obviously Winterbottom out-braked himself, got in to Heimgartner and then I had nowhere to go."

It was a mixed bag for the other Tickford Racing drivers, led by third-place finisher Cameron Waters.

Lee Holdsworth was the last to pit for slicks and fell down the order but managed to regroup to eighth.

Between them, Chaz Mostert took fifth, among the drivers who had to pit again in the closing stages to satisfy minimum fuel drop regulations.

Mostert was ahead of eventual winner Shane van Gisbergen, and then lost a chance to climb back up the order due to a Safety Car finish.

His afternoon started with a charge from 16th to sixth on lap one, to then sit third by lap eight.

"A bit gutted to be honest," Mostert said.

"The car was really, really good in the slippery conditions, and there was some stuff we did at the start, even before the race started, and the weather just didn’t go our way.

"Obviously it was great to have a fast car, but that extra pitstop at the end hurt our finishing position.

"A bit gutted, P5, most people would kill for that result, but when you feel you can get a trophy and maybe even on that top step, it hurts that it eluded us."