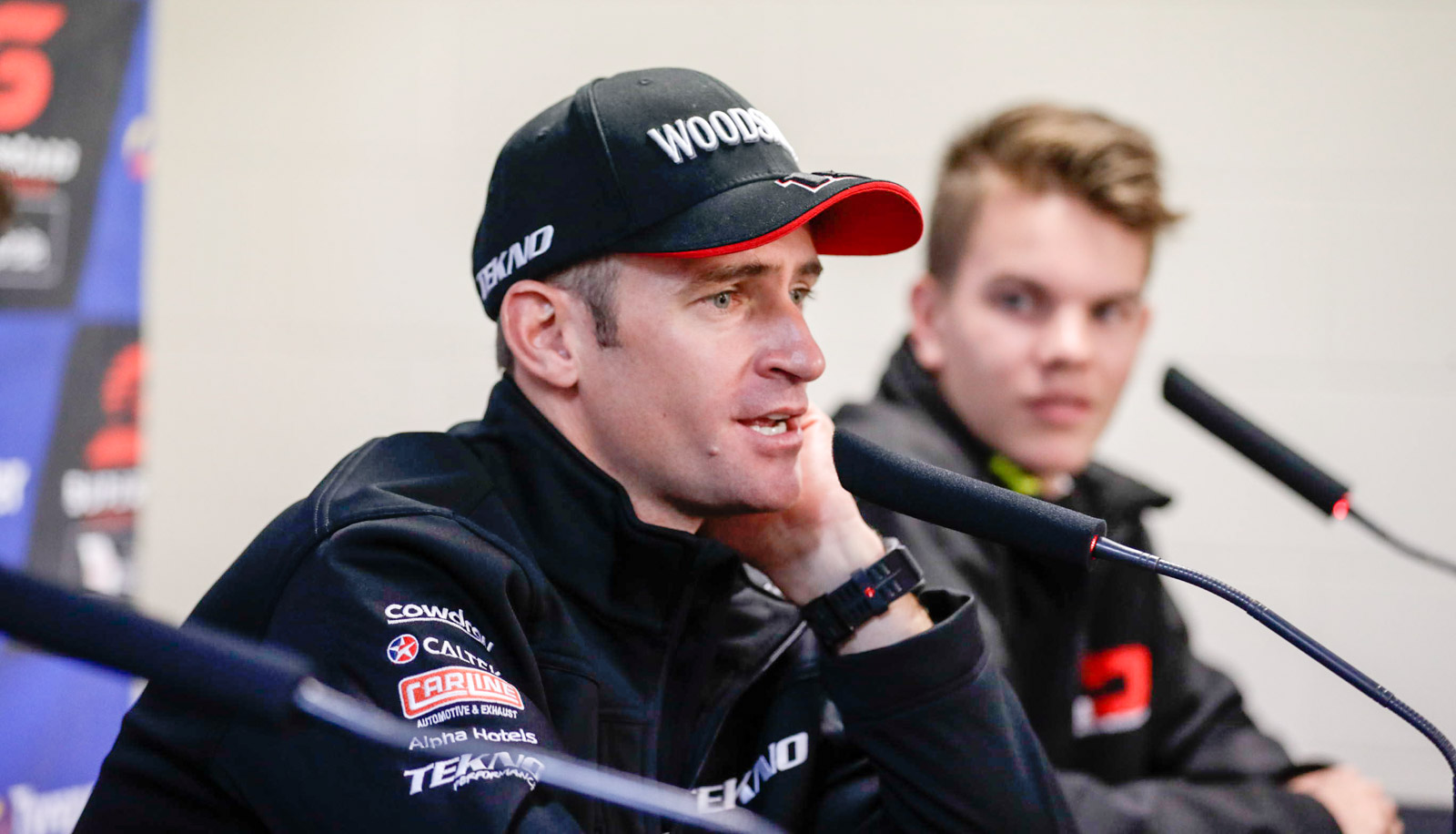 Will Davison is hopeful of returning to the wheel at the WD-40 Phillip Island 500, just two weeks after his horror impact at Symmons Plains.

Davison was injured in the 12-car pile-up on Saturday, suffering a small break to an offshoot from a vertebrae which cannot be operated on.

After an overnight stay at Launceston hospital, the 34-year-old returned home to the Gold Coast on Monday where he is continuing his recovery.

Now just nine days away from the start of practice at Phillip Island, Davison is confident of being back in the saddle.

“To answer upfront the question everyone is asking and wondering about, I plan to be on the grid at Phillip Island in about 10 days’ time,” he wrote in a column for Fox Sports.

“I’m still very sore, trying all I can do hopefully to be ready for next week. I won’t realistically know until early next week whether I’m fit enough to drive.

“Basically I have to rest for a few days, then move into a regimen of light training, nothing too strenuous.

“Dr Carl (Supercars medial delegate) is confident I’ll be good to go for Phillip Island and I am already keen to get back in the car, the crash doesn’t worry me from that perspective.”

Davison also gave his recollection of the accident, which saw the Tekno Holden strike Rick Kelly’s Nissan at 122km/h, registering a 42g impact.

The reigning Bathurst winner had jinked left when he saw chaos unfolding in front, sliding down the wet grass verge before Kelly’s Altima spun into his path.

Starting at the back of the grid after a mistake in qualifying, Davison said that the “visibility was terrible” due to the spray from the field ahead.

“We were probably going 50km/h quicker than the others ahead because they’d seen it and had time to react,” recalled Davison.

“I had just pulled 5th gear when I saw the car in front steer right and brake. I instantly jumped on brakes and went left. The track was blocked.

“I went left to the grass and just missed hitting (James) Courtney very hard. I then lost brakes as the right rear wheel was ripped off.

“I thought I’d missed the majority of it but Rick came from nowhere across the track.”

Davison’s Tekno Holden is now back at chassis specialist Pace Innovations in Queensland where the damage is being assessed.

10/04/2017
Stay In The Know
Sign up to the Virgin Australia Supercars Championship Newsletter
We use cookies to ensure that we give you the best experience on our website. If you continue to use this site we will assume that you are happy with it.Ok