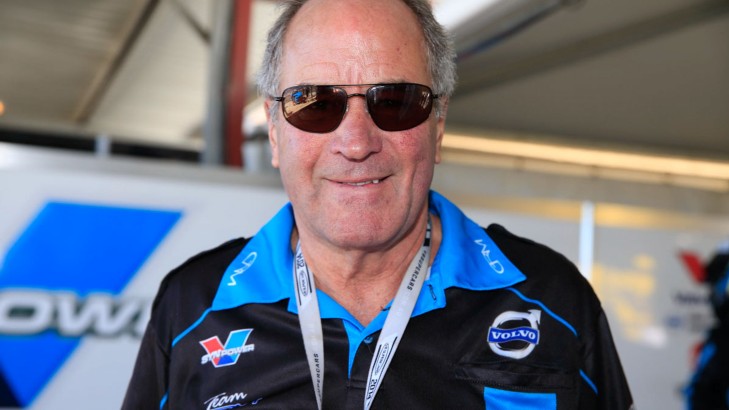 Volvo Polestar Racing boss Garry Rogers has moved to dispel the perception David Wall comes to the team as part of the new naming rights deal with Wilson Security and Payce Consolidated.

Instead Rogers insists the Sydney driver was his choice alone to take Robert Dahlgren's place in the #34 S60, while the deal with Wilson and Payce for the next two years was primarily driven by Volvo.

"David Wall has nothing to do with the sponsorship arrangements in this team," Rogers told v8supercars.com.au. "He will be expected to do what (Wall's team-mate) Scott McLaughlin has to do - and everyone else who comes here - and represent our sponsors in a truly professional manner to help them do business with GRM.

"The truth of the matter is the Wilson Security deal was originally conjured up with a contact by Volvo. A lot of that work was done long before David Wall was even mentioned."

When asked about Wall being a pay driver, Rogers responded: "We are paying him ... We are not discussing our business plan or our sponsor group with anybody, other than to say he is a salaried driver by Garry Rogers Motorsport."

A double Australian GT champion in 2009/10, Wall has been sponsored by Wilson and Payce though his three years in V8 Supercars, which comprises 2012-13 at Brad Jones Racing and 2014 at Dick Johnson Racing.

Based on McLaughlin's performances this year, however, Wall's 2015 mount will be far more competitive than his previous drives and offers him a real chance to push forward and improve his results.

Rogers says he hired Wall on the basis of experience, potential and affordability.

"That was my business plan and if I am proved to be wrong I will cop it. But I think I am right."

Asked what performance expectation he had from Wall, Rogers said: "To do his very best with the help we can give him.

"He (Wall) wants to - everyone wants to - win. But he also knows he is in a very ferocious competition and it will be difficult to do that. But I think also ... he knows he can do better than he has."

Rogers said he would help Wall extract the best from himself, but also made clear his long term tenure at the team would be determined by results.

"Because I am so ancient I have been able to have that world experience and a lot of that experience was in the motor racing business and other areas of competitive industries and I think you learn to help people along a bit.

"I think I can do that with him.

"I think he can drive alright and if he performs that's great," Rogers added. "If he can't then he will be no different to anyone else who has been here. He won't stay here."

Rogers said one reason he chose Wall over his DJR teammate Scott Pye was the fact the latter had a contract that went through to the end of 2016 - although its validity is uncertain because US motor racing mogul Roger Penske is taking over that team and forming DJR Team Penske.

"Scotty Pye is contracted elsewhere and I can see clouds there," said Rogers. "I just like to have a nice clean business plan with my whole team and also make sure that the budgets I have to spend on certain areas of our business equate to what we can do with those parts of the business, and that includes drivers.

"Every body knows - it's no secret - I am as mean as cat s--- (with my money). I am not hiding away from that, but because of that I think we have been able to stay in business and keep our business going."