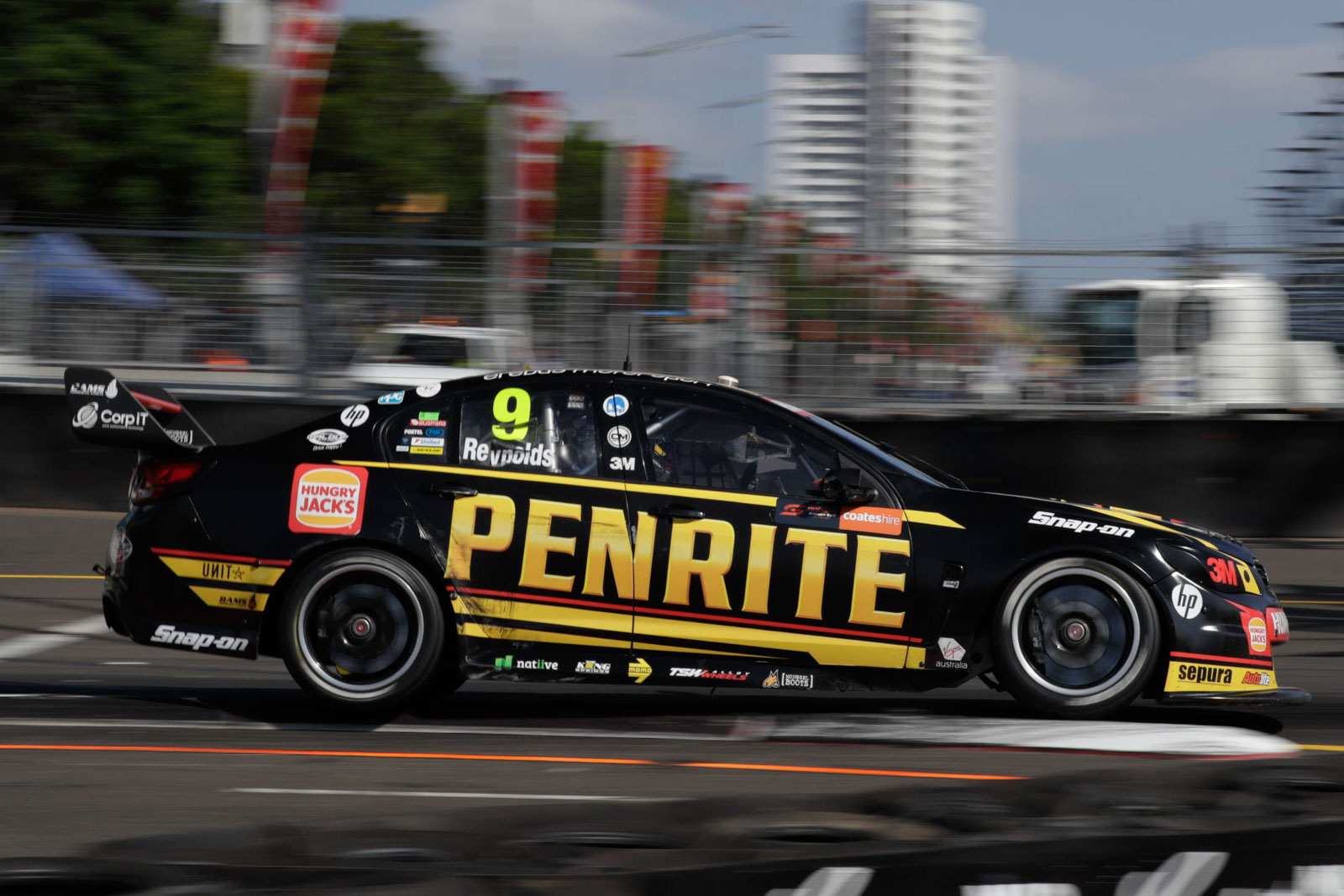 The 2016 Virgin Australia Supercars Championship ended just as it should’ve – a win from the new champion and a fierce fight for the podium between six-time champ Jamie Whincup and underdog David Reynolds.

An intense battle ended a year of close nail-biting racing that began at the Clipsal 500 with Whincup and James Courtney.

Erebus team owner Betty Klimenko was yelling at the screens when faced with the prospect of a final podium in her first year running Holdens, while Whincup wanted to “make a race of it”.

Reynolds took that third place finish in a fairytale for the Erebus squad, while Whincup emphasised that Reynolds earned it – he wasn’t going to cruise around to the finish.

“Hard, they were hard,” Klimenko said of watching the closing laps of the race.

Whincup didn’t get there but had no intention of giving it away.

“Was she (saying it’s Christmas)? I knew it was a big moment for them but I’m not a charity, you know what I mean,” Whincup said with a laugh.

“I’m just trying to get the last podium spot and trying to make a race of it. So I went down the inside, he gave me a bit of room which was good, we raced hard but didn’t quite get there.”

He enjoyed the fight with Reynolds, who he told Fox Sports he’d probably laugh with over the incident over a beer this summer.

“It was good – I like to think that’s my brand, just go hard right til the end,” Whincup said.

“I knew for Dave, it was going to be a special moment for him to get a podium as well so I went as hard as I could, just couldn’t quite get there.”

Of course, Reynolds enjoyed being back at the front after coming home third in last year’s Championship with Prodrive. Fortunately for him his view meant he couldn’t tell just how hot the contest was.

“That was a really hard battle, luckily I had no mirrors – I smashed them all in the shootout we had none left so they had to tape up the sides for me,” Reynolds said in the post-race press conference.

“Apparently he tried to have a pass, but I couldn’t see so I turned in and we made a little contact.

“I think he was probably faster than me but I really wanted this podium more than he did, so that’s probably why I’m sitting here.”

Reynolds’ previous best finish was fifth at the Clipsal 500 Adelaide in wet weather on Sunday.