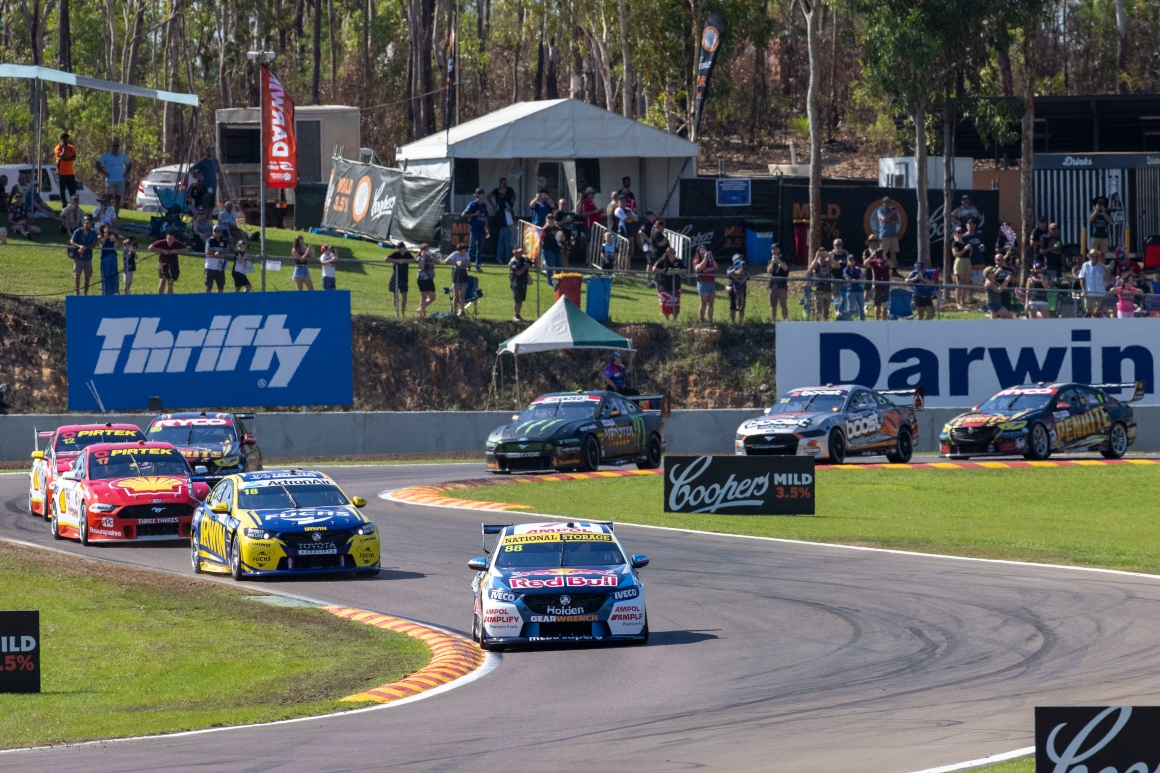 The tyre allocation for the Merlin Darwin Triple Crown has been tweaked following the postponement of the Winton SuperSprint.

The Winton event was set to see the competitive debut of the new Dunlop Super Soft tyre compound.

However, the Darwin event will see 36 sets of the new compound used, due to no pre-marked sets being able to be carried over from Winton.

Like 2020, each car will start each sprint round this season with nine new sets of tyres, with four sets to be handed back before the first qualifying session.

There will be no mixed tyre compound events in 2021.

In a Commission meeting late last month, an amendment to Rule D17.7 of the Operations Manual was also amended to clarify that only 'event marked' wet tyres may be used at an event from the commencement of qualifying at that event, allowing teams to use previously marked wet tyres in practice.

There was also update to the date regarding the prohibition of testing Super Soft tyre until August 1.

Victorian teams tested at Winton following the OTR SuperSprint, but did not test the new Super Soft tyre compound.

Essentially, the tyre allocations have been swapped for the two events, with Darwin the ‘new’ Winton.

Teams will be able to keep a set from Darwin to use as a pre-marked set for the Winton event, of which a new date is likely to fall in late July.

The new-for-2021 Super Soft compound was introduced for the two lowest degradation circuits, being Winton and Darwin.

The Hard compound will be used at both Bathurst events and Pukekohe, with the Soft tyre to be used at the remaining seven events.