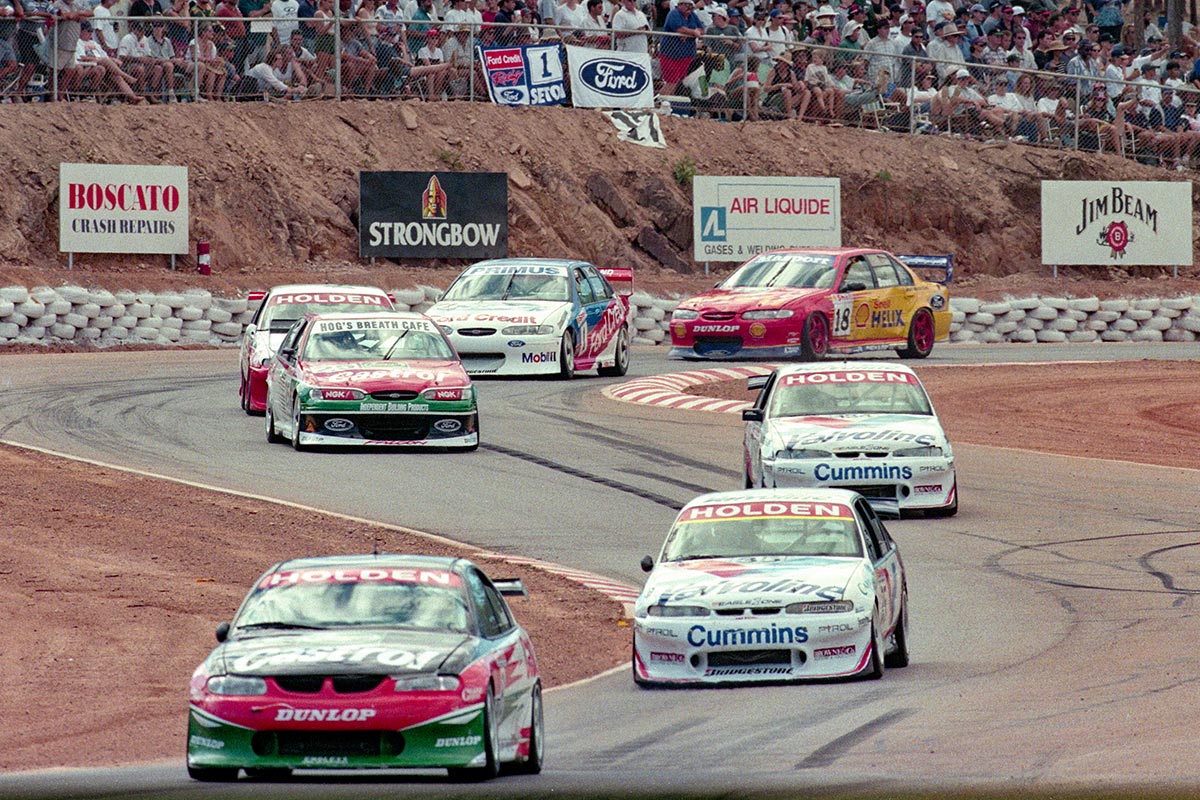 The iconic Darwin circuit came of age in 1998 when V8-powered monsters arrived, some 12 years after the venue was built.

What was a dust bowl was transformed into a world-class, licensed circuit in time for its V8 Supercars debut.

Darwin hosted the penultimate round of the 1998 season, which to the inaugural visit to the Top End, saw Craig Lowndes and Russell Ingall locked in combat for the crown.

However, the weekend began poorly for Ingall; Lowndes extended the margin to 60 points with victory in the opener ahead of Holden Racing Team teammate Mark Skaife.

Ingall, meanwhile, finished outside the top 10 after he was slapped with stop-go penalty for an incident with Tony Longhurst.

Victory fell in the lap of Lowndes, with Skaife on course for victory before a final-lap engine issue saw the HRT cars swap hands.

The race itself began in chaos at Turn 1, which has proved the scene of several flashpoints in Hidden Valley’s Supercars history.

Contact between Jason Bright and Jason Bargwanna saw the latter speared right, with John Bowe clipped into a spin.

The drama didn’t end there; Lowndes' car then failed to fire prior to the start of the second race.

Extraordinarily, both Lowndes and Skaife failed to make the grid, leaving the front row empty.

It enabled third-placed finisher Mark Larkham safe passage into the lead through Turn 1, with Bargwanna, who recovered to eighth in Race 1, slotting into second.

The big story was Ingall, who was up into fifth by the end of the first lap, having started 13th.

Larkham backed into Bargwanna and Ingall, who took second from the Garry Rogers Motorsport driver at Turn 1 on lap 8.

On lap 9, Ingall pounced for the lead into the valley, and was unchallenged from there.

Remarkably, Ingall completed the comeback win in what was a 17-lap sprint race.

Due to his did-not-start in Race 2, Lowndes started last for the finale, with Ingall converting from the front row to claim overall round honours.

Bargwanna and Ingall dragged to Turn 1, with Ingall holding firm on the inside to retain the lead. Lowndes, having started 26th, was already up to 12th by the second lap. 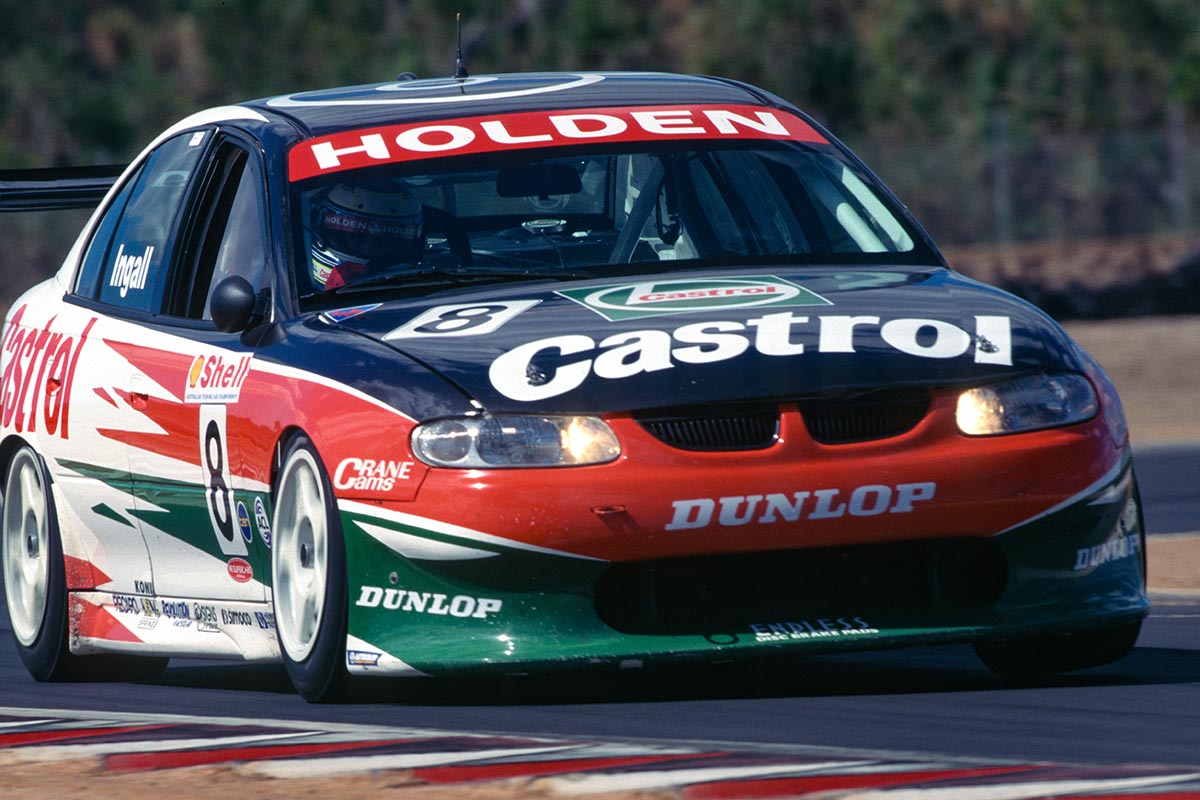 His charge was aided by contact between Larry Perkins and John Bowe, who for the second time in three races, found himself in a spin at Turn 1.

Bargwanna refused to let Ingall skip away, with the margin a few car lengths at the chequered flag after 14 laps.

It was the weekend Ingall needed to keep Lowndes guessing to the Oran Park season finale, with HRT’s leading light recovering to fifth in Darwin finale.

Lowndes had the last laugh, winning all three races at Oran Park to claim his second crown while Ingall finished outside the top five in each race.

To 2021, only three drivers have won more races in Darwin than Ingall, who shook off the bridesmaid tag in 2005 with his one and only drivers’ title.