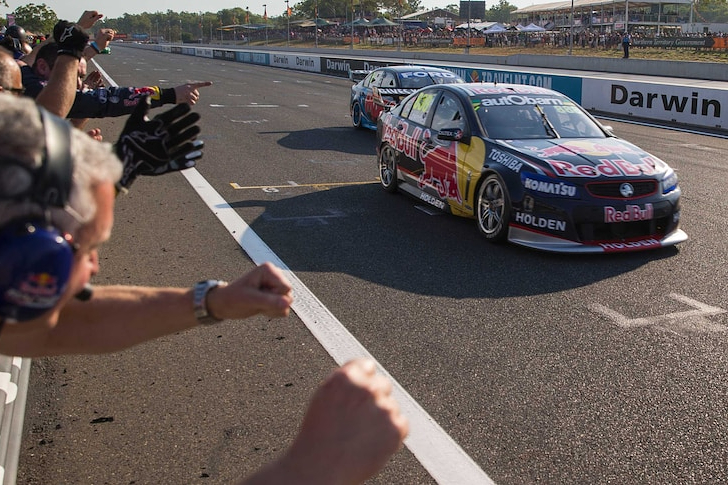 Over a third of Hidden Valley Raceway’s circuit length is its pit straight, but in 2013, Craig Lowndes wished it was much shorter.

The Darwin circuit, which will host the next round of the 2021 Repco Supercars Championship, featured one of the closest finishes in championship history eight years ago.

Lowndes, who took a career-defining 100th race win at Hidden Valley two years later, pipped Mark Winterbottom to victory in the 2013 finale by the barest of margins.

The win helped Lowndes skip further away from Mark Skaife’s all-time wins record, which he passed in Perth a month earlier.

The race itself remains infamous for a different reason, being the opening-lap seven-car pile-up which saw the 35-lap race slashed to 24 due to a lengthy red flag.

Scott McLaughlin was sandwiched between two cars exiting Turn 1, and the drama continued from there.

Jason Bright was turned in front of the field, and in a matter of seconds, several cars were torn up.

David Reynolds, who initially launched from pole, led on the restart before Lowndes dived into the lane early.

The undercut worked for Lowndes, who jumped Reynolds in the order after the latter’s stop.

A quick stop for Jamie Whincup seemed to have launched the reigning champion into win contention, before he was slapped with a drive-through penalty after he spun his wheels in the stop.

Winterbottom was third in the order behind Lowndes and Reynolds once the Safety Car was called for James Courtney’s stricken Holden Racing Team Commodore at the hairpin.

Lowndes skipped away at the restart, prompting an attack on Reynolds by Winterbottom, who dispatched the pole sitter for second at Turn 1.

From there, Winterbottom only had a handful of laps to catch Lowndes, but with more grip, the Pepsi Max Falcon loomed as a clean race-winning threat.

Try as he might, Winterbottom fell short of adding to his win earlier in the day, with the margin a scant 0.1165s.

Lowndes hung on for his third win of 2013, but admitted afterwards had there been one more lap, Winterbottom would have had him.

"With all the accidents and Safety Cars that went on at the start of the race we knew it would be a reduced race," Lowndes said.

"We thought we could push on but we pushed it a bit hard. We burnt the rears up quite quickly and with that Frosty pounced.

Winterbottom knew another win was there for the taking, with Lowndes sliding around in front of him. 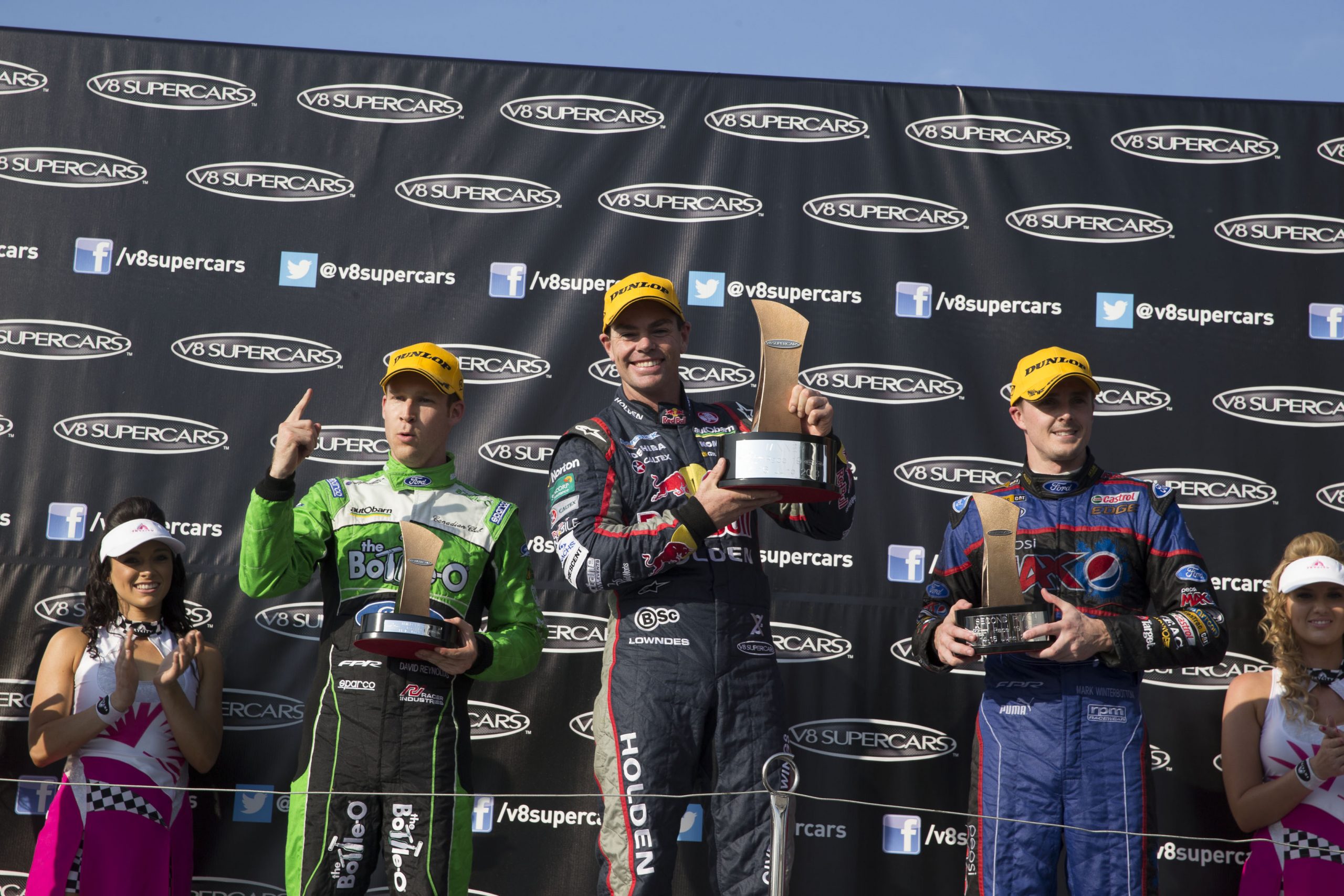 The closest they came was in the valley, with Winterbottom nearly rounding up the #888 Red Bull Commodore on the outside.

"I thought he was just maintaining position like you do," Winterbottom said.

"I expected Craig to up the pace again but it was nice to see our tyre life at the end and the fact we were able to push on.

"We have obviously got good pace on the new tyre and good pace at the end. You have just got to marry it together."