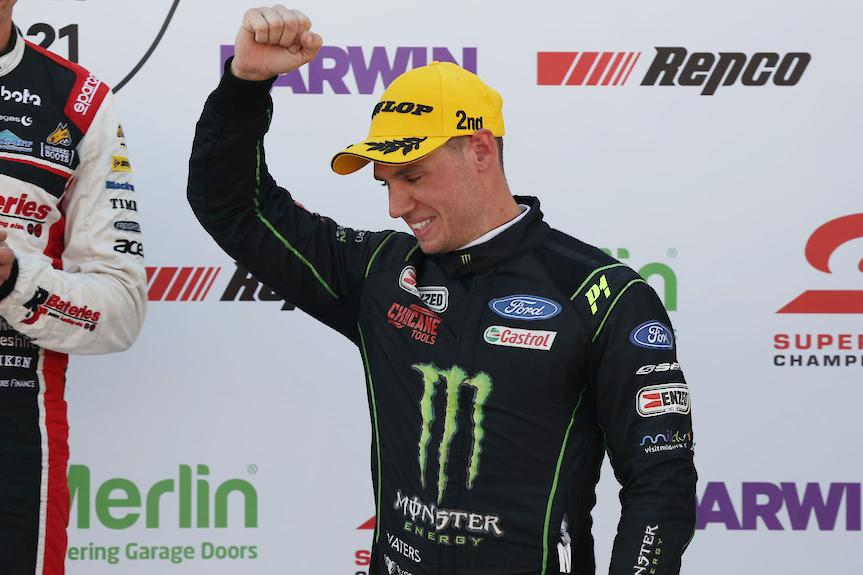 Cameron Waters was delighted to clinch second in Race 12 at Hidden Valley following a lead-up scuppered by a "bad" car.

Waters finished behind Chaz Mostert in the thrilling race which saw the duo vault from the fourth row.

Their respective charges were aided by the first lap, first corner melee which saw pole-sitter Anton De Pasquale wiped out of contention.

Series leader Shane van Gisbergen could only manage 13th, having lost the effective lead in a bungled pit stop.

It was music to the ears of Mostert and Waters, who both closed the gap to the runaway Red Bull Ampol Racing championship leader.

It was particularly satisfying for Tickford ace Waters, who defeated van Gisbergen in the Race 11 thriller at last month's OTR SuperSprint.

"We've been struggling all weekend with the car; we rolled out and it was pretty bad.

"We've really worked hard to get it to a little window where we're definitely top five pace.

"Chaz and Shane had a bit over me; we're a lot happier, but we've still got a little bit to find. 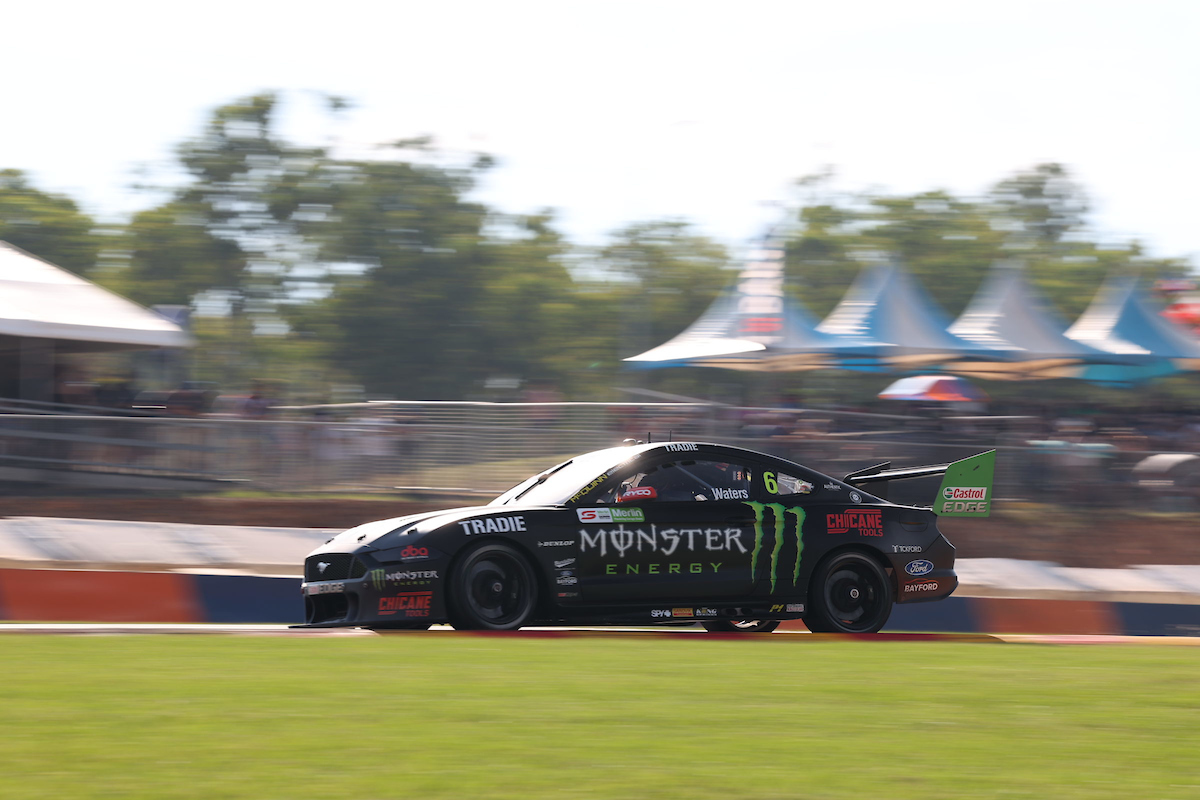 "To come out and have a little bit of luck go our way for a change is a breath of fresh air."

It marked Waters' best career race result at Darwin, his fifth podium of 2021, and the 24th podium of his Supercars career.

It also helped the 27-year-old climb to fourth in the drivers championship, and is just 28 points from second-placed Jamie Whincup, who finished 12th.

Waters failed to set a fast run in Friday's Practice 2, and clocked the seventh-fastest time in Saturday's shootout.

The Monster Energy Mustang pilot used used tyres for his one-lap dash, and lined up alongside rival Mostert.

The scene was set for another high-profile coming-together between the pair, only for others to strike high drama.

However, that didn't stop their respective teams from stressing heading into Saturday's race. 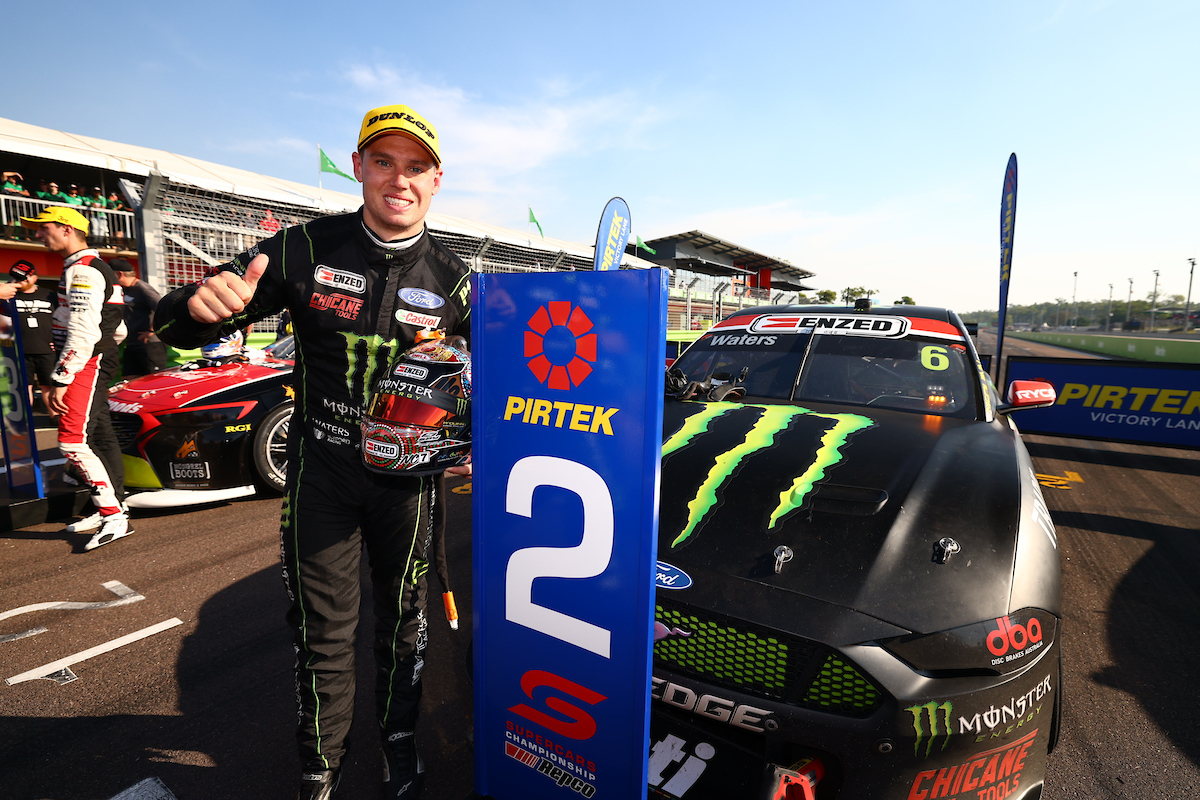 "Both our teams were s****ing themselves, just quietly," Waters joked, regarding another Mostert run-in.

"We didn't know how it was going to go, but we managed to get through.

"It's nice to get to the other end of the race with clean cars."