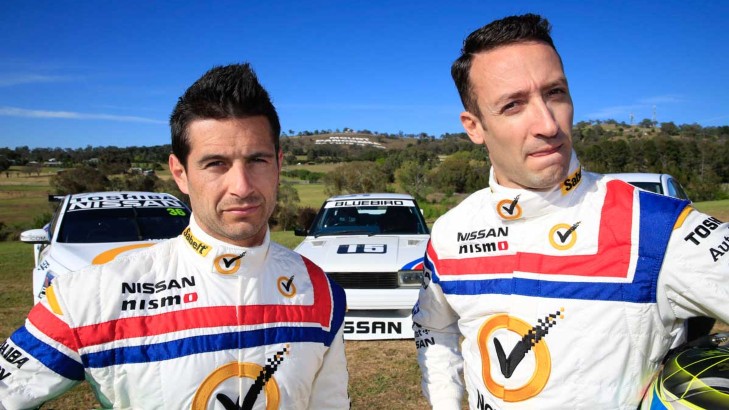 Two drivers with a point to prove have topped this morning's Supercheap Auto Bathurst 1000 warm-up.

Michael Caruso, who was convinced he had ARMOR ALL Top 10 Shootout pace in his Norton Nissan Altima only to be denied by a starter motor issue in Friday qualifying, topped the session.

Chaz Mostert was in second place in his Ford Performance Racing Pepsi-Max Falcon FG II in the warm-up, but will start the race from the back of the grid as a penalty for passing under red flags.

Red Bull's Jamie Whincup in third and Bottle-O Ford driver David Reynolds in fourth were also making fightbacks after crashing in Friday qualifying. They will join Mostert at the back of the grid.

But Caruso and Mostert were the only two drivers to break the 2 minutes 07 seconds barrier as all cars in the field had one last hit-out using race rather than qualifying set-ups.

"Michael's been quick all weekend but we just got screwed with the starer motor issue and he's been pretty dark about it all weekend," Caruso's co-driver Dean Fiore explained. "The car feels good and the pace is there.

"It's only the warm-up bit it's better to be like that than the other way round."

Caruso and Fiore will start from 13th on the grid and the West Australian said the duo would adopt a simple mantra for the race: "No mistakes, just no mistakes."

Mostert said the warm-up result proved that the Falcon he will share with Paul Morris was competitive in race set-up.

"We have struggled in qualifying setup with a light fuel load in it," admitted Mostert. "But as soon as we put a heap of fuel in it and make it a race-type of car it is probably one of the quickest cars on track.

"It's obviously a big day for us off position 26, not where we really wanted to start, but it is a 1000km race, 161 laps, and if the car is this fast then anything is possible."

Mostert said it was still "top secret" whether he or Morris, who has been among the slowest co-drivers, will start the race.