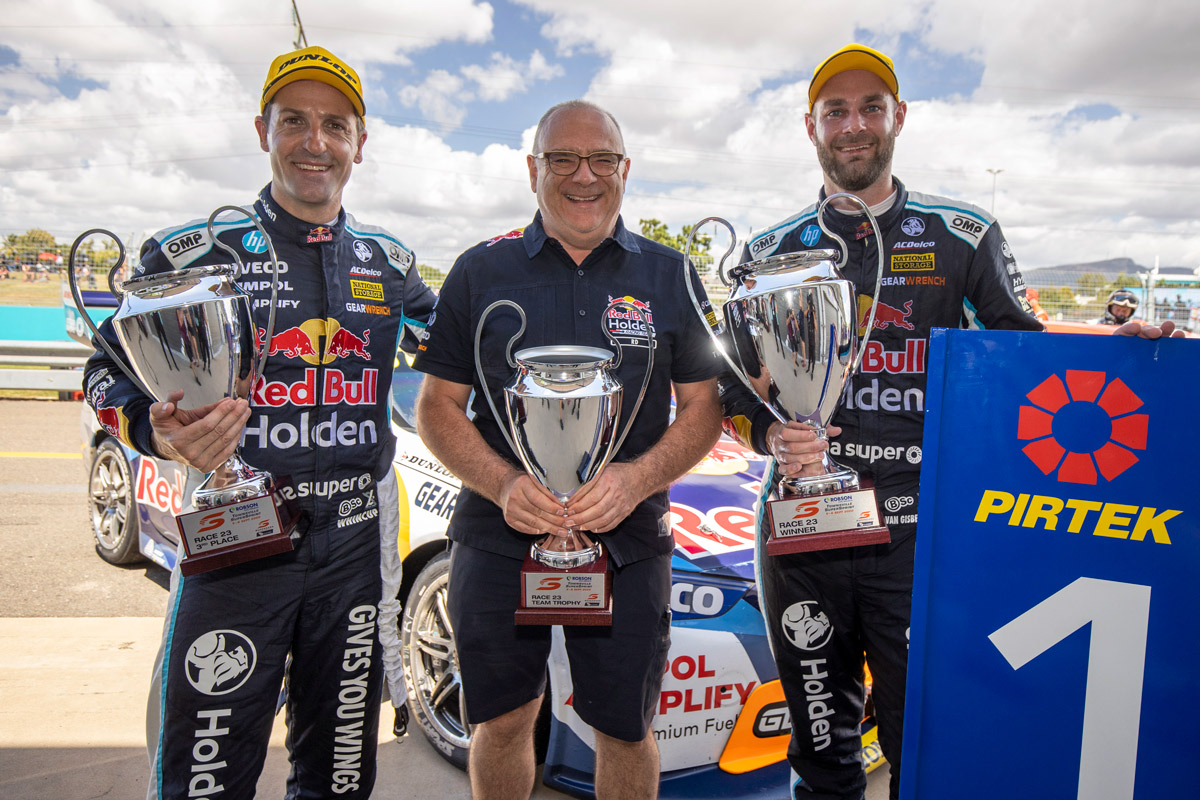 The team became the first to achieve the marker in the 60-year history of the Australian Touring Car/Supercars Championship thanks to Shane van Gisbergen’s Townsville triumph.

Triple Eight made its first Supercars appearance at the 2003 Sandown 500, after Dane and his business partners bought John Briggs’ Betta Electrical-backed Ford outfit.

It took nearly two years and the signing of Craig Lowndes for 2005 before the team scored its first victory, opening the floodgates for 15 years of sustained success.

That has included eight drivers’ titles, seven to Jamie Whincup and one to van Gisbergen, and seven Bathurst 1000 wins.

Asked about the 200-marker on the Fox Sports broadcast, Dane emphasised the contribution of the people involved, becoming emotional when discussing engine builder Ken McNamara.

“It’s a number. I respect the numbers, but any race win is good,” he said.

“I look back on it honestly with a sense of achievement of everyone who’s been involved over that period.

“It’s pretty special to be honest that there are several people around in the garage today who were a part of the team in Sandown 2003.

“Mark Dutton [current team manager] and Ty Freele [mechanic] have both been here without a break all the way along.

“Jeromy Moore [technical director], who obviously had a very good sabbatical in Germany with Porsche [from 2014-19], is back here as well and was a part of that team in 2003.

“There have been a lot of good people involved. It would be remiss of me not to call out Kenny McNamara, KRE [engine supplier], who is not here today [at the track].

“I get a bit emotional about Kenny actually because he’s such a rock of motorsport,” Dane continued.

“Kenny has been a massive part of our wins in Australia after 17 years. It’s a great team of people and that’s what it takes.”

Triple Eight campaigned Ford Falcons in the category from 2003 but, after losing factory backing at the end of ’08, switched to Holden for 2010.

That led to the two victories Dane savours most – one-two finishes on debut with the Commodores in Abu Dhabi and at Bathurst that year.

“I really get torn between the 2010 one-two at Bathurst and the history associated with that and the first race of that year in Abu Dhabi,” Dane said.

“Not only did we win it [in Abu Dhabi] but we had a one-two. One of the reasons I get emotional about Kenny McNamara is two weeks before that, we had no engines.

“There was a batch that was counterfeit, we put in the cars and we could see straight away that we had filings in the filter.

“We had to rebuild engines and get them to Abu Dhabi at the last minute and go racing. That really sticks out as a massive achievement for the team.”

Holden transferred the official Holden Racing Team name and backing to Triple Eight for 2017, entrusting the squad with the development of the current ZB Commodore.

This year is the last for Holden’s factory involvement, with the brand set to disappear from the marketplace.

The Walkinshaw-run HRT, and its successor Walkinshaw Andretti United, sits second on the all-time championship race win tally with 180.

The team celebrated 200 wins at Bathurst in 2011, but that marker included non-championship successes. 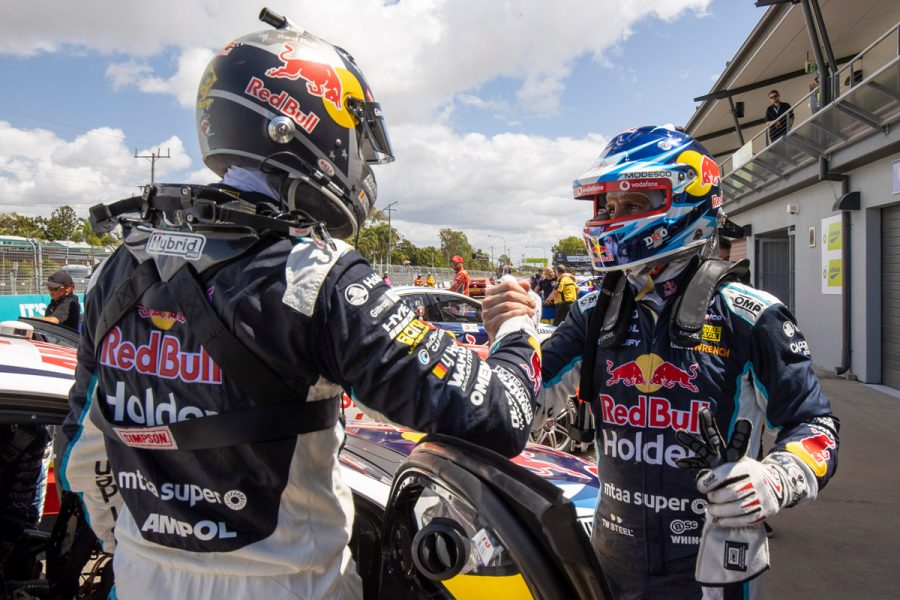