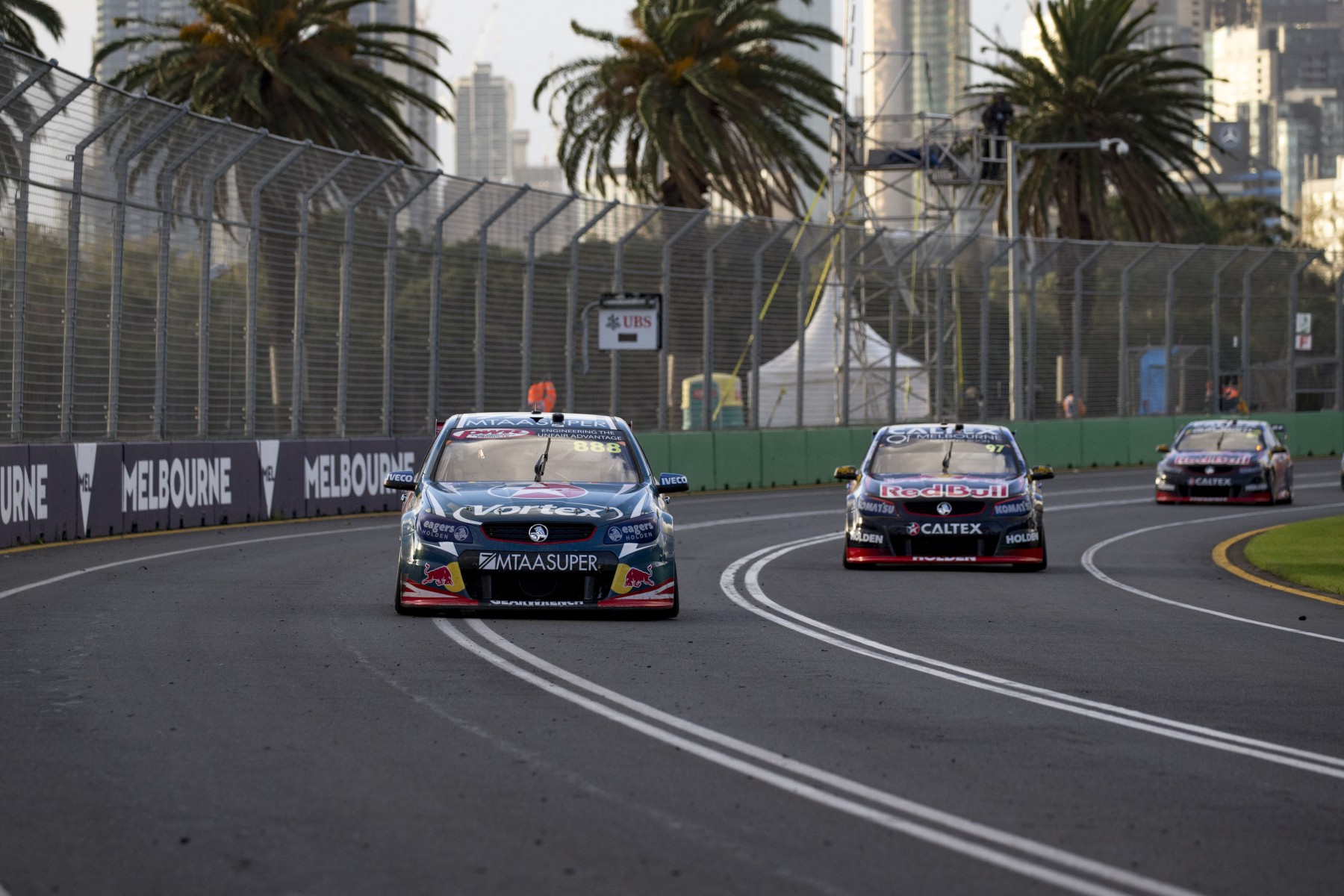 Triple Eight Race Engineering boss Roland Dane was thrilled to see his three drivers lock out the podium at the Australian Grand Prix, but says there’s still more work to be done within the team.

Shane van Gisbergen drifted home with a three-second advantage winning two from two at the non-championship event, while Craig Lowndes and Jamie Whincup battled it out for second on the road this evening.

This is just the second outing as a three-car operation for Triple Eight and while it was a success today, Dane said problems from Adelaide were not yet fully ironed out.

Team manager Mark Dutton named a number of issues post-event, including a switch-up of personnel behind the scenes.

“I think we still have more work to do to improve ourselves as an operation this year. We’ll do it,” he told v8supercars.com.au.

Triple Eight has been the dominant force in V8 Supercars over the last decade, winning six of the last eight driver’s titles.

But Dane hadn’t assumed the results would come and was proud of his team’s achievement today.

“You always dream … we dream of getting 1-2s, let alone 1-2-3. Anytime you can get those sorts of results you never take it for granted,” he said.

The tight battle in the second race between Whincup and Lowndes was not a worry for the boss, who has seen them fight it out cleanly many times.

Regardless of the order, the team would still claim each spot on the podium.

“I reckon that Craig and Jamie have raced against each other enough times to know what to do. I wasn’t stressed by it,” Dane said.

“Whoever came out of ahead, we were winners anyway. I was happy to see them race as well as they did.”

A lot has been made of the battle between van Gisbergen and Whincup this year, with the Kiwi jumping into equal equipment to the six-time champ, having proved his quick and flamboyant style.

It played out in the earlier race, with van Gisbergen admitting he had to think about the pass on Whincup for the lead, and is sure to happen again as the season stretches on.

But don’t write off Lowndes, Dane says, after pushing 2015 champion Mark Winterbottom all the way to last round last season.

This year he works closely with the team’s technical mastermind Ludo Lacroix as his race engineer and seems hungrier than ever to take the title, after winning his sixth Bathurst 1000 in October.

“Craig came second in the championship last year so there’s no reason why he won’t be in the mix as well,” Dane said.

“He’s getting on very well with Ludo and I think he’s enjoying it.”