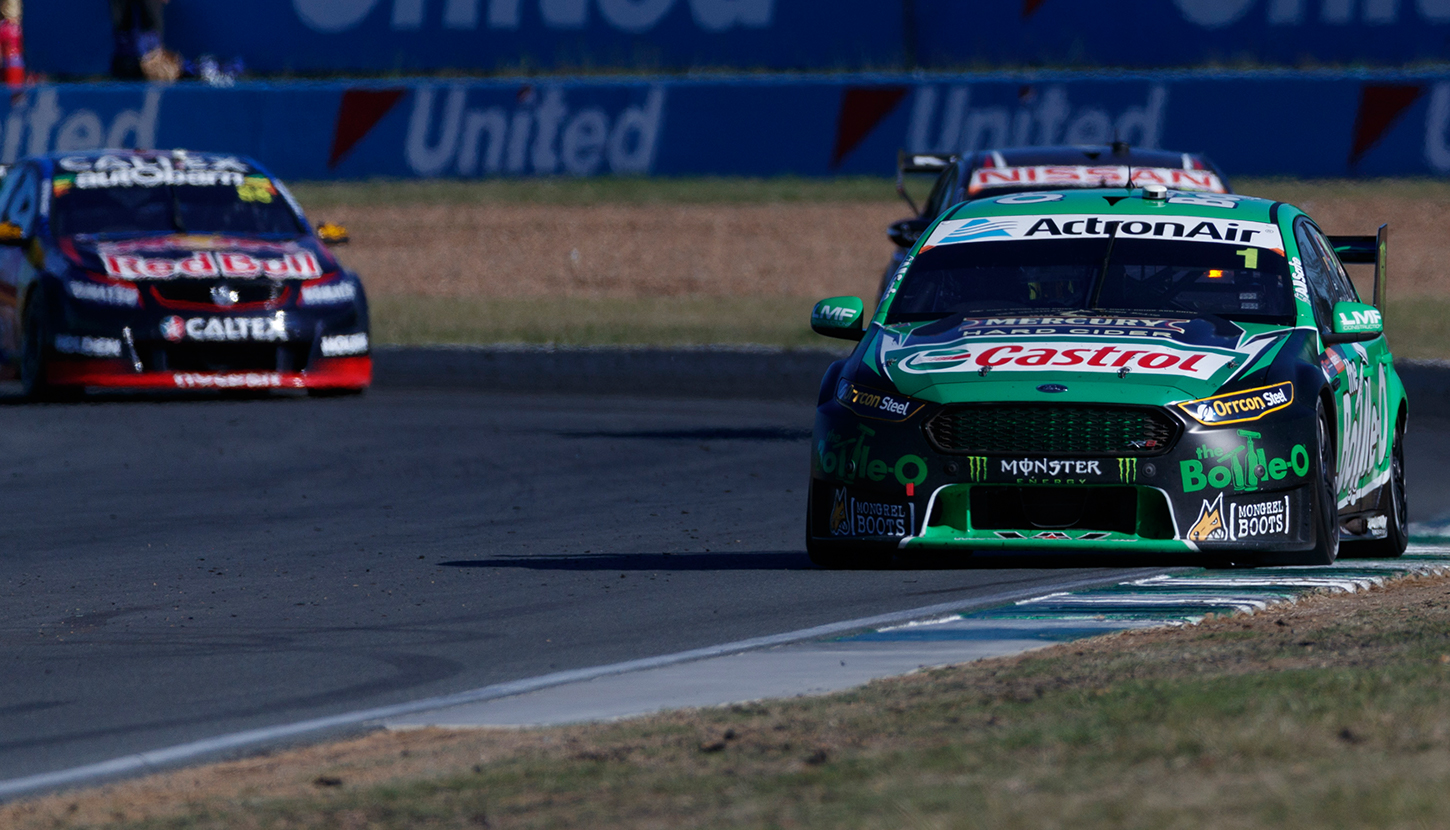 The champion team locked out the podium on Saturday and earned both wins and ARMOR ALL Pole Positions, as Jamie Whincup extended his lead in the Championship at the team’s test track.

Defending champion Mark Winterbottom was in the finishing fourth and fifth in the weekend’s two races.

Frosty insisted there was no way he would give up on fighting for the title, 120 points off the lead – and Dane says that’s the attitude the team needs after being beaten convincingly at QR.

“If I was them, I wouldn’t allow it to get to me,” Dane told supercars.com.

“We’ve been in that situation before when they were winning in the middle of last year. We went away and tried to work harder, and I’m sure they’ll do the same.

“We’ll have to be on our toes to stay ahead of them – at some circuits more than others.”

Between Winterbottom and his teammate Chaz Mostert, they took all three race wins at the Ipswich circuit last year, so to be smashed by Triple Eight this time around is a positive swing, in Dane’s view.

“They were very strong here last year, so it’s very good for us this year,” he said.

Though he earned his “best Sunday result by a long way” Whincup says he is far from comfortable at the top of the totem pole.

“If we’d finished 30 seconds behind them I would be mildly concerned, but the reality is after a 120km race, five cars finished nose to tail. Unfortunately we were at the back of those five cars, but we are not a million dollars off,” Edwards said.

The August 15 test day will be Prodrive’s first since the pre-season test back in , while most teams have already used two days, electing to run the third to prepare for enduros.

“Look, we know there’s areas we have to improve on the car, we’re not just sitting there going ‘oh well’. We’re working hard to improve it.

“The guys are articulating exactly what they need from the car as engineers, they just have to figure out what they are. They’re smart blokes – the great thing is we’ve got a test coming up – we haven’t had a test this year really.”

The test is critical for Chaz Mostert, whose last test day was his return from injury.

“That was just him remembering how to change gears and turn the steering wheel – so it’ll be great for us to get to test," Edwards said.

“And not long after that we’ve got another test, so there’s two in a couple of weeks.”

While Friday practice offers some opportunity to work on the Supercars, Edwards said it just was not as valuable as a dedicated test day.

“It’s very hard on a Friday, you can’t go too far away from your base setting because you’re always thinking about the weekend and getting a car that suits the weekend … whereas at a test day you can move away and try things that are adventurous.”