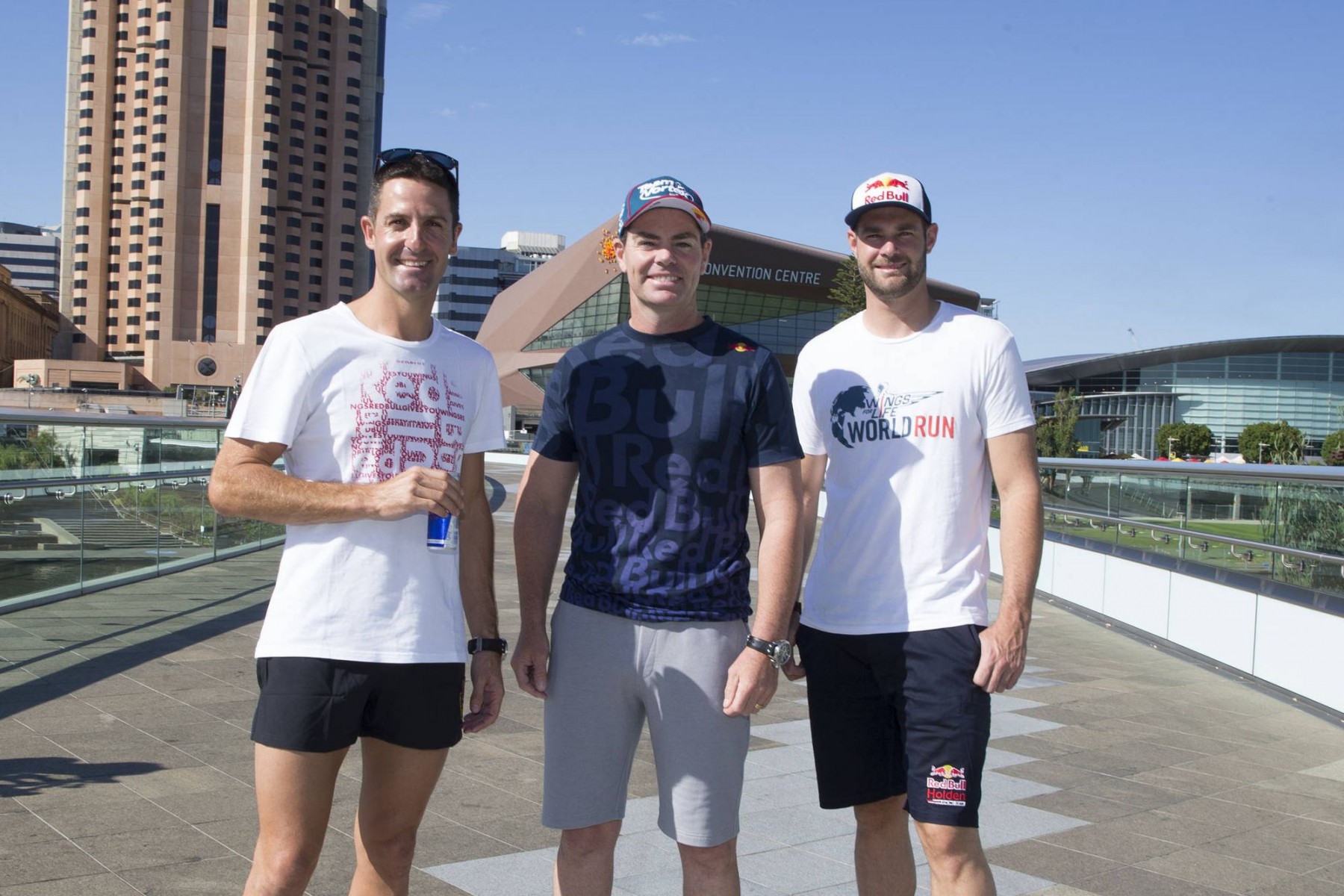 That the contracts of all three Triple Eight Supercars drivers expire at the end of 2019 does not faze team owner Roland Dane.

Supercars champions Jamie Whincup, Shane van Gisbergen and Craig Lowndes have all signed extensions in the last 12 months that take them through to the end of next year.

Lowndes is the oldest of the group, turning 44 in June, and has suggested that even though he is contracted for 2018 and ’19, this could be his last full-time season.

Seven-time champion Whincup turned 35 earlier this month and said at the Red Bull Holden Racing Team’s 2018 launch that “I reckon I’m good for another one or two" years as a full-time Supercars driver.

The 2019 season is the last on a host of Triple Eight’s commercial deals, including its naming-rights Red Bull sponsorship for the Whincup and van Gisbergen Commodores, and its factory deal with Holden.

Lowndes will race in new colours and under the new Autobarn Lowndes Racing moniker this year, with the automotive retailer upping its involvement to cover the next two seasons.

“The drivers are in different places in their career,” Dane told Supercars.com.

“Where we go in 2020, obviously it depends on our partners. We’re not going to do anything without having alignment with partners, and hopefully Holden and Red Bull ongoing.

“Those things, as you know, there’s plenty of time for that to play out.”

Dane says that he's keeping an eye on both the Dunlop Super2 Series and abroad for potential new signings for 2020, although admits the likes of his recent enduro recruits Matt Campbell and Earl Bamber may prove unavailable due to their international commitments.

A host of current leading Supercars drivers come off contract at the end of 2019, including Tickford Racing pair Chaz Mostert and Cameron Waters, and 2010 champion James Courtney with Walkinshaw Andretti United.

Bathurst winner David Reynolds is in the same boat, but has told Supercars.com that he would gladly stay at Erebus Motorsport “for ever”.

Shell V-Power Racing has opted against ever outlining the exact duration of the contract that brought Scott McLaughlin to the team in 2017, and the extension Fabian Coulthard penned last year.