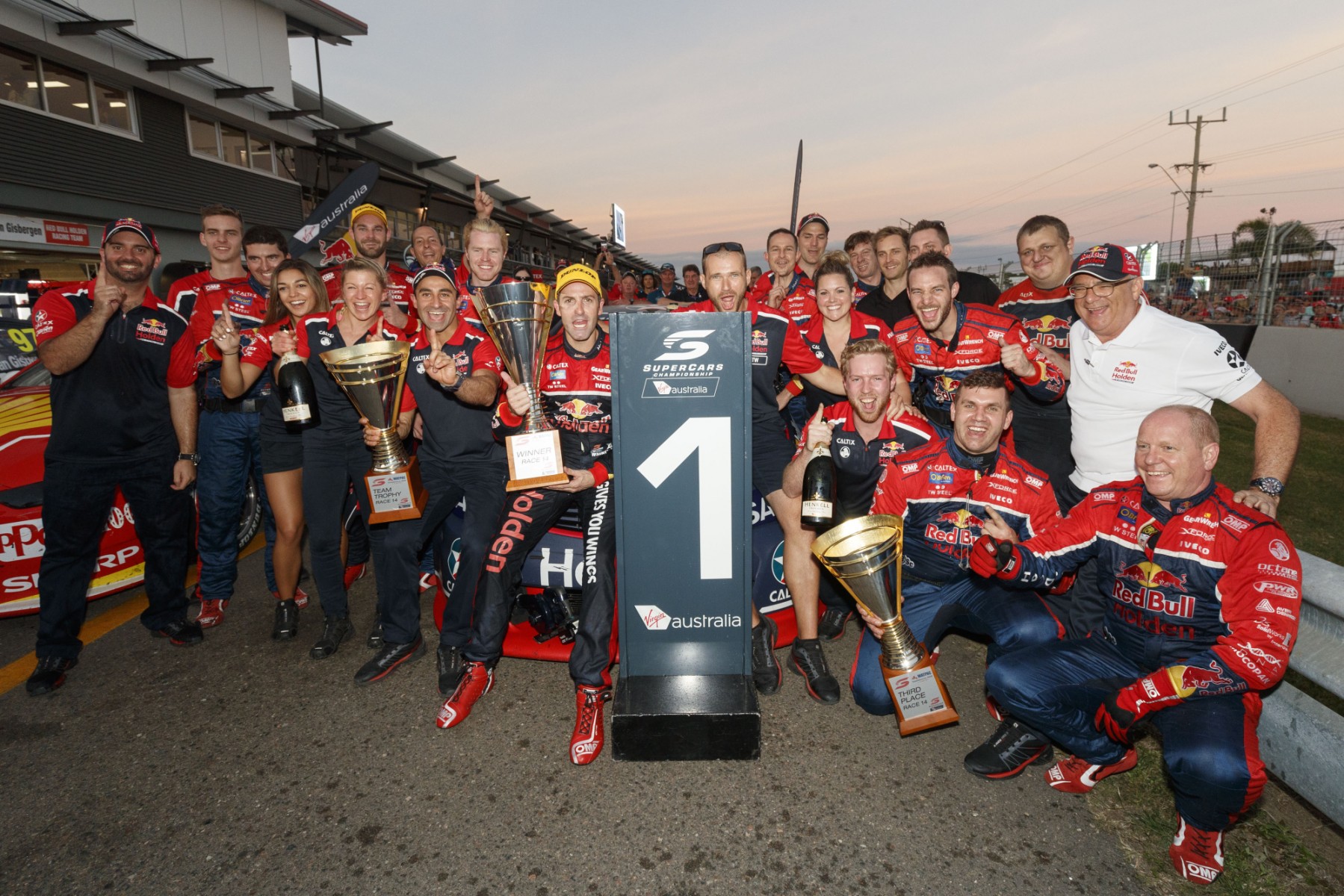 A greater willingness to take risks in the pursuit of race wins was a factor in Red Bull’s victory over Shell V-Power Racing in Townsville on Sunday, says team boss Roland Dane.

Red Bull and Jamie Whincup sprung a surprise by defeating Scott McLaughlin in Race 14, turning the tables from the weekend’s earlier race and qualifying sessions.

While McLaughlin admitted that his team had “tuned the car a little bit out of the window” and hurt its long run pace, strategy played a key part in the result.

Red Bull was aggressive on both rounds of stops – twice pitting Whincup before McLaughlin.

An early first stop and corresponding short-fill gave Whincup track position over the Shell Ford, which he was able to use to pull a crucial gap in the middle stint.

“We were always going to try with either car,” Dane told Supercars.com of the strategy, which was given to Whincup after he passed team-mate Shane van Gisbergen off the start.

“If Shane had a good enough car it would have been him. We were going to take it to McLaughlin and see what happened.

“That was the plan and to be honest we weren’t worried about anything else. One of the cars was going to take him on and be aggressive with strategy.

“It happened with Jamie because he made a better start, cleared (David) Reynolds quickly and pulled in McLaughlin very early in the piece.”

McLaughlin rejoined from his second stop just a second behind with 26 laps to go, but was told by engineer Ludo Lacroix that they were effectively racing third-placed van Gisbergen.

Asked if he was surprised that more focus was placed on defending third than fighting Whincup for the win, Dane said it was consistent with Lacroix’s usual mandate.

“I know that Scotty and Ludo would be looking just at championship points,” said Dane.

“Ludo doesn’t think of race wins the same way that Jamie or I do, he’s only interested in the championship. 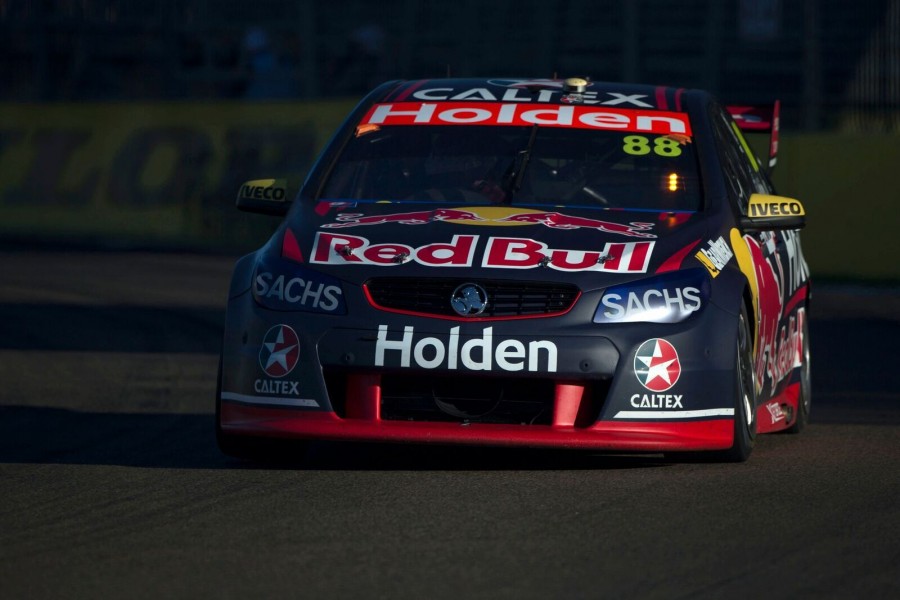 “If that means that they’re not quite good enough on the day, they’ll take a second or third or whatever.

“You saw at Winton they didn’t even try to fight (when McLaughlin was struggling for speed and signalled van Gisbergen to overtake).

“I’ve seen Ludo work like that for a long, long time. It’s his style.”

Dane says that race wins are hugely valuable motivators for his squad while they work tirelessly to combat the might of Penske, which in McLaughlin’s hands still has a fundamentally quicker package.

“It’s unrealistic to think you’re going to win every race but when you’re having as big a fight as this, it’s really important to have everyone motivated and on top of their game and bringing the best possible job to every single race that you can,” he said.

“We’re highly motivated to win. We won at Winton, at Darwin we didn’t and here we needed to come away with a win.”

Dane also paid tribute to Whincup’s efforts after the driver broke his own 2017 duck and equalled team-mate Craig Lowndes at the top of the all-time winner’s list on 105.

“Jamie is as hungry as he ever has been and he’s fitter than he’s ever been. He wants to win it,” said Dane when asked of Whincup’s own ongoing motivation.

“He’s operated at a very high level for over 10 years. The only year that I’d say he’s ever left anything on the table was 2015.

“This year he’s even fitter and trimmer than he’s ever been. That helps him as well as you get older to make sure you’re on top of every element of your game.”