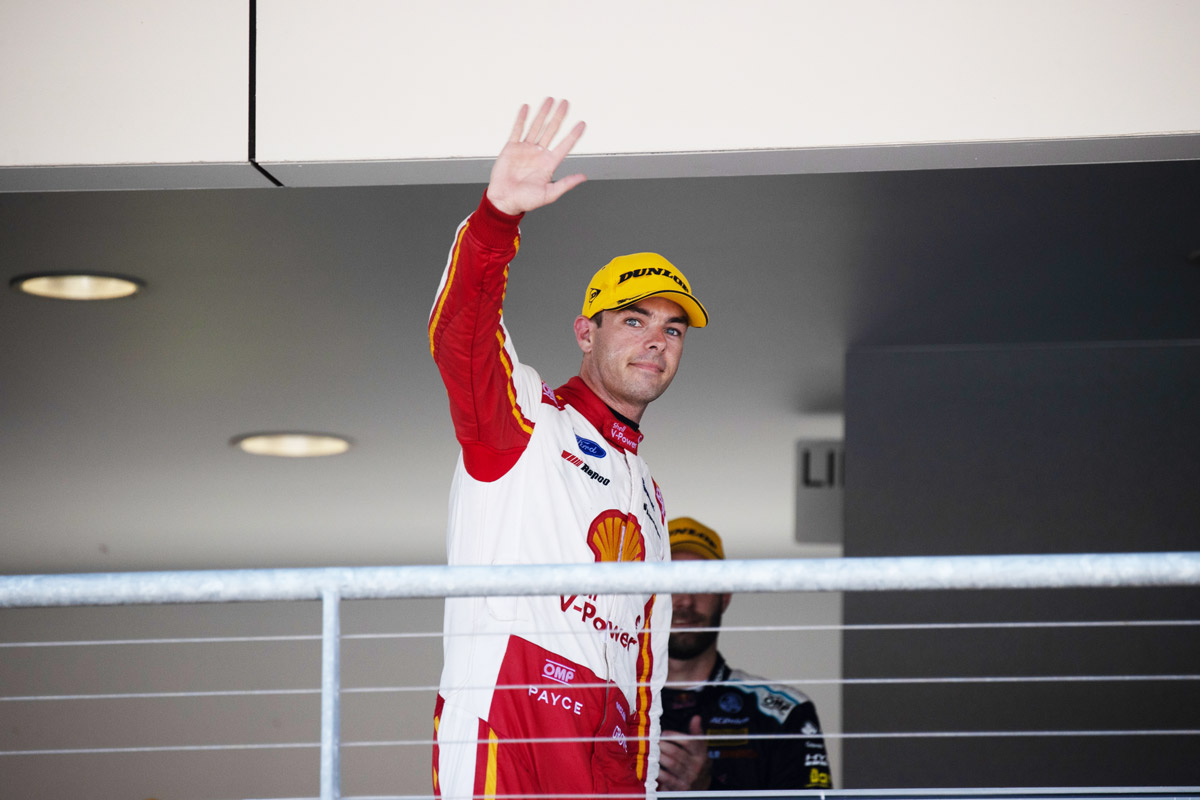 The rivalry between the powerhouse squads reached fever pitch at the second of two Townsville events earlier this month when the respective teams’ drivers engaged in a war of words.

McLaughlin slammed a move by Shane van Gisbergen that nudged him wide enough for teammate Jamie Whincup to follow him through as “average” and that it had set a precedent.

Van Gisbergen’s response included a pointed reminder of the ‘debriss’ controversy of last year, while McLaughlin’s teammate Fabian Coulthard traded barbs with Whincup over the latter’s reference to the Shell squad being a “one plus one” team.

Despite a strong showing across both Townsville rounds, Whincup remains 143 points behind McLaughlin in a two-horse race.

A maximum of 900 points remain available across a doubleheader at The Bend and the season-ending Supercheap Auto Bathurst 1000.

Asked on Parked Up how the championship is shaping up, Dane commented: “We’ve got seven individual races including the big one at Bathurst. Who knows?

“Scotty is doing a great job, he has very much driven with the championship in mind from the off this year and he is a formidable competitor as is the crew around him.

“We always enjoy the challenge even if we get pissed off in the heat of the moment and I think the same applies to him.

“We’re looking forward to it, it will be hopefully a great scrap over the three remaining weekends of racing.

“Honestly it’s exactly what it should be: A big competition between the two best drivers in the category.”

Dane revealed he won’t be onsite for the Repco SuperSprint at The Bend this weekend, instead continuing work on future plans from Triple Eight’s Brisbane headquarters.

Team manager Mark Dutton has commonly led staff on the ground at 2020 events in any case.

“So a bit preoccupied with that right now but then I fully intend to go to Bathurst for sure.”

While McLaughlin is in the box seat for the drivers’ title, the Red Bull Holden Racing Team holds a 42-point advantage in the teams’ championship.