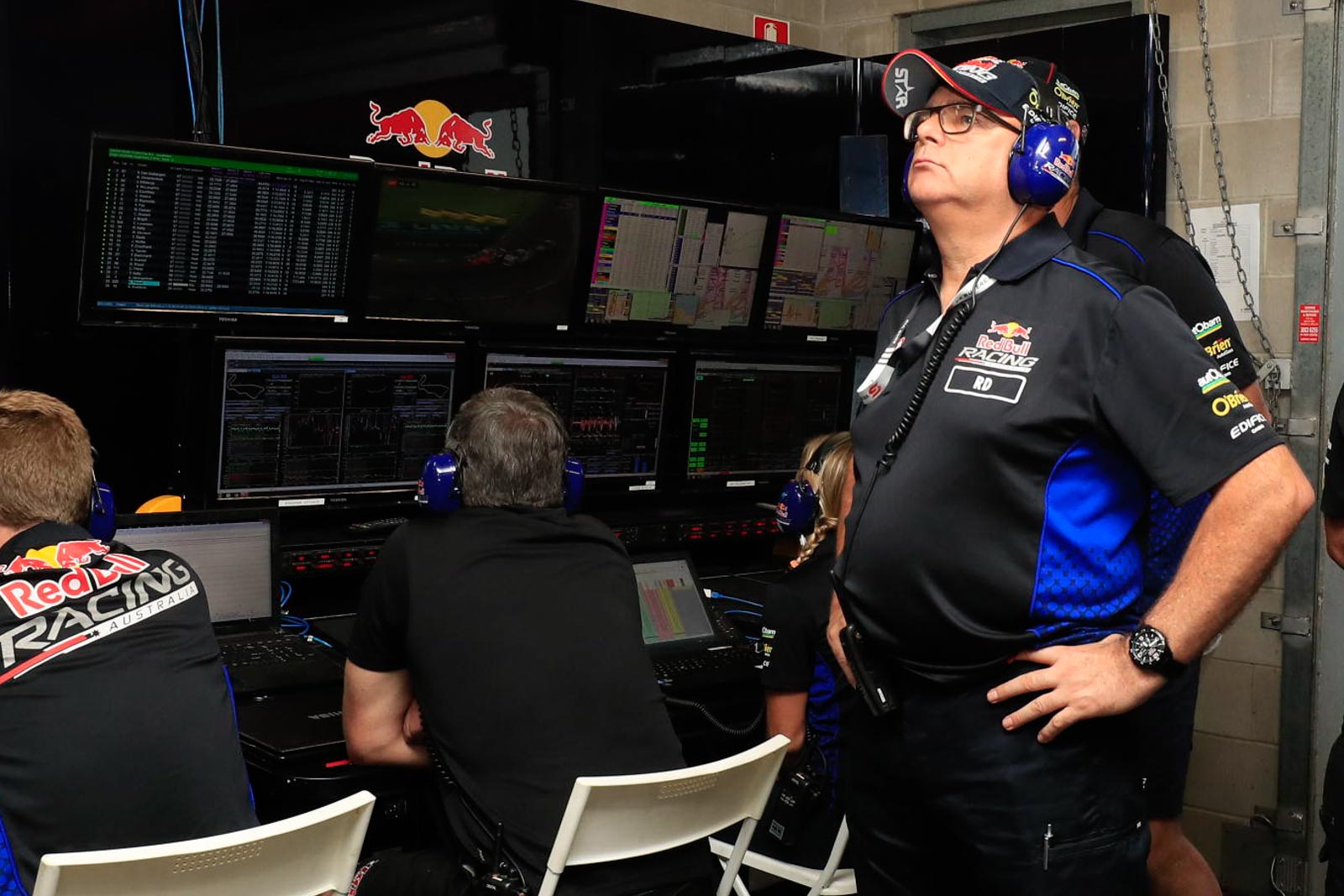 Triple Eight Race Engineering boss Roland Dane says news of Holden’s ongoing participation is not just a positive for his team, but for the Virgin Australia Supercars Championship.

Yesterday news broke that the manufacturer would remain in the sport for at least another three years and back Triple Eight as its sole official Supercars team. It will morph into the Red Bull Holden Racing Team from 2017 and race the next generation Commodore from ’18 in the Gen2 era.

“It’s good to have Holden’s commitment to carrying on in Supercars for the next three years – so that’s very positive, I think for everyone, and for us,” Dane told supercars.com.

“We’re honoured to be the single factory team going forward and also excited to be building the new Commodore.

“So for us it’s a good day and good news. We are very much hoping to carry on the success we’ve built across a decade in the new era.”

Triple Eight has been the dominant force in Supercars racing since taking its first title with Jamie Whincup in 2008 – with five more since then. The team has earned six Bathurst 1000 wins and successfully expanded to field a third car for Craig Lowndes and locking out the podium on numerous occasions, with its drivers first, second and fourth in the points standings.

Ryan Walkinshaw, whose team Walkinshaw Racing loses the Holden name, will continue to run two cars next season and continue to improve results after difficult times this season.

On being selected to carry on the HRT name, Dane said: “I think our results speak for themselves for more than a decade.”

The team will be tasked with building the next generation car, which will wear the Commodore badge, and supply it to teams.

“I suspect ... people will be sourcing cars or kits from us if they’re racing Commodores in 18, we’ll have to make sure we’ve got a product that works on track,” Dane said.

He would not confirm any details of the plans for the next gen Supercar, saying that process will roll out in due course.

“My job will be to carry on and get it done, they’ll tell you about it in due course.”