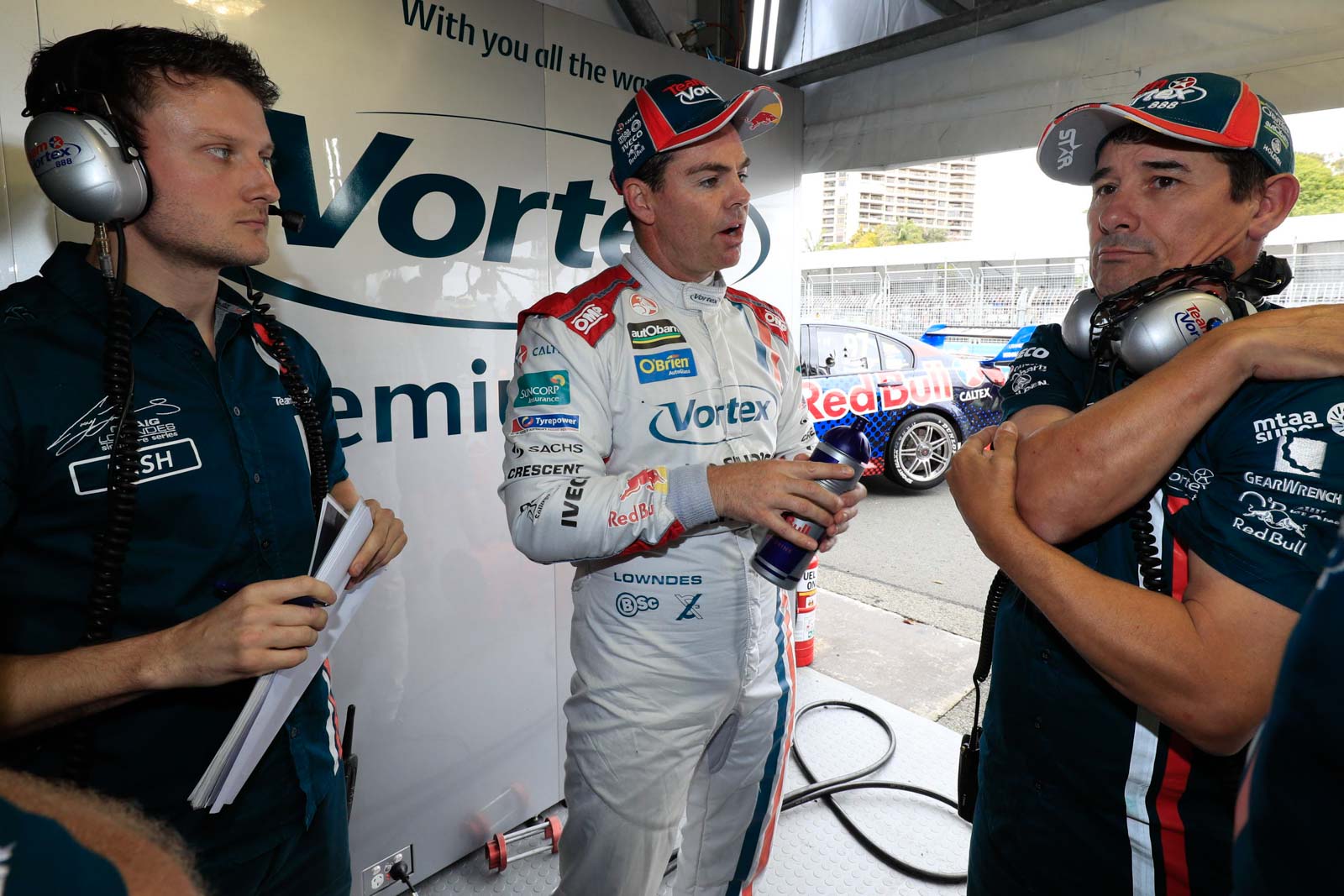 “I’ve known that Ludo was wanting to leave, feeling he’d leave at the end of the year and have known for some time,” Dane said on the FOX SPORTS coverage.

“Clearly it was news to us this week where he was going, so that was duplicitous, but that’s to be expected in this business somewhere.

“When Adrian [Burgess] left, he was honest about it – Ludo hasn’t been which is a shame, but that’s what happens.

“When you’re at the top of the category, which we have been for a decade, people come and steal people off you. It doesn’t surprise me that someone comes along with more money and they want to spend it.”

Dane is pleased to have room to promote some of the next generation of engineers and has also appointed Formula 1 engineer Sam Michael in a consulting role next year.

Craig Lowndes’s data engineer John ‘Irish’ McGregor steps up this weekend to engineer the #888 TeamVortex car at the ITM Auckland SuperSprint. Ken Douglas is supporting McGregor on the car.

While Lowndes would not comment on the situation when approached by Supercars.com earlier this week, six-time champion Jamie Whincup – who was engineered by Lacroix in his early years at the team – said he wouldn’t be surprised to see Lowndes take control and score his career first win at the New Zealand circuit.

“Ludo is heavily involved with Lowndesy’s car, so that might rock the boat a little bit there,” Whincup said.

“I can see Lowndesy having a win there this weekend though, I can see that story folding out.”

Whincup said Lacroix would be missed, but the team has a plan in place to ensure it continues moving forward. Becoming the official Holden Racing Team next year, the team will lead the Gen2 development as 2018 approaches.

“Ludo has been around Triple Eight for 17 years, it’s a shame we’re losing him, we’d love to have him forever, but he got a better offer at Penske, so we wish him all the best,” Whincup said.

“We’ve got a solid plan in place to make sure Triple Eight Racing is a force to be reckoned with in the years to come.”

Lowndes was in-line for a win last year before a dramatic tyre failure on Saturday, that triggered a switch to the hard Dunlop tyre for the Supercars this year.

He is sitting third in the championship points, 385 behind Shane van Gisbergen, heading into the weekend as Whincup and van Gisbergen battle for the top spot, 148 points the difference.