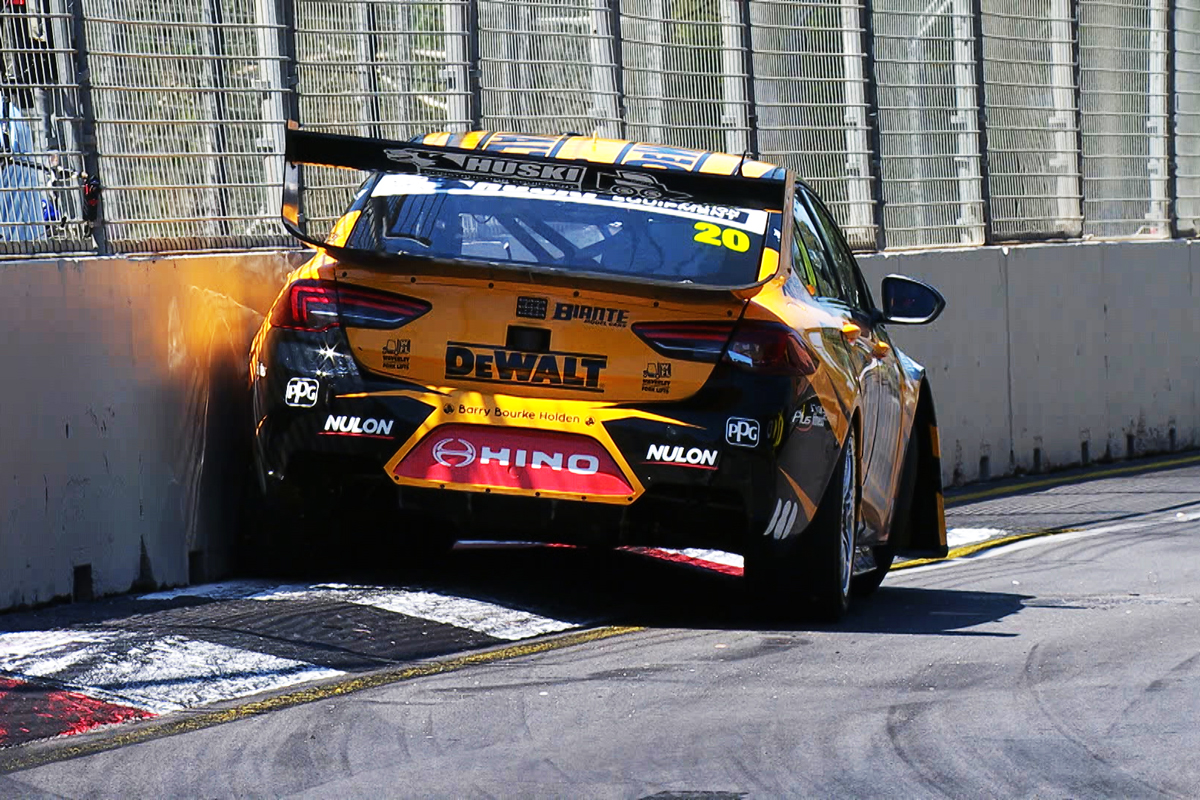 Scott Pye’s DEWALT Racing Commodore will sit out Practice 3 after a heavy crash earlier today at the Superloop Adelaide 500.

Midway through the session, Pye’s Commodore made heavy contact with the concrete at the exit of Turn 7 after a right-front suspension failure.

“We’ve got to get it 100 percent right before it goes out, which will be tomorrow.”

Schwerkolt confirmed a suspension failure caused the crash; the reason for which supplier Triple Eight is currently investigating.

“Unfortunately the bottom arm has broken over the [apex] kerb,” he said, stressing his new recruit was not at fault.

“[Pye] didn’t hit a wall or anything, he did everything right, but something has gone wrong.

“We crack-test everything, so we’ve got no idea [why it broke], but it’s down at Triple Eight now and they’re having a look at it.

“The concrete isn’t very forgiving so it did a fair bit of damage to the left-side of the car.

“The [left-front] rail has a mark in it, but it’s mainly bolt-on stuff. They’ll sort it out for tomorrow.”

Pye’s teammate Mark Winterbottom had earlier in Practice 2 escaped a brush with the Turn 8 concrete.

Starting at 6pm, Practice 3 will have a bearing on Sunday action, with the top 10 drivers this evening proceeding to Q2 on Sunday.

The same situation had been the case for Practice 2 with relation to Saturday qualifying.

Per the knockout format in place, the bottom 14 drivers of the associated practice session will take part in Q1.

The top four from there will proceed to a 14-car Q2 session, with four drivers eliminated to form the field for the ARMOR ALL Top 10 Shootout.