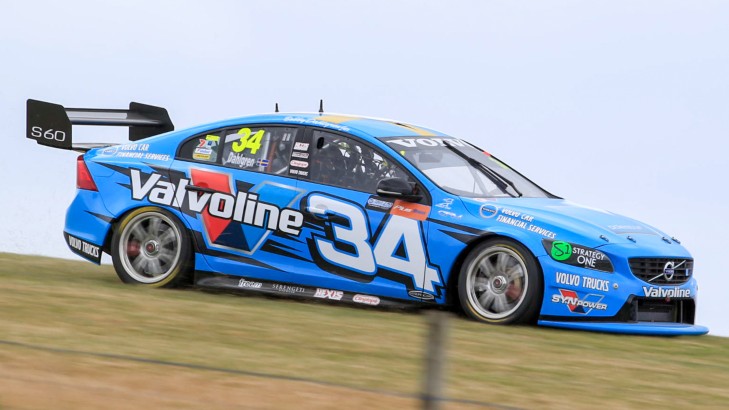 Dahlgren has been a key factor in the establishment of Volvo Polestar Racing in their successful debut V8 Supercars season, and his global motorsport experience will see him continue to play a critical role in a number of new assignments in Sweden with both Polestar and Volvo Car Group in 2015 and onwards.

"To be involved in such a successful debut V8 Supercars season has been incredibly rewarding, and I am proud to have played a key role in the development of the new car and engine, linking GRM in Melbourne with Polestar in Gothenburg," said Dahlgren.

"The entire GRM team - and the Australian motorsport fans - have all been incredibly welcoming to me and my family. The V8 Supercars Championship is without doubt one of the best in the world and I leave Australia with many happy memories."

"We at GRM are very thankful to Robert for the assistance and professionalism he has displayed in his 12 month contract with our race team. As much as sheer race results may not indicate the true value of Robert's input, his off track input and work has been very much appreciated, and we wouldn't be where we are today without him.

"Robert has a very good engineering mind and his knowledge on the processes within both Volvo and Polestar have been extremely helpful with our transition to a factory Volvo Polestar team. I wish him, his wife Nina and young son and daughter all the best in their return to Sweden."

"Robert's results on track were what we were to expect with a new car, new engineer and new tracks. However, his task in aligning the R&D work between Gothenburg and Melbourne was done well above the pace we could expect. Now, we need Robert back home again for coming projects."

Further communication about the 2015 Volvo Polestar Racing V8 Supercars driver line-up will be communicated in due course.

Johnson: It's been a big job