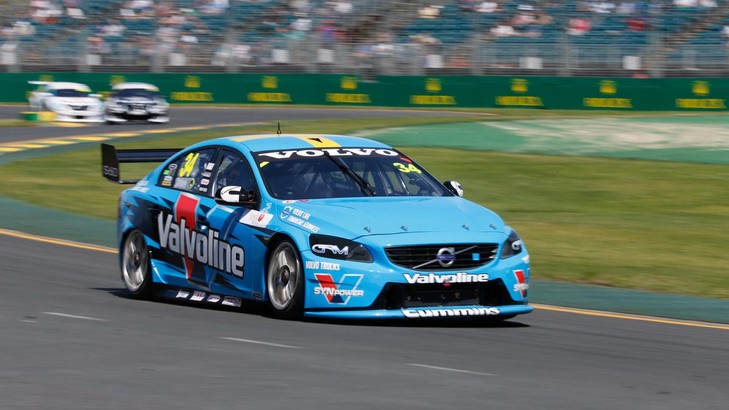 After cutting his teeth at the Clipsal 500 Adelaide, rookie Robert Dahlgren has finished the first practice session 14th in his Volvo S60.

The Swede said he was getting comfortable his new V8 Supercar, and with Albert Park a similar style of track to what he is used to, Dahlgren is confident he will learn quickly at this weekend’s MSS Security Challenge.

“The car was good – it’s just (my) first time here and another track,” Dahlgren told v8supercars.com.au after the session.

“The track (in Adelaide) was ok to learn, but the track together with that car took me a bit longer than I’d hoped to learn.

“But come to this track and it’s a bit smoother, it’s easier to feel what the car’s doing so I will learn faster during this event than I did at Adelaide.”

Dahlgren – who sits 24th in the Championship points after some technical issues at the Clipsal 500 opener (team boss Garry Rogers explains here) – is settling in quickly at his new Valvoline Racing GRM home and was itching to get back on track this afternoon.

“I feel more at home now. The car is good. We need to do a few tweaks but we’re not far off.

“I’m looking forward to the next session – now I know at least the way the track turns!”

Practice results are always dependent on the tyres the teams are using – and teams can use pre-marked soft and hard Dunlop tyres at this event – but Dahlgren insists he didn’t use good rubber to set his time in the first session, though he ran used softs at the end of his dash.

“I don’t know what others are running – everything is compared to others – but I didn’t run new or very good anything.”

Fresh off his podium at the Clipsal 500 Adelaide, the team has played on McLaughlin’s new catch phrase, with a new roof design on his bright blue S60.

Meanwhile, also off the back of the Clipsal 500 Adelaide, Team BOC has the names of all supporters who sent good luck messages when building Brights Commdore printed on the wing of the car – roughly 1600, the team reports. 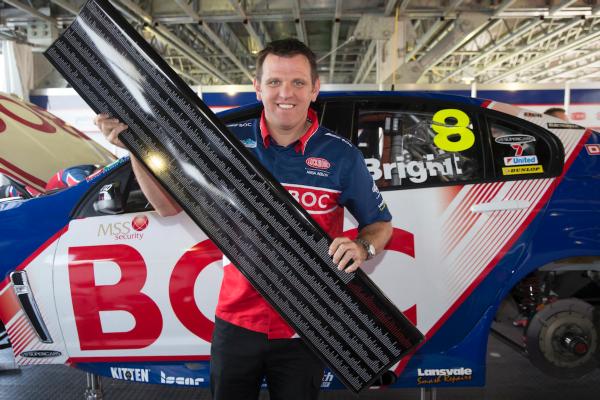 Caruso, who placed second in the session, is running a new livery for the weekend.

The V8 Supercars have another 30-minute practice session at 4.10pm local time ahead of this afternoon’s qualifying sprint at 6pm.

Slade tops Practice, Ahead of Nissan and Volvo

Out with Mistress, in with Brodie

12/03/2014
Related Content
15' Wilson Security Racing GRM ›
2014 Formula 1 Rolex Australian Grand Prix  ›
Stay In The Know
Sign up to the Virgin Australia Supercars Championship Newsletter
We use cookies to ensure that we give you the best experience on our website. If you continue to use this site we will assume that you are happy with it.Ok