D'Alberto Ready To Bounce Back

D’Alberto Ready To Bounce Back

D'Alberto Ready To Bounce Back 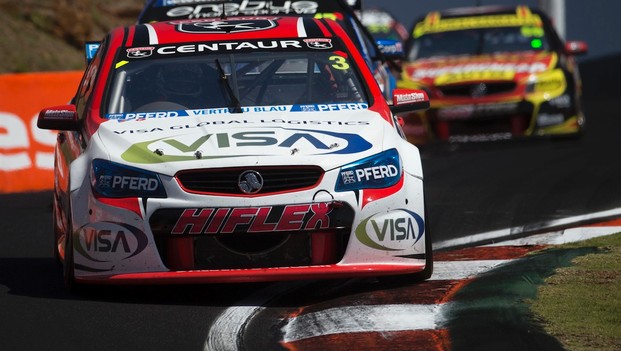 Tony D’Alberto is confident his bad luck is over and he can get back to his competitive ways in the final endurance race of 2013, the ARMOR ALL Gold Coast 600.

D’Alberto and teammate Jonny Reid, drivers of the #3 Team HIFLEX Commodore VF, were plagued by mechanical problems at both the Wilson Security Sandown 500 (throttle) and Supercheap Auto Bathurst 1000 (broken damper).

The issues at those events were out of the hands of the Team HIFLEX squad.

Despite being taken out of two of the biggest races of the year, D’Alberto has remained in 16th place in the Championship – a testament to his form prior to the endurance races.

With all of the bugs ironed out, D’Alberto is confident the #3 Holden will not only last the distance at the ARMOR ALL Gold Coast 600, but offer a competitive challenge to the V8 Supercars field.

“I really enjoy street circuits. Last year, we were really quick there and there’s no reason why we won’t be competitive again.

“The endurance season hasn’t been that successful for us so far, but it’s all been out of our control. As a team, we’re going OK, we just need a little bit of luck on our side.

“We’re confident that the car will be somewhere competitive, but after two rounds with reliability problems, there can be doubt in your mind, but the issues that we’ve had have been really left field stuff.”

D’Alberto is also positive about Reid’s previous showings at the Surfers Paradise circuit.

“Jonny is looking forward to the Gold Coast too. He had a couple wins in the Porsche there last year. He knows his way around the place so I feel we’ve got everything in place to give it a good crack.”

Team boss Al D’Alberto says the team has everything it needs for the results it deserves.

“We’re looking to bounce back from the last couple of rounds,” he said.

“I’m confident in the team and the equipment we have to get the results we deserve. Sandown and Bathurst were very disappointing, especially when the speed was there and it turned out to be a missed chance.”

D’Alberto and Reid sit 27th in the race for the PIRTEK Enduro Cup, and D’Alberto is 16th on the Championship ladder.

Four practice sessions will be held on Friday, followed by qualifying and a 300km race each day. Saturday also features the ARMOR ALL Top 10 Shootout. Tickets are still available for the event.

Still Time to Secure Your Tickets

Tony D'Alberto  ›
15' Team CoolDrive ›
2013 Armor All Gold Coast 600  ›
Stay In The Know
Sign up to the Virgin Australia Supercars Championship Newsletter
We use cookies to ensure that we give you the best experience on our website. If you continue to use this site we will assume that you are happy with it.Ok