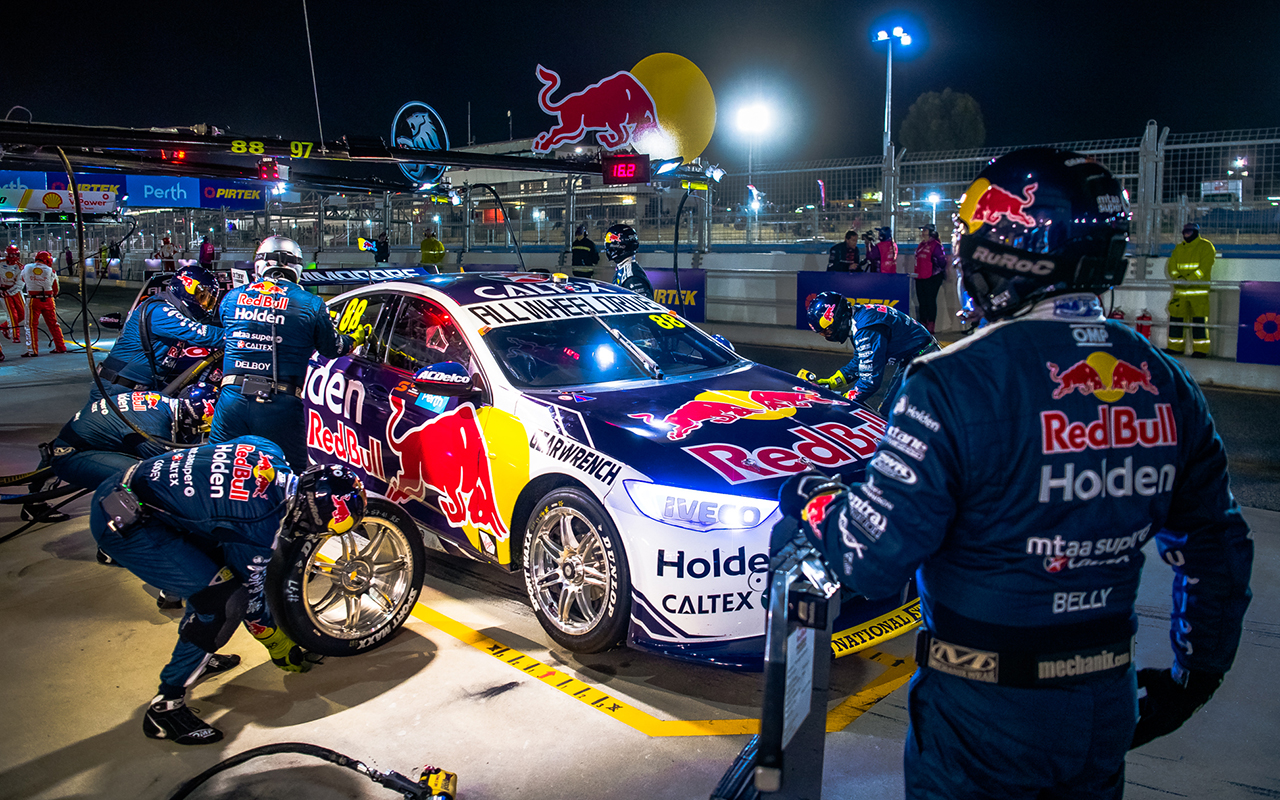 Team manager Mark Dutton says changes to Triple Eight’s pitcrew paid dividends at the PIRTEK Perth SuperNight, and served as a reminder to the team that “we need to be on our toes”.

The squad has endured a number of pitstop issues this season, highlighted by outlap wheel losses for Shane van Gisbergen and Jamie Whincup at Albert Park and Phillip Island respectively.

Phillip Island, where Whincup’s car had been lowered before the new right-front wheel was fully attached, triggered immediate changes; a move Dutton says was not taken lightly.

Describing “no mistakes” across the board as a key goal for his team’s weekend, Dutton was pleased with the squad’s performance.

Whincup ended both races as the top Commodore, fourth on Friday and second on Saturday, while van Gisbergen banked two fifths.

“You do have to treat it, we think, like most other team sports, where the line is; call it your run-on team,” said Dutton of the pitcrew reshuffle.

“Whether it’s footy or soccer or whatever it might be, sometimes you have to bench a certain player and then change your run-on team, to change and shake it up as much as anything.

“Ultimately you have to put your best foot forward, but you also have to remind everyone that we need to be on our toes.

“And it hurts. It hurts for the crew when they get taken off the line, because it’s such a big adrenalin rush for all the pitstop crew.

“It’s a big call, actually, we don’t take that lightly. It’s not something we have a laugh and say ‘oh, by the way you’re off the pitstop crew’.

“It’s a big deal, but we felt it had to happen and we’re happy with this weekend.” 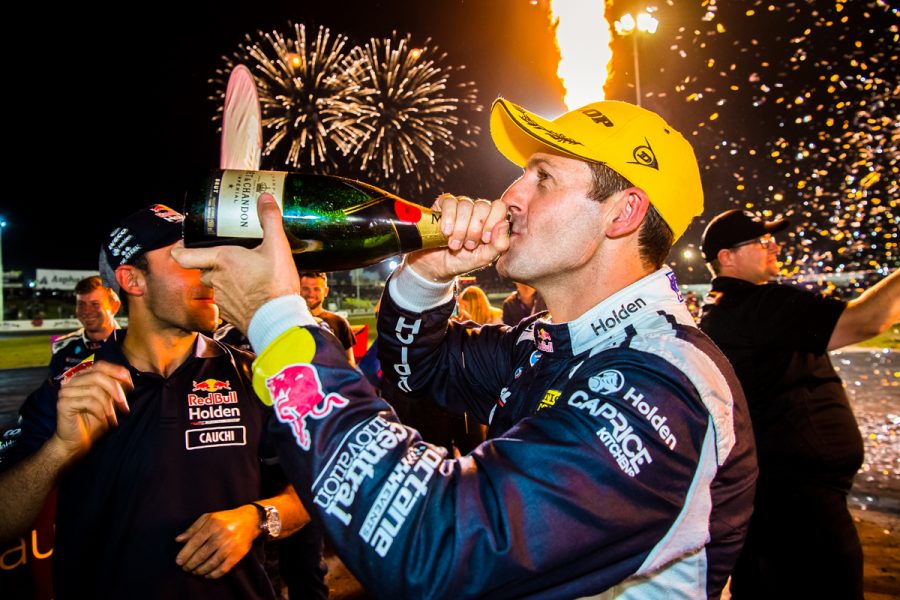 Asked if the pre-Perth changes, the details of which have not been made public, are permanent, Dutton added: “We’ll have to see.

“Off the back of this weekend we should roll forward with the same team because they did a good job.

“Like anything, that doesn’t mean we can’t be better, you can always be better and we do need to be better, but happy overall.”

Van Gisbergen and Whincup are third and sixth in the drivers’ standings after Perth, with the Red Bull Holden Racing Team second to Shell V-Power Racing in the teams’ championship.