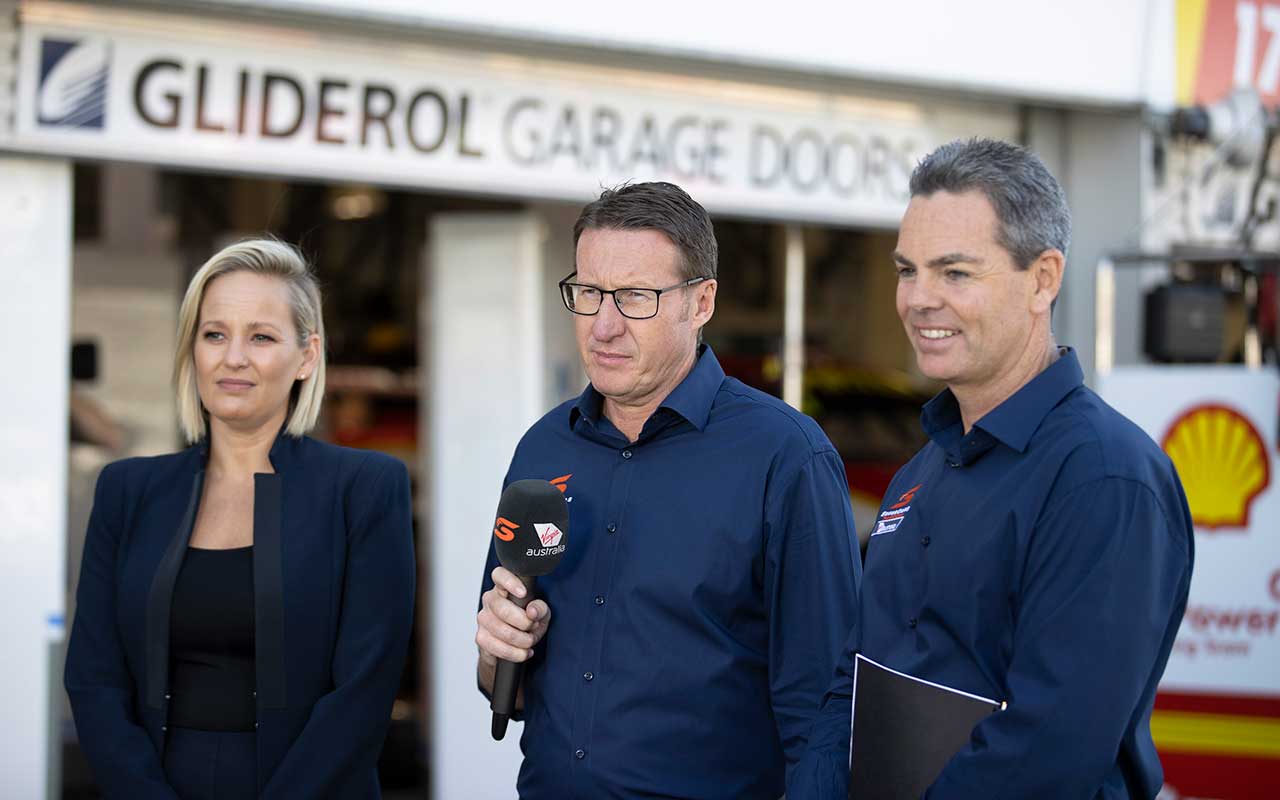 Riana Crehan will return to Supercars’ broadcast line-up at this weekend’s BetEasy Darwin Triple Crown, in place of Craig Lowndes.

Lowndes has elected to remain in Brisbane to support 17-year-old son Levi, who is recovering from a recent motocross accident.

It marks a return to the pitlane reporter role for Crehan, who has been absent from the broadcasts since racing returned in June.

The late swap is one of several changes for Darwin, as Supercars continues to adapt to challenges brought about by the COVID-19 pandemic.

Fox Sports, Kayo Sports and Network Ten will all carry live coverage across both days of the August 15-16 BetEasy Darwin Triple Crown.

For the first time, production of coverage for the track sessions, which is handled by Supercars Media, will be split between an onsite team at the circuit and a Sydney-based studio.

They will be supported by Mark Larkham and Crehan in pitlane at Hidden Valley.

Ten will likewise have its hosts Scott Mackinnon and Kate Peck in a Sydney studio, with input from Andrew Jones at the circuit.

Will Davison and Michael Caruso will also provide analysis for the Ten broadcasts, with the former in Ten’s Brisbane studio and the latter at his home in locked-down Melbourne.

It marks a TV debut for Davison, who lost his full-time drive with 23Red Racing due to the pandemic, while Caruso has recent experience with Ten on its RPM program.

As per usual, Fox, Kayo and Ten will all utilise the same feed for the track sessions, featuring Crompton, Skaife, Larkham and Crehan.

Supercars’ general manager of television and content, Nathan Prendergast, says splitting the production in two for upcoming events is a new challenge.

Prendergast himself will be directing the on-track action from Darwin, with usual onsite lead Brian Forshaw directing the Sydney component.

“It was impractical to have the entire broadcast team on the road for such an extended period,” Prendergast told Supercars.com.

“What we’re doing in terms of splitting the production is basically a first for Supercars.

“Ideally everyone including Mark and Neil would rather be onsite to get their research sorted, but we’ll setup WhatsApp groups with the team owners and so on to get the information flow.”

Supercars Media has also sourced cameras and ancillary broadcast crew from Queensland and South Australia for Darwin, due to regular fly-in crew from Melbourne and Sydney being unable to travel.