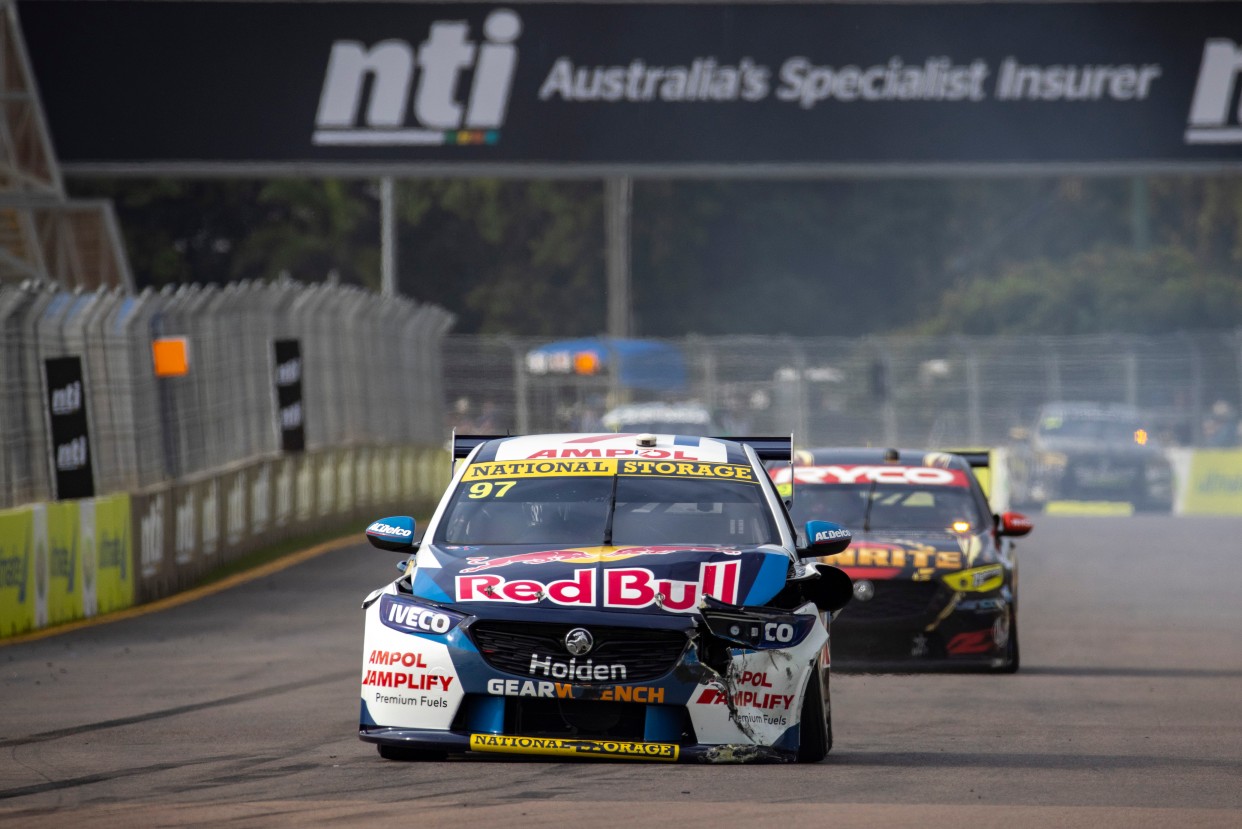 With the 2021 Repco Supercars Championship fast approaching, teams and drivers will be anxious of the thought of bent cars.

The 2020 season played host to its fair share of on track drama, from championship-changing shunts to qualifying disasters.

While the balance of the season didn't feature too many car-killing crashes, many teams were at times left wincing when their cars returned to the lane on the back of a flatbed truck.

Check out Part 1 of the 2020 season's most dramatic and chaotic incidents.

In his first race meeting for Team 18, Scott Pye suffered a major impact at Turn 7 in second practice. While he wouldn't suffer too much drama for the rest of the season, it was a crunching start to life in yellow and black.

Jack Smith’s first full-time season got off to a terrible start after he crashed heavily during qualifying for Race 2 in Adelaide. The young gun tagged the barrier at Turn 8 with the left rear of the car, and the #4 fired across the track and out of the session.

Team Sydney was forced into a repair job after James Courtney found the Turn 8 concrete for the third time in as many days. The 2010 champion was chasing Andre Heimgartner and fired the Boost Mobile Commodore into the wall.

Jamie Whincup’s season featured some uncharacteristic errors, including his Darwin practice crash. The seven-time champion lost control of the #88 through Turn 7, with the car sliding over the grass before collecting the wall and damaging the rear end.

Brad Jones Racing was already facing a long night due to damage for Nick Percat and Todd Hazelwood, but Macauley Jones made the team’s night even longer after he looped his car into the inside wall at Turn 4.

The Townsville opener played host to a classic concertina at the Turn 2 hairpin, where Shane van Gisbergen was forced into the back of Anton De Pasquale. The #99 was turned around, and the domino effect forced several cars out of contention.

A dive on Shane van Gisbergen from Andre Heimgartner didn't pay off, with the NED Whisky Mustang sent into a spin. Behind them, it all kicked off as cars pin-balled off each other. Mark Winterbottom emerged with the most damage, while a spinning James Courtney avoided a worse fate as he somehow avoided the field.

This moment had everyone holding their breath, with the champion-elect nearly destroying his Mustang following a dramatic moment at the Esses. He escaped with minor damage, but it could have been much worse.

A nightmare day for Brad Jones Racing featured a heavy accident for rookie Jordan Boys, who followed up an error earlier in the weekend with a race-ending shunt exiting the final corner.

Matt Stone Racing's torrid weekend came to a crunching end when Zane Goddard sent the #34 heavily into the concrete across the top of the mountain with just nine laps remaining in the race.

Mechanical dramas had already kept the #2 out of the hunt, but it still pained Walkinshaw Andretti United to see Bryce Fullwood crash late in the Great Race. It came just seconds after Jack Smith was sent spinning into the sand at the Chase following a puncture.