The chassis crashed by Macauley Jones at the Superloop Adelaide 500 has been benched indefinitely by Brad Jones Racing.

Although Brad Jones Racing was able to rebuild it in time for the rookie to take part in Sunday's ARMOR ALL Qualifying and race, the decision has been made to put Jones in a different car for the Beaurepaires Melbourne 400.

"There's nothing like stripping the car back bare to be able to have a really proper assessment of what you've got going on," team owner Brad Jones told V8 Sleuth.

"When we got home and assessed the damage we decided that it's pretty extensive and a repair is probably not worth doing.

"There's a couple of bends and kinks in the chassis that looked a little worse than what they did at the track." 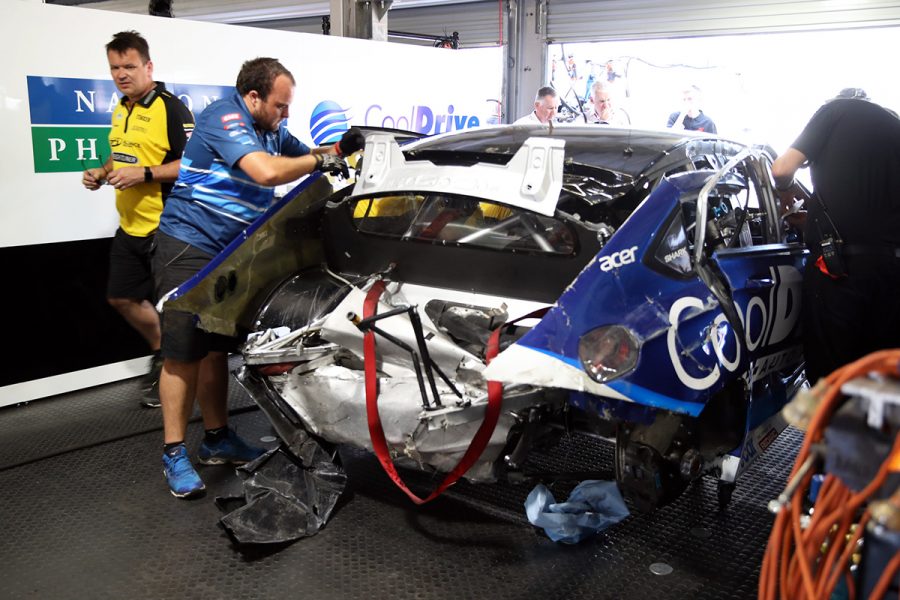 Jones' was in BJR 009, introduced for #21 REC owner Tim Blanchard at Bathurst in 2017 after co-driver Todd Hazelwood's mammoth Sandown accident.

The car Jones will race at Albert Park next weekend has a special history with BJR and in particular with Tim Slade.

Brand-new in 2016 and built as a VF Commodore, it was the seventh Car of the Future constructed by the team.

The crew nicknamed chassis 007 after its favourite Bond girl, Die Another Day's 'Giacinta' or 'Jinx', played by Halle Berry.

'Jinx' became Slade's car for his first season with BJR claiming his maiden Supercars Championship race win with a dominant drive at Winton, below, backing it up with another victory the following day to sweep the weekend.

Slade and co-driver Ash Walsh then raced among the leaders at that year's Supercheap Auto Bathurst 1000 until a disastrous brake pad change took them out of contention.

The South Australian-born racer continued in the same chassis throughout 2017, he and Andre Heimgartner holding a commanding lead on the Saturday at the Vodafone Gold Coast 600 until a problem at the final pitstop dropped them to third. 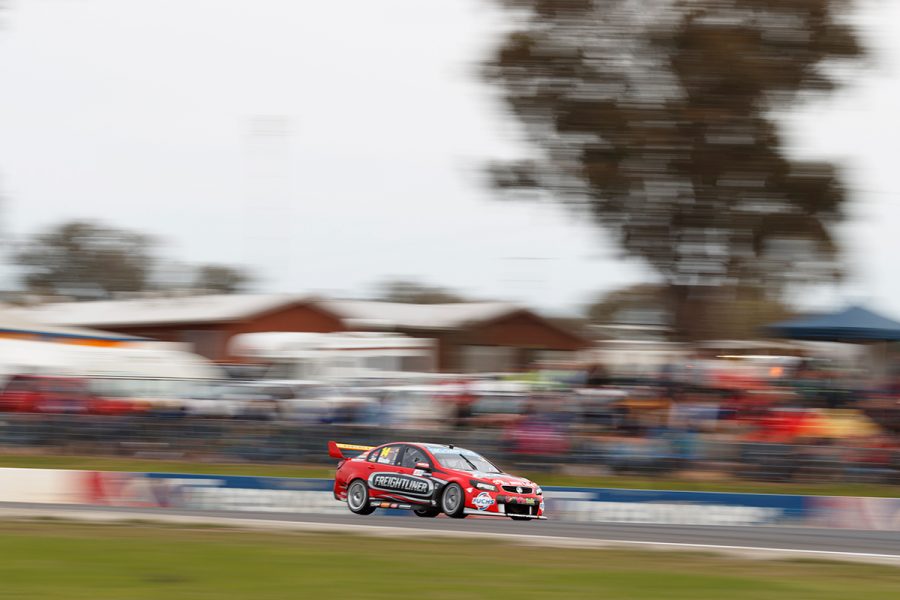 While Slade received a new ZB Commodore for 2018, 'Jinx' was updated to ZB bodywork for Jones to use for his wildcard drives at Hidden Valley and The Bend.

Despite its relatively recent race history, the BJR crew still faces a big workload to turn the car around in time for the event.

"It had been pulled apart for a rebuild," Jones said.

"It didn't have any panels on it and had half a [wiring] loom in it; it wasn't bare, but it's still got a lot to be done.

"Clearly the boys have got a lot of work to do before we load the car in the truck at the end of the week."

'Jinx' is likely to remain as the team's #21 entry for the near future, with Jones unsure when – or even if – the chassis crashed in Adelaide will be repaired and rebuilt.