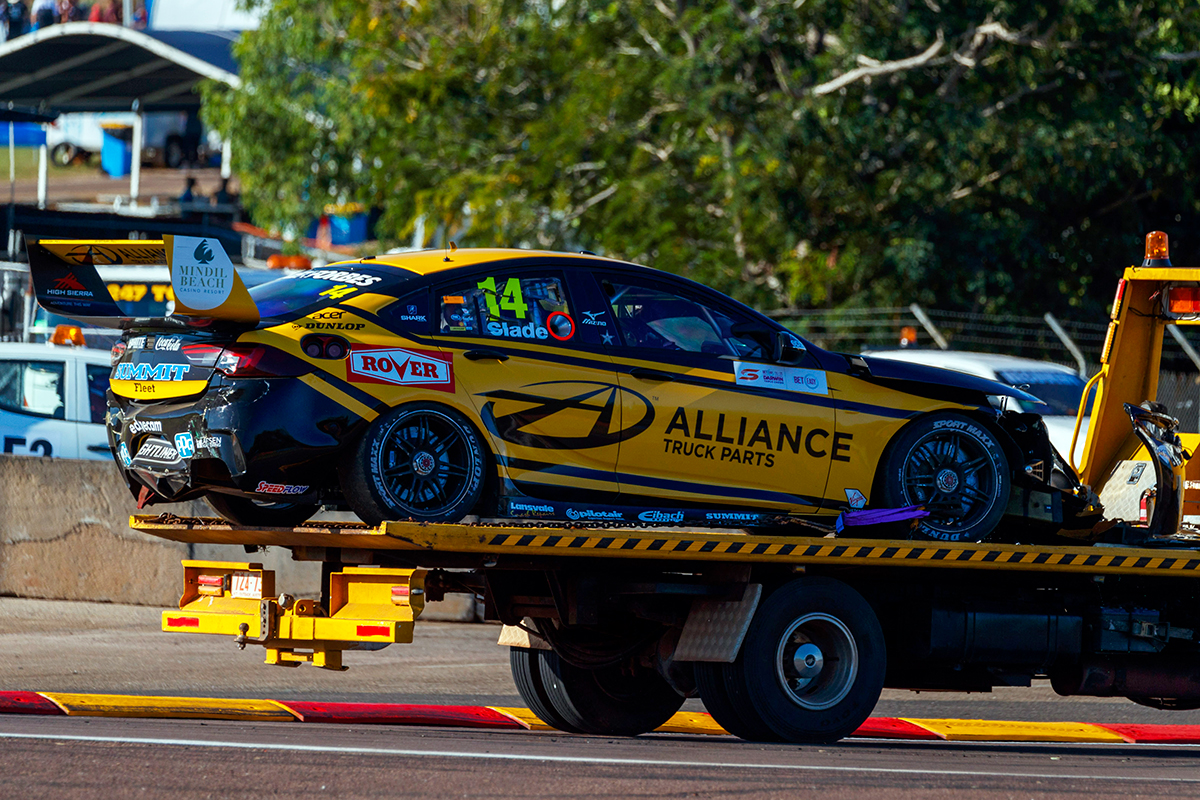 The Brad Jones Racing #14 has sat atop the order since the second of nine events, at Albert Park in March.

It led a BJR one-two heading to the BetEasy Darwin Triple Crown, but Slade was eliminated from Saturday's race on lap two in a clash with Rick Kelly.

That meant Slade did not complete a pitstop to score PIRTEK Challenge points, falling from first with an 11-point buffer to third.

The better news for BJR is that Nick Percat's Dunlop-backed entry was third-fastest through pitlane, and duly moves from second into the top spot.

His crew holds a 10-point lead over Jamie Whincup's Red Bull Holden Racing Team #88, which was fifth-fastest to climb to second from fourth.

Whincup's effort on 123 is one ahead of Slade, with rounds at the Century Batteries Ipswich SuperSprint and OTR SuperSprint to come.

After that, the top four entries proceed to the grand final at the Supercheap Auto Bathurst 1000, with the major prize of $20,000 and PIRTEK Pit Stop Challenge Golden Rattle Gun up for grabs.

There was also change in the fight for fourth in Darwin, with third down to seventh having started the weekend separated by five points.

Andre Heimgartner's Kelly Racing crew led that pack, but had to serve a 15-second time penalty on Saturday for a restart infringement.

It falls to seventh in the order, with Chaz Mostert's Supercheap Auto Racing crew now fourth.

But the defending winner remains down in 14th place after a troubled start, with team-mate Fabian Coulthard 18th.

Penrite Racing was second fastest on Saturday with David Reynolds' Commodore, which sits 10th in the order.