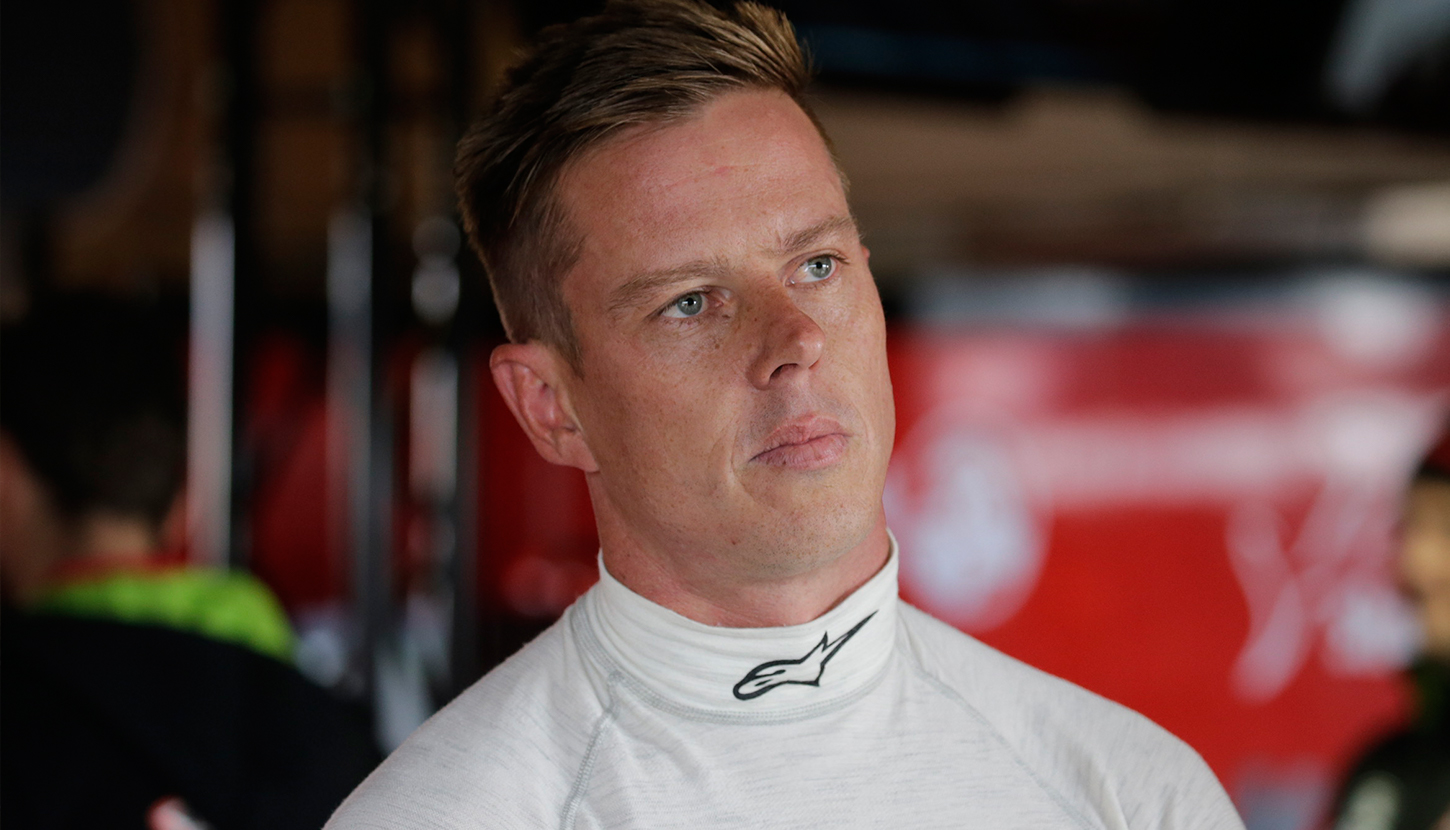 Off-contract former champion James Courtney today broke his silence on his future after topping practice at the Perth SuperSprint.

The Holden Racing Team driver’s options for next year have been a hot topic, with silly season speculation rampant in the pit lane. On top of he and teammate Garth Tander only having contracts until the end of the season, HRT’s deal with Holden also expires at the end of 2016. The manufacturer is yet to outline its future commitment in V8 Supercars, currently backing both the HRT and Triple Eight Race Engineering in the Championship.

Courtney brought the number one to the HRT in 2011, but secured his maiden title with Dick Johnson Racing the previous year in a Ford.

He still wants to deliver the trophy to the esteemed team, which would mark HRT’s first title since 2002 with Mark Skaife.

“I have to make a decision at the end of the year, don’t I – before next year starts,” Courtney said.

“I don’t know – I don’t know, I’ve got to sort out this thing I’m steering at the moment before I get excited and do anything else.

“Six years ago I came here with a goal and I’m a long way from achieving that at the moment with a championship.

“Ideally I’d love to win a championship for HRT. That’s what I want to do – so if they’ll have me back and they have a championship winning car, then I’ll do it.”

Courtney is one of six drivers who have won a race this season, banking race two at the Clipsal 500, but his performance has been inconsistent since.

Major changes overnight in Tasmania and an early test day prompted a rethink from the team, Courtney talking about a ‘truth session’ amongst the group to find a new “philosophy” with the cars.

“We had a bit of a ‘come to Jesus’ moment a couple of weeks ago, and a few hard words were said between us all.

“We had to be honest about how things were and start again, so the cars were really quite different to what we’d normally run. The hardware-side of things is the same, but the way we go about it is very, very different. So hopefully building on that we can develop that process and hopefully stay towards the front.”

Part of the reasons the team’s performance has been scrutinised this year is because of the pending Holden decision.

Courtney said he was not concerned about the manufacturer’s commitment – and while Volvo’s decision to leave the sport was unexpected earlier this week, he seemed confident there would be no change.

“Simon [McNamara, Holden motorsport and sponsorship manager] has got it under control he tells me, so we’ll see. I’m not bothered at all … you don’t know what you think you know until it all comes out, but it seems like it’s all going to continue rolling on.

“Ryan and Martine [Walkinshaw, team owners] are heavily committed and still massively into this to keep it going, so I’m happy.”

Courtney has a challenge ahead of him this weekend given he has never finished on the podium at Barbagallo Raceway in Perth.

He came home ahead of Craig Lowndes and Scott McLaughlin in practice.