Courtney ‘would have done the same’ to Reynolds

James Courtney has no hard feelings against David Reynolds after being knocked out of the race lead at Winton, declaring he “would have done the same thing” if roles were reversed.

Amid a resurgence in form for Mobil 1 MEGA Racing, Courtney had shot from fourth to the lead in a frantic opening four corners to the 40-lap race.

However, a bump in the right-rear corner from Reynolds at Turn 4 on lap two sent Courtney wide, dropping places to Reynolds, Scott McLaughlin and Chaz Mostert.

Reynolds served a five-second penalty at his pitstop for the indiscretion, but retained track position over Courtney, eventually taking third behind McLaughlin and Mostert.

“We were both racing hard,” said Courtney, after trailing Reynolds home in fourth.

“I would have done the same thing. If you're not committed and having a go, then what are we here for?

“I've got nothing against him. He was having a crack and he got a slap on the wrist for it.” 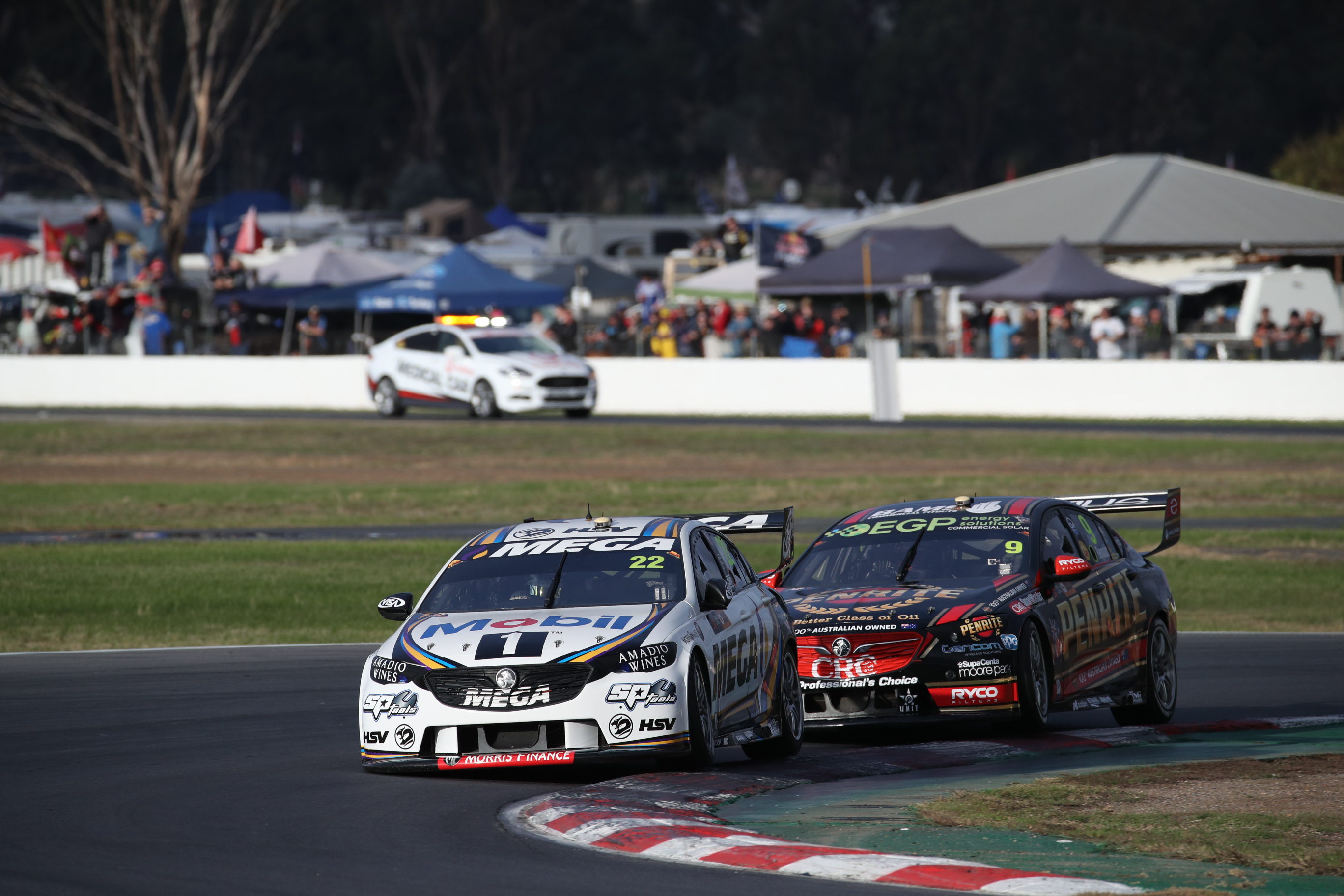 Asked if he thought he could win without the incident, Courtney added: “I could have held them up longer, but ultimately those guys had pretty good speed.

“They were quite speedy, but I think we're chipping away with what we’ve got.”

Reynolds noted how dirty the track was in the opening laps, which he felt contributed to the early action.

“Down into Turn 3 Courtney had a little moment on the exit and I tried to get a run on him,” he recounted.

“We clashed and he came off a little worse than me. I didn't think there was much in it, but we accept five seconds and roll on.”

Reynolds added his team did not inform him of the penalty until he was in pitlane after leading the first stint, ready to take his stop.

“It was probably the right time to tell me, when I was at 40 kays and couldn't do anything about it,” he said.

“I had to accept it pretty quickly and move on. If [engineer Alistair McVean] told me, I probably would have pitched it off the road at the next corner.

“Engineers are engineers, they're very smart technically, but they're also psychologists as well.” 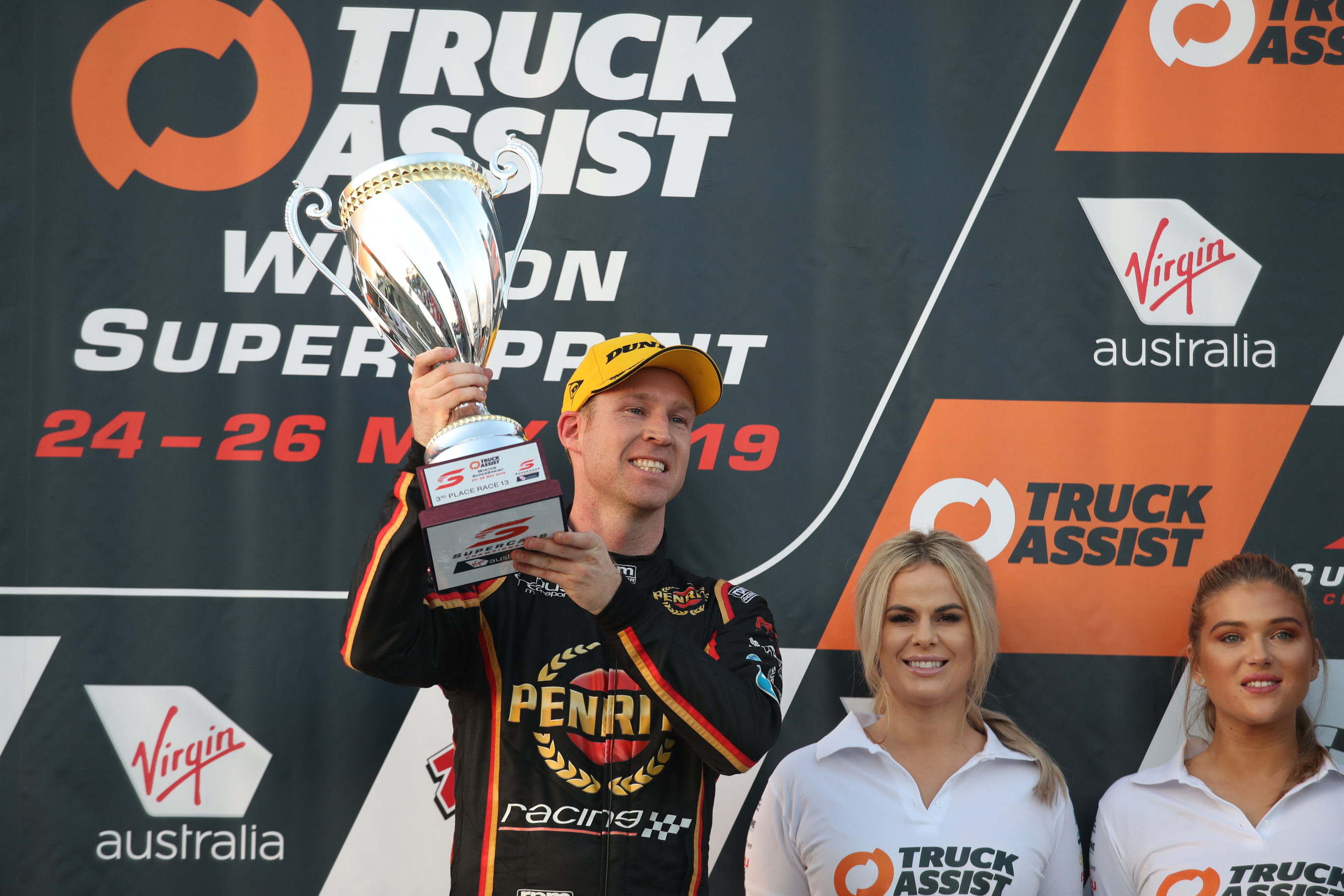 Courtney said he enjoyed the frantic opening corners, which included taking the lead from Fabian Coulthard at Turn 4.

“I was thinking 'I hope mum and the kids are watching',” he said.

“It's been a while since I've had daylight in front of me. It was good, I was enjoying it.

“I saw it all unfolding and maybe a bit of experience came in with the young kids.

“On the way in I saw him [Mostert] snagging the front, so I made sure I got in and up the kerb to get as much rotation as I could. Then I just gassed it up.

“I had a lot of fun at the start. The whole race was good. When the car is good and you're racing for podiums, that's what we're all here for.

“I had a good day. It's been a while since I've got out of the car in each session and been happy.”