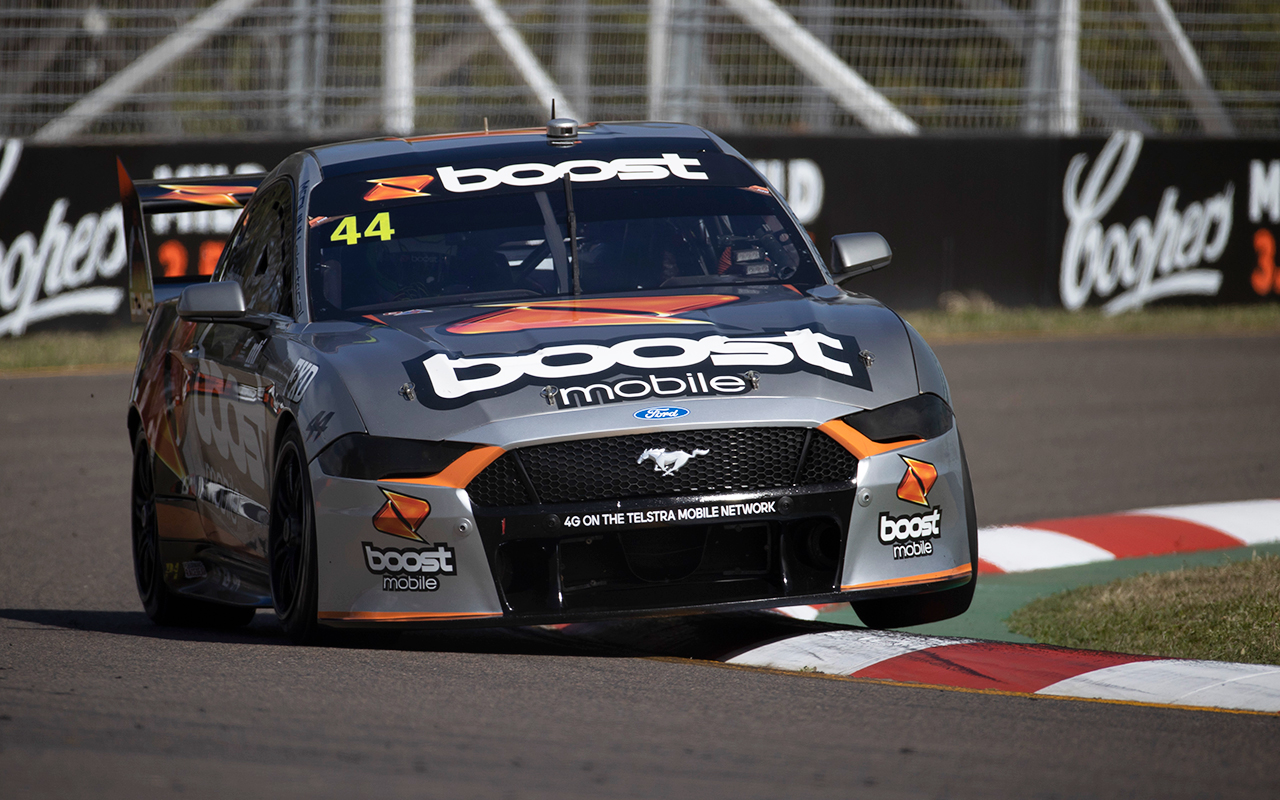 Drivers took to the Reid Park street circuit for the second time in a week, looking to improve their cars for the second leg of the Townsville double-header.

Chaz Mostert sat atop the order from the 10-minute mark until the final minute, where he was demoted to fifth by a series of drivers going quicker on a second set of tyres.

Tickford Racing driver Courtney’s 1:12.6292s was the quickest of all, putting a smile on the face of team boss Tim Edwards.

Edwards has returned to the paddock this weekend for the first time since Albert Park in March, before Courtney joined the team. 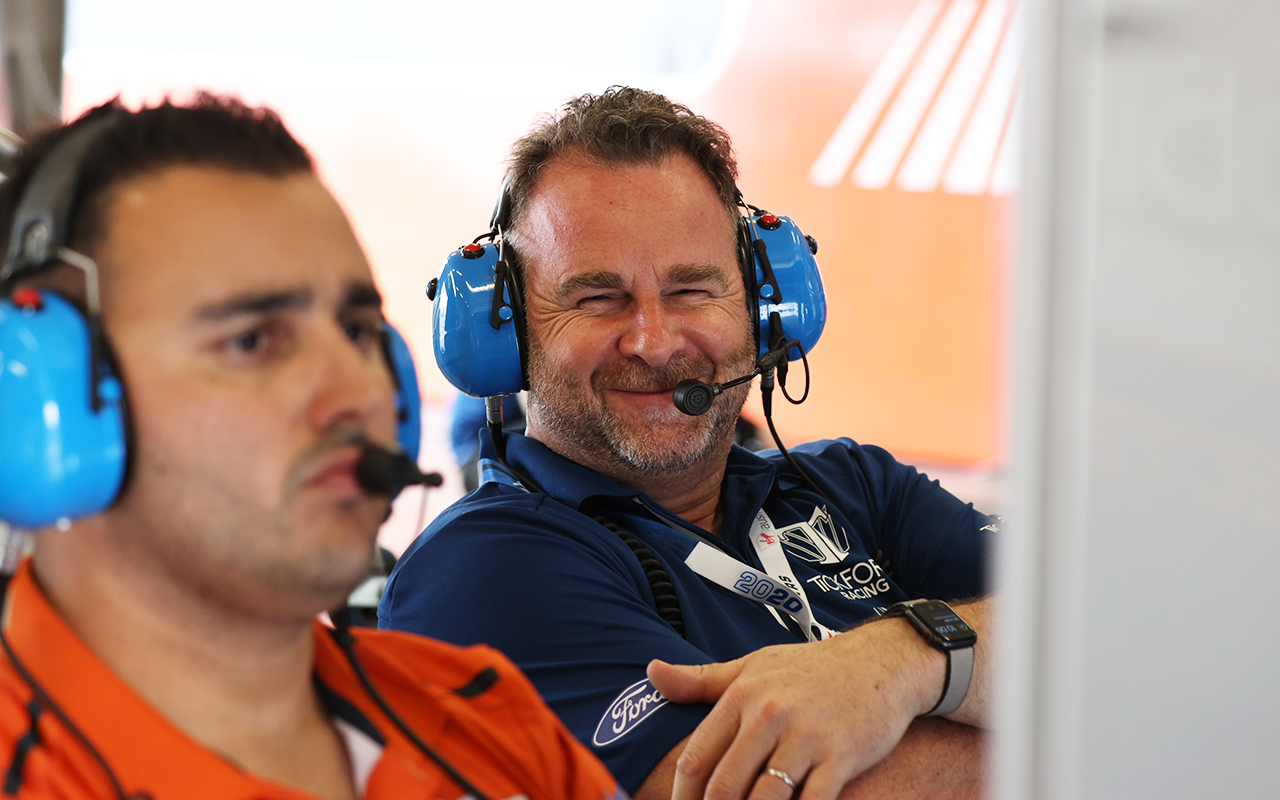 Van Gisbergen had a series of wild moments during the session, including a run down the Turn 11 escape road and two trips to the grass at the high-speed Turn 6.

Bryce Fullwood, who had been the first to knock-off Walkinshaw Andretti United teammate Mostert, ended up third ahead of Team 18’s Scott Pye – the top four separated by 0.0956s.

David Reynolds was 11th. The Penrite Holden didn’t complete a flying lap until the 18-minute mark, with the team having to change the car’s coil pack to cure a misfire.

“It was carrying on like it’s missing a spark plug lead or something like that,” explained Reynolds after the session.

“The boys put the new coil pack on and that sort of fixed it, but we wasted about 15 minutes.” 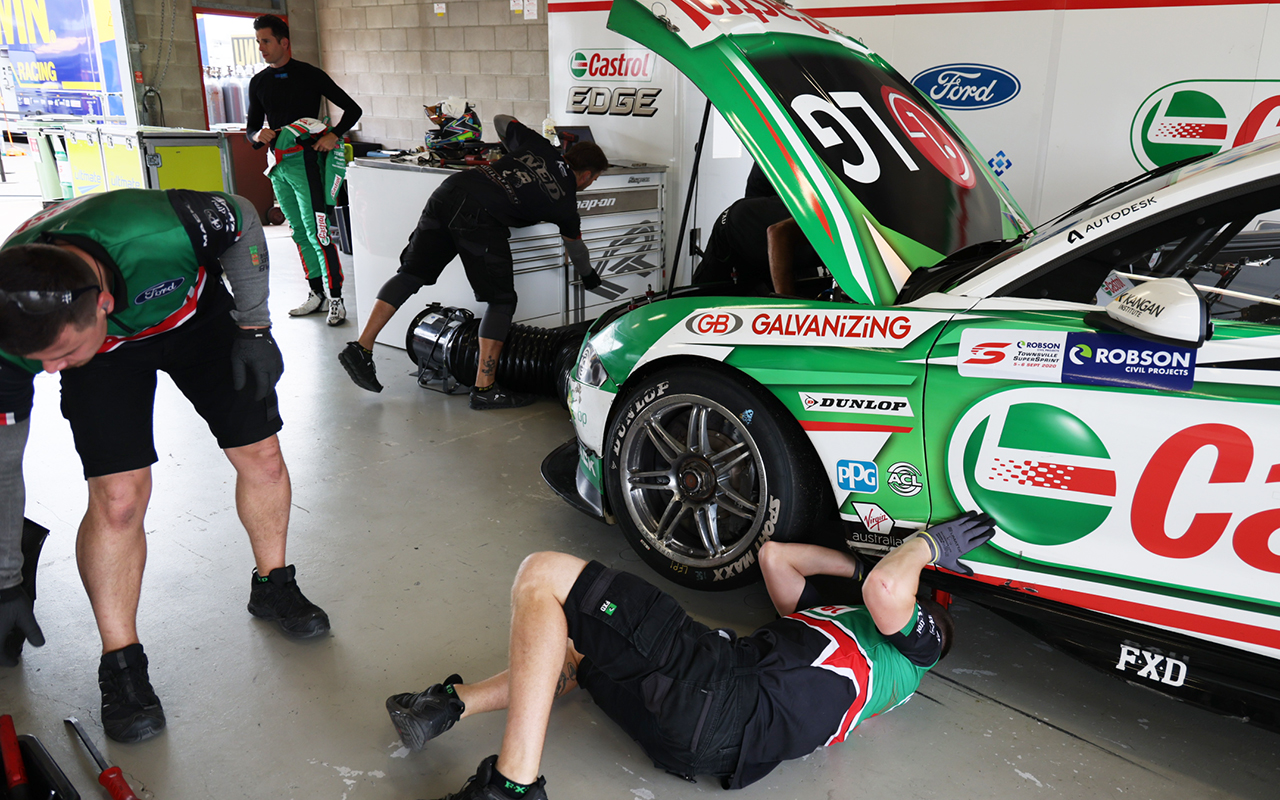 Rick Kelly ended up at the foot of the order, albeit just 1.1224s from the pace, as he struggled with a stuck throttle.

That triggered a trip down the Turn 11 escape road before Kelly headed for the pits.

“It’s not that much fun when you’ve got that amount of horsepower, but thankfully we didn’t hit anything,” he said.

Earlier in the morning, Chris Pither celebrated the recent arrival of his first child by topping the rookie practice session.

A second 30-minute, full-field practice session will take place prior to ARMOR ALL Qualifying.