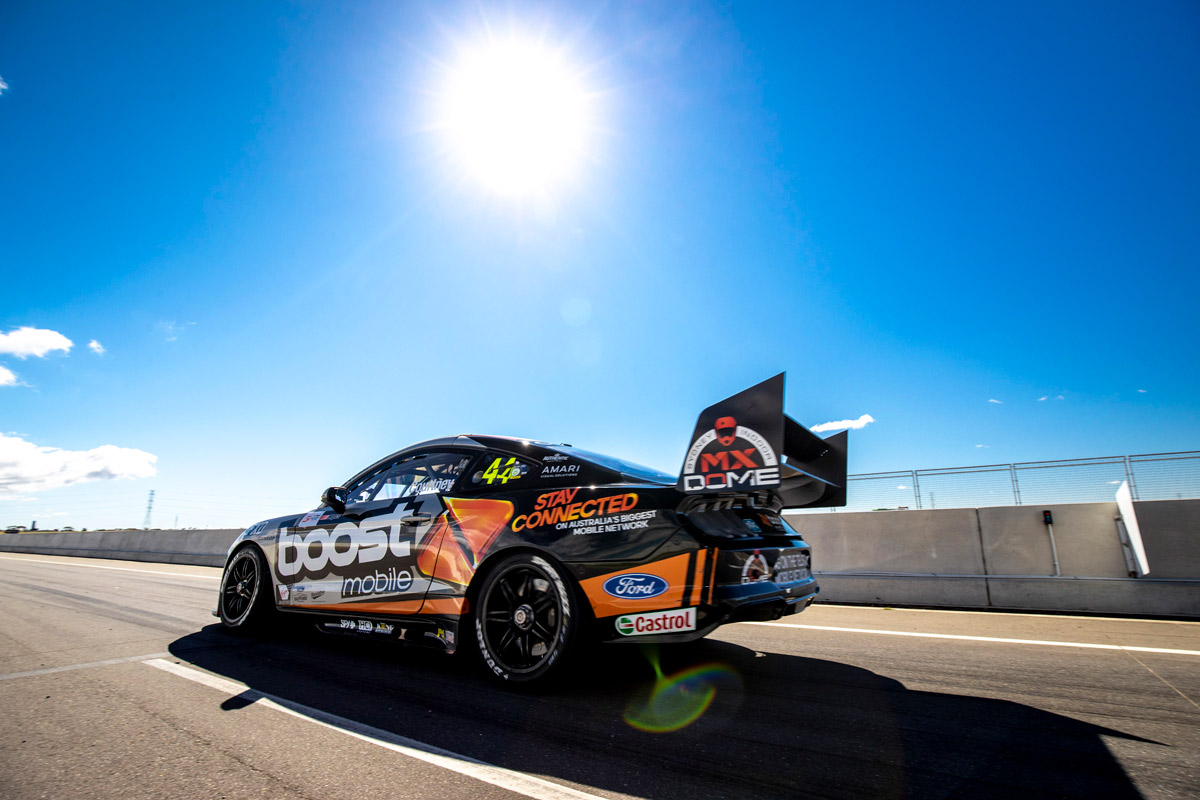 A week after the Repco SuperSprint on the 4.95km International Circuit, drivers turned their attention to the 3.41km West version.

Drivers were denied a last-gasp run when Bryce Fullwood’s Commodore stopped on track, causing a red flag with just under two minutes to go.

Officials elected not to restart the session.

“I’m not too sure what happened there to be honest. I was just warming up and [the engine] just died on me,” said Fullwood, who’d topped the morning’s earlier rookie session.

“I just did a power cycle on the side of the track there and it all came to life and started right up, so I’m a little bit confused.”

Anton De Pasquale appeared to have a similar issue in the opening minutes of the session, his Penrite Commodore stopping multiple times on its outlap.

Returning to the garage under a red flag, the Penrite team replaced the car’s Electronic Control Unit and battery, allowing De Pasquale to complete six laps and end up 10th.

Whincup is the only realistic threat to McLaughlin’s quest for a third title, trailing the Ford driver by 215 points with 600 still available at The Bend and the Bathurst finale.

“We’ve run the ride day here through the cut-through and it works well,” noted Whincup of the circuit layout.

Several drivers had off-track excursions at the left-hand Turn 8 during the session, including pacesetter Courtney.

The corner also features on the International layout as Turn 14, but is now a different challenge for drivers due to the link-road, which rejoins a corner beforehand.

“There’s a lot of talk about Turn 6, but actually it really changes Turn 7, 8 and 9,” explained Rick Kelly.

“It’s a pretty interesting complex of corners now. It’s constant turning and probably a bit more of a lunge opportunity at Turn 8.

“That’s one to watch out for. It’s not just Turn 6, it’s the three corners after that changes.”

Practice 1 was held in dry conditions, with early morning rain having dried before the full field took to the track.

The second full-field practice will take place from 11am local time.