Courtney: “There’s no reason we can’t catch them” 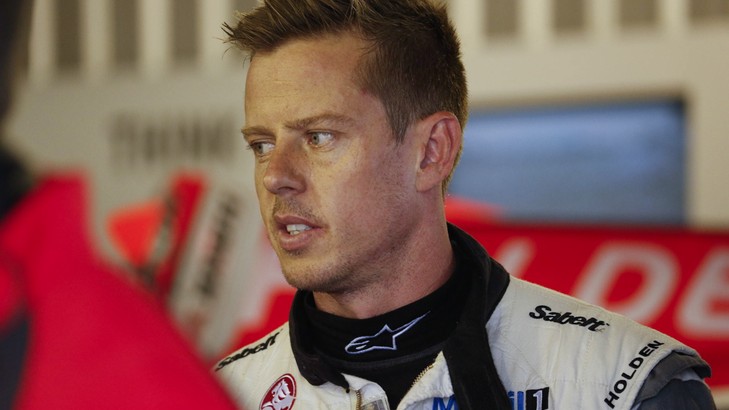 James Courtney wants to maintain pressure on the Red Bulls of Craig Lowndes and Jamie Whincup to stay in touch as the V8 Supercar field catches the front-runners.

Courtney sits fourth in the Championship after three podiums, including a race victory in the opening two Championship events of the year heading into this weekend’s three races at the Winton 400.

The former Champion knows the importance of keeping the gap to the pair close at this early stage of the season. While Red Bull Racing Australia, Lowndes in particular, are 1-2 in the title race Courtney says they are still vulnerable.

“It’s the best start to the year we have had in quite a few years,” Courtney said.

“It feels really good to have three podiums under our belts. We have a win, a second and a third so we have the set, we just need to work on getting some more wins. It sets the year up for us really well as a team and it's good morale.

“For sure Triple Eight (RBRA) are the benchmark and they will remain that way for a period. We are charging away and working really hard at the moment, we’re improving our car every round we feel, and they (Triple Eight) have two arms and legs like us so there is no reason we can’t catch them.”

Lowndes and Whincup delivered a clean sweep in Tasmania but Courtney followed them home. Winton is a different track to the Symmons Plains layout but one that Courtney has a strong record at, including Sunday victory here last year.

“We won here last year, we got a pole and won the race on Sunday so we have a good history,” Courtney said.

“Our goal is, if we only have a car that’s good enough for third in one of the races we want to get third. If we have a car that can win we have to maximise that and get a win. Craig has a little more jump up the road but I think with a little bit more work we can get on top of it.”

At the end of yesterday’s practice session, Courtney ranked 22nd in the times, but feels his HRT crew is better positioned than after Friday at the last event.

“I ended the final session a fair way down the order, but we didn’t run any good tyres. We had a few issues to sort, but we haven’t got much to worry about. I think the car is pretty good. We’re already ahead of where we were last Friday in Tasmania. If we put it all together, we should do well.”

Courtney is the only man to have stopped Red Bull’s stranglehold on the V8 Supercars crown in the past six years, beating Jamie Whincup to the title in 2010. He knows what it takes to trump the defending champ – and for now it’s just about staying in the game.

“We are here to win the Championship, that’s the end result and what we are focused on. We have to make sure we do what we can, when we have it and towards the end of the year when you are in a better position you can strike for the Championship.”

The V8 Supercars will qualifying for this afternoon’s two 100km races at Winton Raceway at 11am local time today.

James Courtney  ›
15' Holden Racing Team ›
2014 Winton 400  ›
Stay In The Know
Sign up to the Virgin Australia Supercars Championship Newsletter
We use cookies to ensure that we give you the best experience on our website. If you continue to use this site we will assume that you are happy with it.Ok