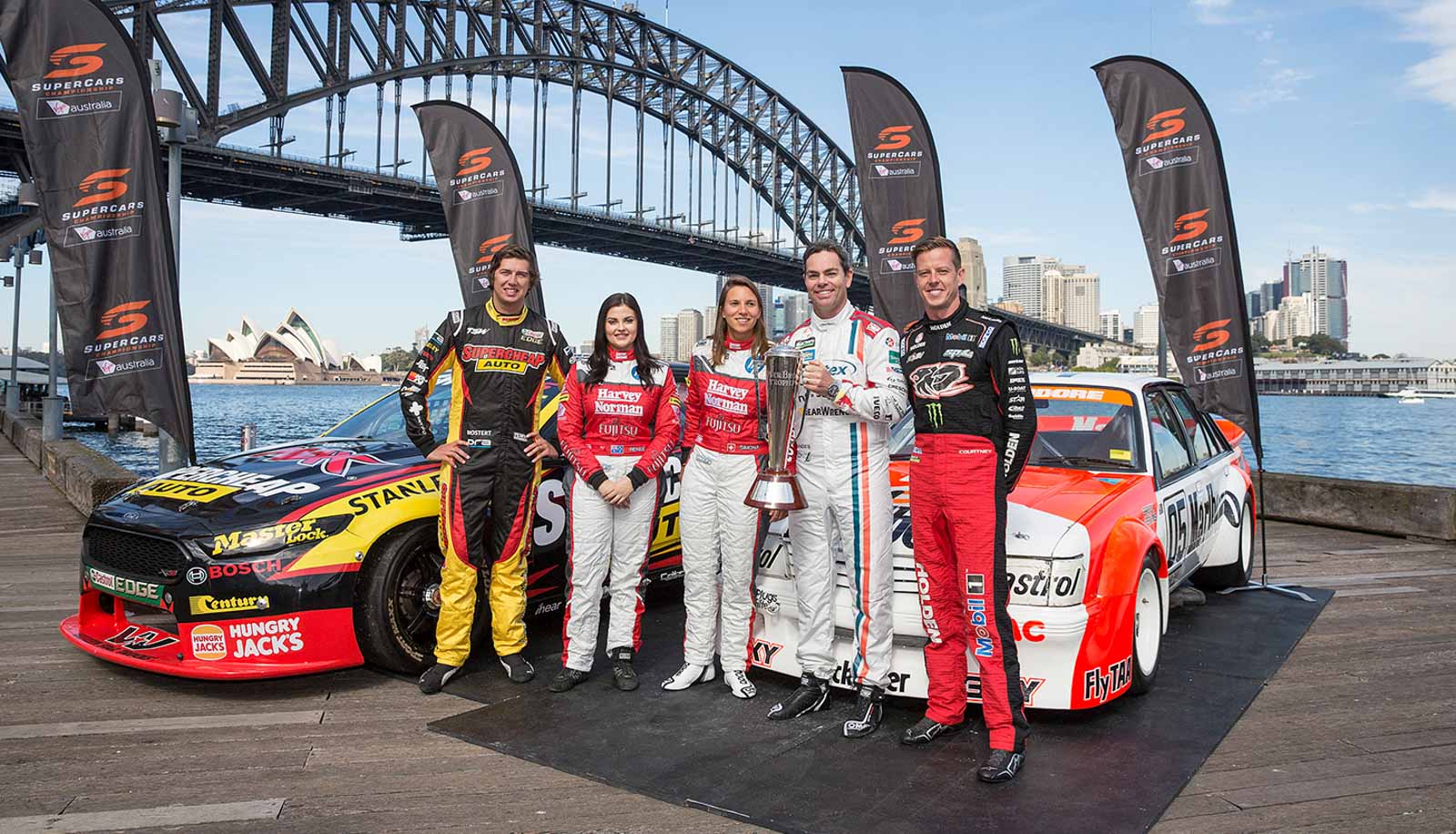 James Courtney completely supports a female driver tackling the Virgin Australia Supercars Championship, having grown up racing against girls in Australia and Europe.

Speaking at the 2016 Supercheap Auto Bathurst 1000 launch, the Holden Racing Team driver and 2010 champion was all for women in racing and believed Simona De Silvestro would be a strong contender for a seat in the series.

“It’s good for our sport and I think she’s probably the pick to do it,” Courtney said of De Silvestro, who was in Australia for Tuesday’s launch and is spending the week in Melbourne.

“I grew up racing with a lot of girls – Leanne [Tander] was karting here and then when I went over to Europe racing there was Danica Patrick and we went through all the junior formulas together.

“So I’ve done a lot of racing with girls.

“Leanne was very good in karting, Danica was a standout. There were others – Katherine Legge also race and Susie Stoddart who is Susie Wolff now – they were in my group coming through.

“Susie did quite a bit with F1, she obviously married Toto and did some Williams testing. So I think it’s great.”

Another supporter is Bev Brock, long-time partner of the late great Peter Brock, who was also part of this week’s launch that announced a tribute to Brock for the 10-year anniversary of his passing, as well as the return of the Supergirls.

“There’s no doubt they have the ability,” Bev said.

“I remember one year we raced at Spa and there was an all-female team of Italian drivers in the pits next to us. And there was a huge amount of attention and the women were fantastic.”

In her experience, Bev believes women often get caught up with other priorities, rather than focusing on a career in racing, even though they may have the talent to make it.

“One of the things I found – when Peter and I first met I was actually going for a competition licence,” she told supercars.com.

“And suddenly as a woman, you are in a relationship and you have children and your whole drive and ambition changes. Your maternal instincts come in and you look and think ‘what is the priority?’.

“For a male innately they are wired differently. It’s about being dominant, the Alpha male; it’s about being successful and providing and protecting…

“Women, for whatever reason – despite the fact they have the ability – don’t have the continual drive to be the best in motorsport. And that’s not just a generational thing it is the way it has been forever. It’s not to say there are not exceptional women there with exceptional talent.

“Do they have the drive to continue? I haven’t seen it yet. I think this is fantastic, I’d love to see them out there. Will it continue? Who knows.”

Earlier this year Supercars said publicly it would help lock in funding for an elite female driver to enter the competition.