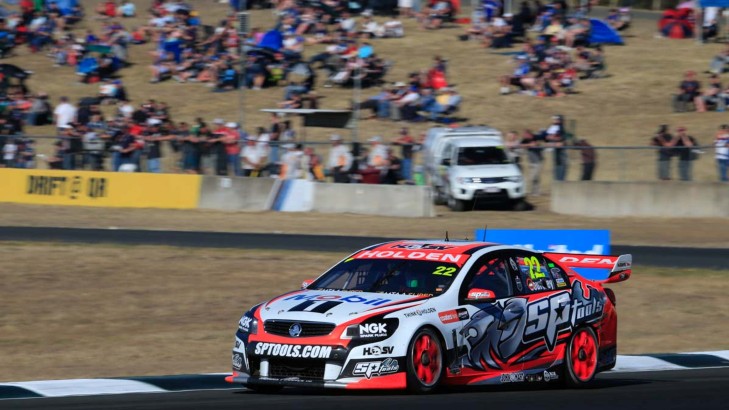 Factory Holden driver James Courtney has stashed away an extra set of soft tyres to aid his bid to win his second V8 Supercars Championship race of the year from second on the grid at the Coates Hire Ipswich 400 this afternoon.

The 2010 V8 Supercars champion chose to hold back a set of soft tyres in qualifying for yesterday's two 100km races, saving them for today's double points 200km Race 25.

It is understood some other drivers have taken the same punt on all-important tyre strategy.

Courtney runs fifth in the Championship, but has not won a race since his epic victory in the 250km race 3 at the Clipsal 500 in Adelaide.

"We only used two sets of tyres in qually yesterday so we have a spare set of greens for the race today," Courtney told v8supercars.com.au. "That was our strategy for yesterday; sacrifice the races that are worth less points for today, because today is pay day.

"So we are pretty happy with where we are starting, we have a good set of green tyres and the car is running pretty good, so we are looking pretty good at the moment."

Courtney managed fifth and 10th yesterday and admitted the Holden Racing Team Commodore VF wasn't as well behaved as he would have liked.

"The car wasn't that pretty as a race car so we did a heap of changes overnight, probably the most we have made overnight for quite a few races," he said. "We have shined the thing up, it was pretty good out there. It shows the car isn't too bad on its tyre and we are going good."