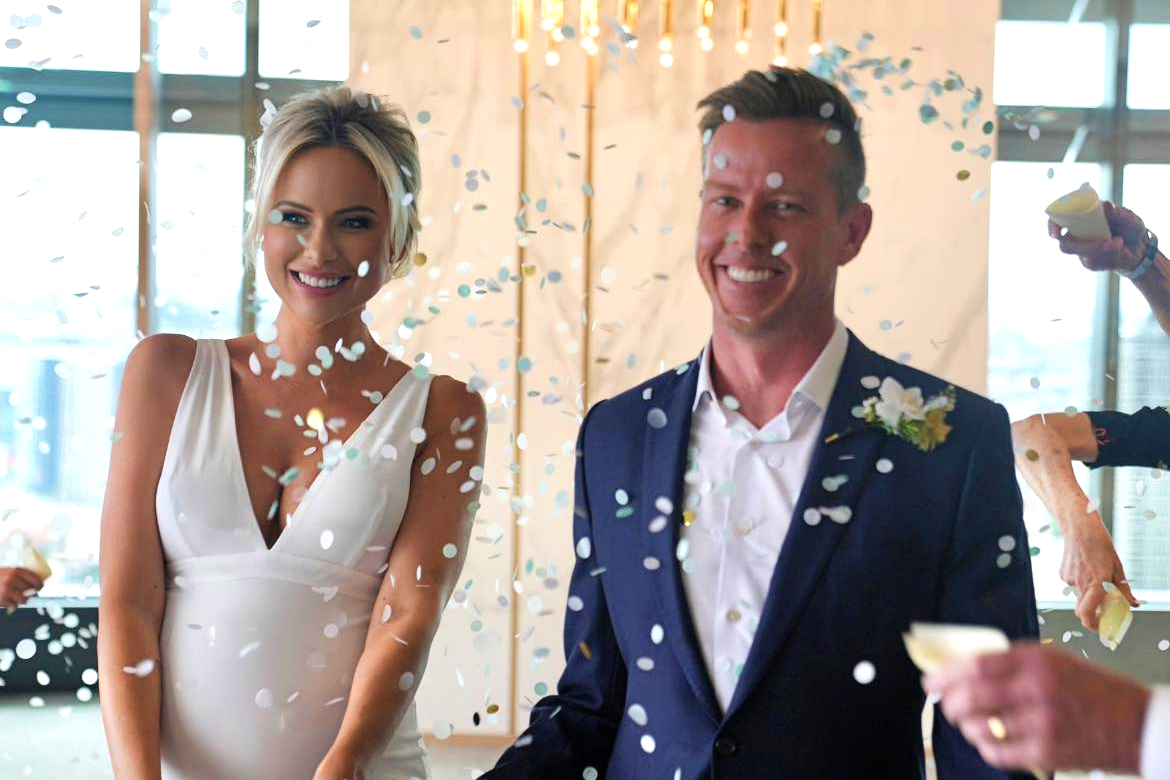 The Tickford Racing driver confirmed the news via social media on Tuesday.

Courtney, a Supercars veteran of 17 years, married partner Woodford at the Brisbane Registry on September 6.

The Gold Coast-based newlyweds are expecting their first child together next month.

Their new addition is due to arrive in the break between the Repco Bathurst 1000 and the Boost Mobile Gold Coast 500.

The baby boy will be Courtney’s third child, and Woodford’s first.

September's elopement comes after the couple became engaged in January.

Family and fans were quick to share their well-wishes for the happy couple.

"Looking forward to celebrating and doing it all again in the future with our family and friends."

The 2010 champion will be one of several drivers to welcome a new addition to the family in the next 12 months.

Jamie Whincup welcomed his first child prior to the 2022 season.

Tim Slade and fiancé Dani Byrnes are expecting their second child in early 2023.

Andre Heimgartner revealed last week he and his partner will welcome their first child in April 2023.

Likewise, David Reynolds and partner Tahan Lew Fatt confirmed they are also expecting a sibling for their 1-year-old son Ryu in April next year.

Mountain Memories: Over a decade at The Chase