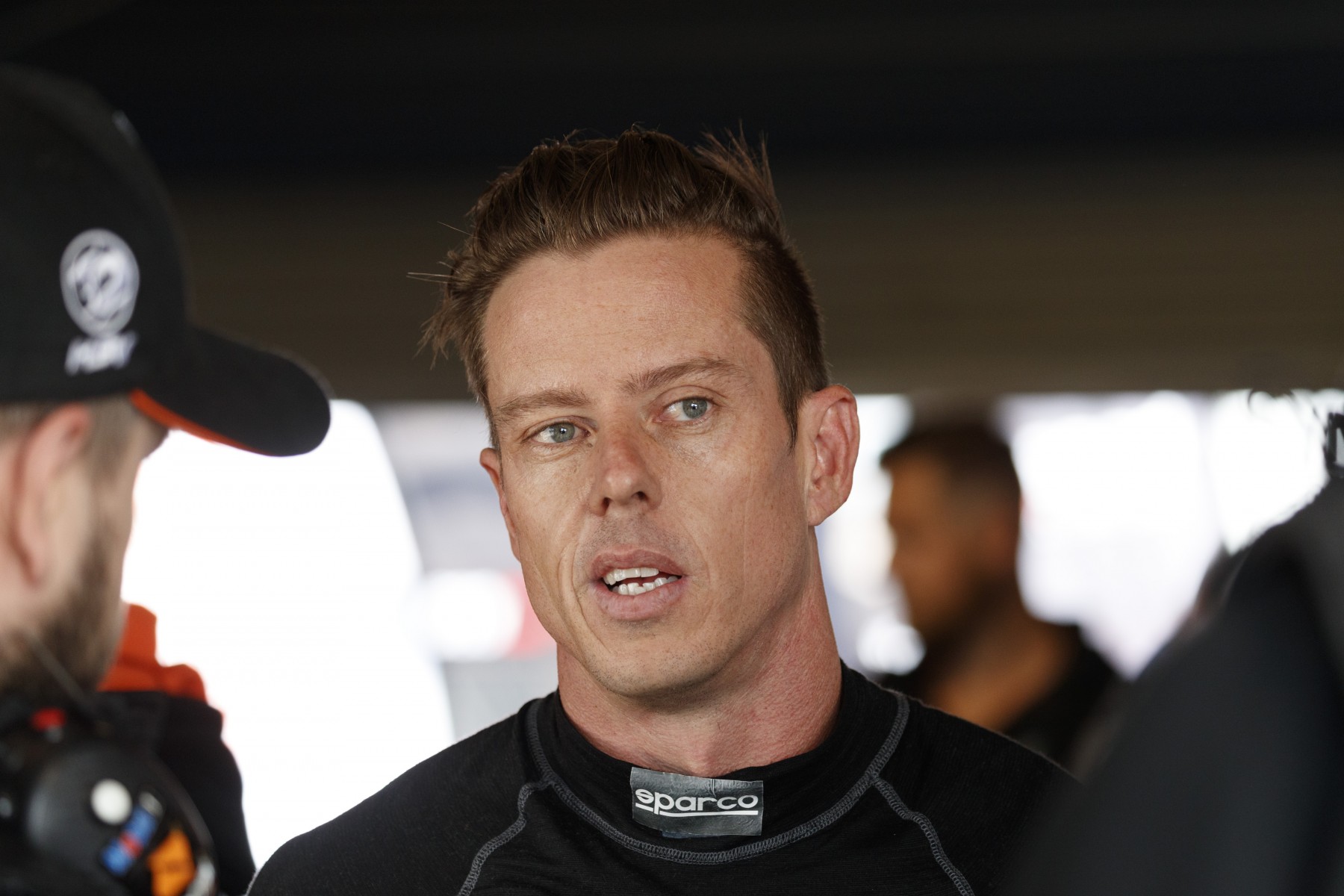 James Courtney will return to the wheel of the #25 Mobil 1 Boost Mobile Racing Holden for Saturday morning practice at the Winton SuperSprint, after being hospitalised on Friday evening.

Courtney caught what the team described as “a bug” and sat out practice on Friday, returning to his hotel while co-driver Jack Perkins took over the car.

The 2010 champion visited Wangaratta Hospital on Friday evening and Perkins stayed in the region on standby.

With his condition improving sufficiently overnight, Courtney is back at the track and will start his weekend with Practice 3 later on Saturday morning.

“The session started for the co-drivers and I just started vomiting,” he said. “I’m all good now and ready to go today.”

He added when asked if he’ll definitely qualify and race: “Yeah, unless something happens in the session now and I write the thing off.”

It’s might not be Easter Sunday, but JC has come back! It’s just too cold for sandals... lucky for his Skechers. He’ll be back in the car for practice. #WalkAndUnite #VASC pic.twitter.com/auMK8GvEOx

Perkins set the 16th and 26th-fastest times in Friday’s two sessions he contested in Courtney’s place.