James Courtney has described his last-lap exit from Race 9 at Winton as ‘another kick in the face’ following a torrid fortnight for Mobil 1 HSV Racing.

The team entered the weekend under the spotlight after a horror run at Barbagallo was followed by the sacking of team principal Adrian Burgess and a rapid chassis switch for Courtney.

On track, the squad’s woes continued in qualifying this morning as Courtney and team-mate Scott Pye struggled to 23rd and 21st respectively.

Courtney suffered more misfortune when an opening lap tangle with James Moffat saw the Boost Mobile Holden drop to the back of the field.

The former champion subsequently ran a long first stint and, with the help of fresher tyres, charged from 17th to challenge Nick Percat for 10th in the closing laps.

A spirited battle between the Holden drivers ended on the final lap when side-to-side contact on the short run between turns three and four fired Courtney off to the left. 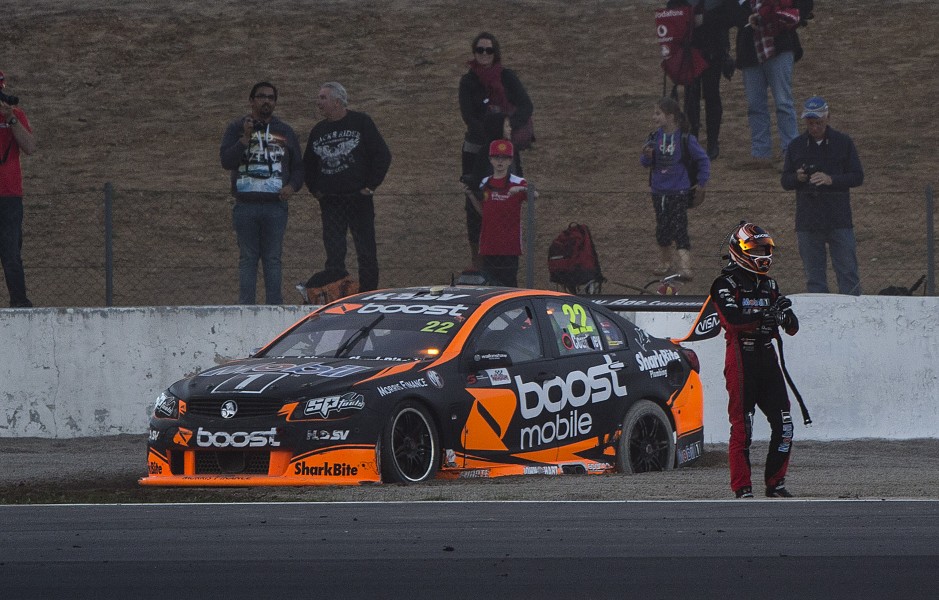 Courtney cut a dejected figure as he trudged away from his stricken car in the turn four gravel trap.

“I got passed him (Percat) and then he lunged again and he was blocking like crazy,” Courtney recounted after returning to the garage.

“On the last lap I got really good turn, got up the inside of him (at the exit of turn 3) and ended up spinning off to the left. It’s not the way you want it to end.

“Considering where we’ve been that (a top 10) would have been good, but unfortunately another one goes away.

“We had a massive swing at it (the set-up) for the race and it was working well.

“The car felt completely different to what it’s felt all year, so there’s some good and bad points that we’ll trawl through tonight.

“But I’m gutted. We’ve had a hell of a time here with everything going on and to have that is just another kick in the face.

“We’ll be right, we’ll regroup. We do it because we love it, at points. Hopefully the love comes back.” 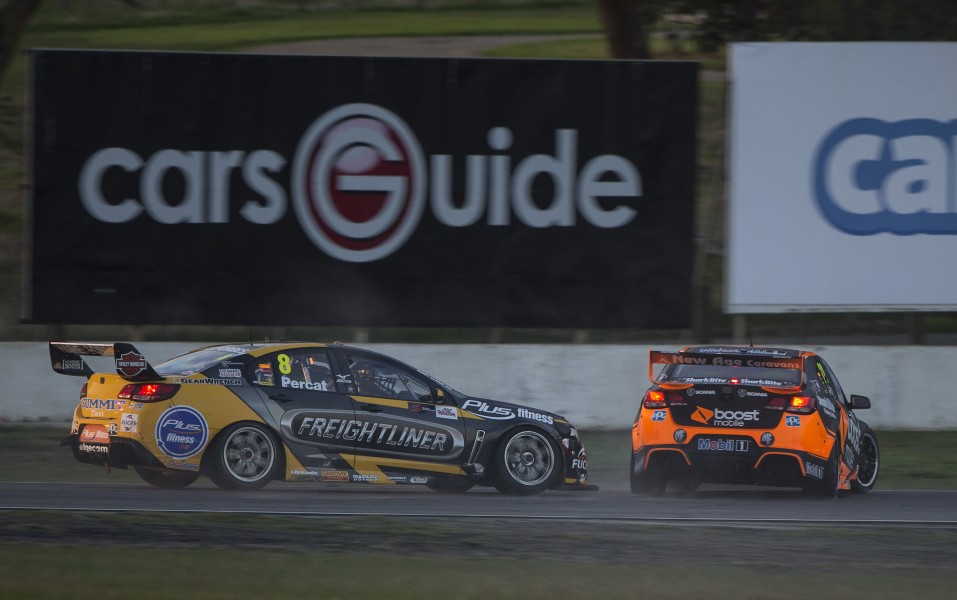 Percat’s race had also had its struggles, with the Freightliner Holden lacking rear grip following the early pitstops.

“JC was into the rear bar pretty aggressively,” recalled Percat of the battle with Courtney.

“It’s good racing. He redressed one of them where he got into the back of me too hard and then we had a side-by-side exchange.

“I was being run off the road to the left and as his car has come across me it’s fired him over the front of the bonnet. It’s awkward down there the way the track narrows up.

“To salvage 10th after everything that went on, I’m pretty happy.”

Courtney and Percat now sit 19th and 20th in the championship respectively after nine races.