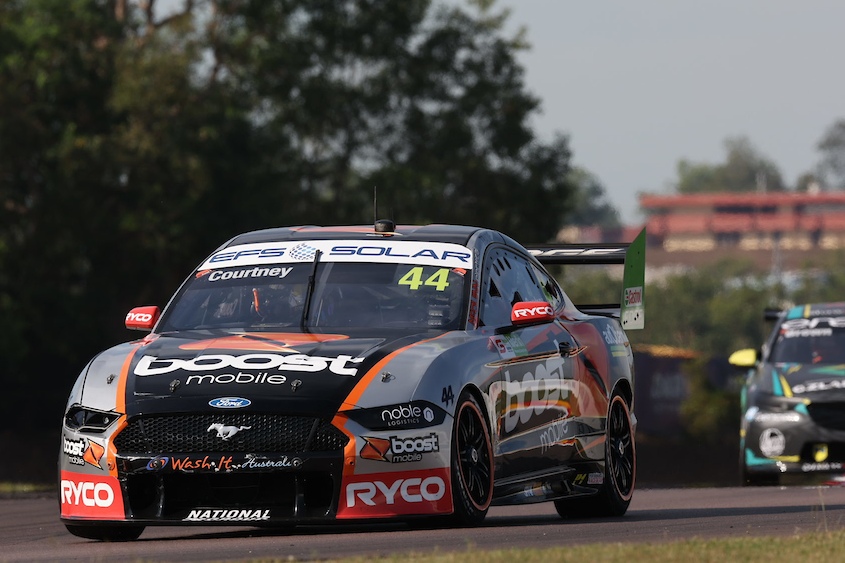 James Courtney has been handed a five-second post-race penalty over a Safety Car restart procedure breach.

Courtney crossed the line fourth in Race 12 at the Merlin Darwin Triple Crown.

The #44 Boost Mobile Racing driver finished ahead of Erebus Motorsport rookie Will Brown.

Brown was initially handed a penalty for a Safety Car infringement, though that was later rescinded.

It was later found that Courtney had gone early on the restart, which came after the race was neutralised over the first-corner melee.

Brown has been promoted to fourth, with Jake Kostecki elevated to fifth.

Cars will return to the track for ARMOR ALL Qualifying for Race 13 at 9:45am AEST on Sunday.