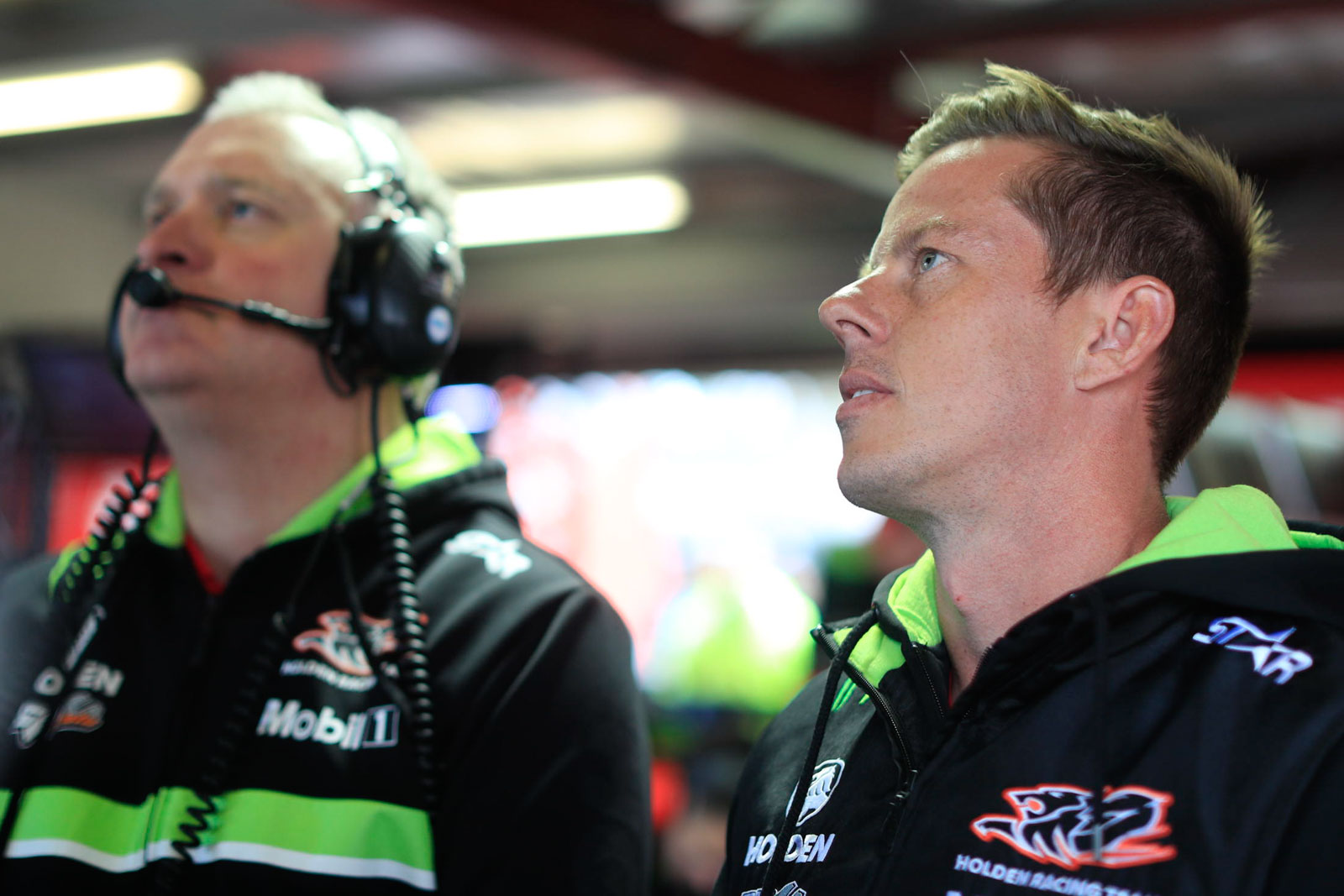 Despite facing the last event as a Holden Racing Team driver, James Courtney insists it is not the end of an era for the group that loses its factory backing and moniker next year.

The Holden support and name shifts to Triple Eight from 2017, but for Courtney it’s business as usual as he looks for success in Sydney and continuity with the personnel behind the scenes.

The 2010 Supercars champion has signed on for another three years with Walkinshaw Racing, with Scott Pye joining as Garth Tander departs and the group looks to reinvent itself.

There’s focus not just on the race team but the wider group with Walkinshaw acquiring new assets and the team set to shift premises for next year.

“I suppose for me, working within – the name is HRT but it’s more about the group you’re working with,” Courtney told supercars.com.

“They, apart from Garth, will remain pretty much the same, so it probably doesn’t feel like ‘an end of an era’ as much as it does for everyone externally looking in.

“For us, we’re used to operating within it, you don’t really concentrate on what it’s called. It doesn’t really affect what you’re doing.

“I’m sure it’s going to be very different next year – I hadn’t really thought about it until you’ve brought it up there – but I think it’ll probably be more emotional for Ryan and Martine (Walkinshaw) with the way that’s coming.

“But, on the other hand, it’s an exciting future for those guys, it’s the way TWR has been previously.

“Continuing into the future it’s going to be a name change and a sad time, but from within we’re still very much pressing on, head down and going after it.”

It has been a difficult year for the team – though it started with a Clipsal 500 win and exciting battle with Jamie Whincup on Saturday for Courtney, results didn’t continue to come. A high profile personnel change mid-season was intense, with plenty of scrutiny from the media as the team continued to negotiate with Holden.

While Courtney has expectations in check heading to the finale, the 36-year old takes some promise from past form on street circuits. It’s the place he clinched his 2010 championship – not far from where he grew up in Penrith – and was leading Sunday's race last year before contact from Shane van Gisbergen turned him and damaged a rear panel that led to a tyre puncture later in the race.

“Look, I don’t think we’re going to roll into Homebush and drive away from the field,” Courtney said,

“As much as that’s what we want to happen, it’s very tight competition and we’re still not consistent enough.

“Street circuits have been stronger for us in the past than what the normal facilities have so we take that in there will a little bit of encouragement and just try to replicate what happened last year – apart from the incident.”

Courtney sits 12th in the drivers’ championship but is just 134 points away from Tim Slade in ninth. Just 27 points separate Courtney, 11th placed Fabian Coulthard and 10th placed Tander with 300 points on offer at the Coates Hire Sydney 500 early next month.

The battle is still red hot for second in the teams’ championship too, with HRT just holding off GRM and Prodrive.