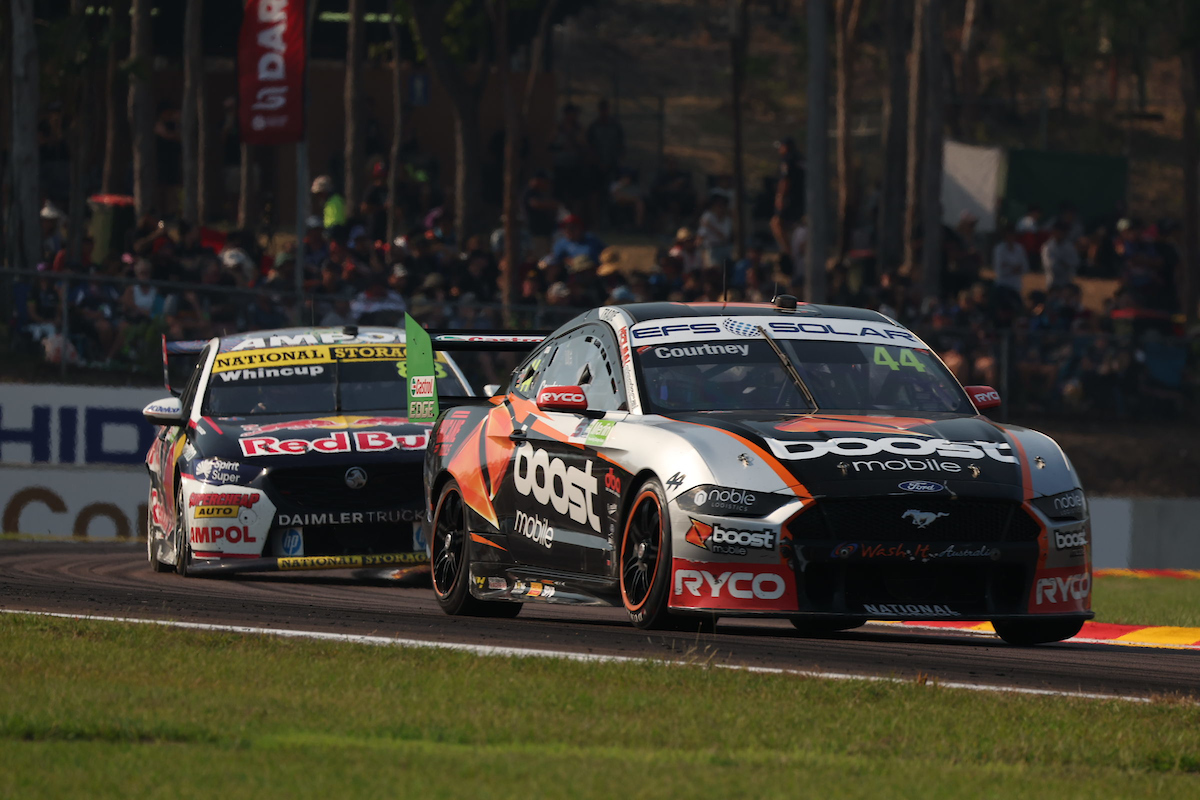 James Courtney has moved into the top 10 in the points standings after three top 10 results in Darwin.

The 2010 series champion pieced together his best weekend of the season to climb to ninth in the championship.

Courtney finished fifth in the final race of the weekend, which was won by series leader Shane van Gisbergen.

“We’ve had a lot of drama, and we had good car speed in the races.

“We had a great qualifying this morning with a fifth, then bringing it home to finish the weekend with fifth place today is solid.

“It’s not great, we want to be further up.

“But it’s solid; we’re moving forward and progressing each time.”

Courtney crossed the line fourth on Saturday, having started 21st. However, he was penalised over a Safety Car procedure breach, but was still classified 10th.

On Sunday, he raced from 16th to 10th in the morning race, before finishing fifth in Race 14. 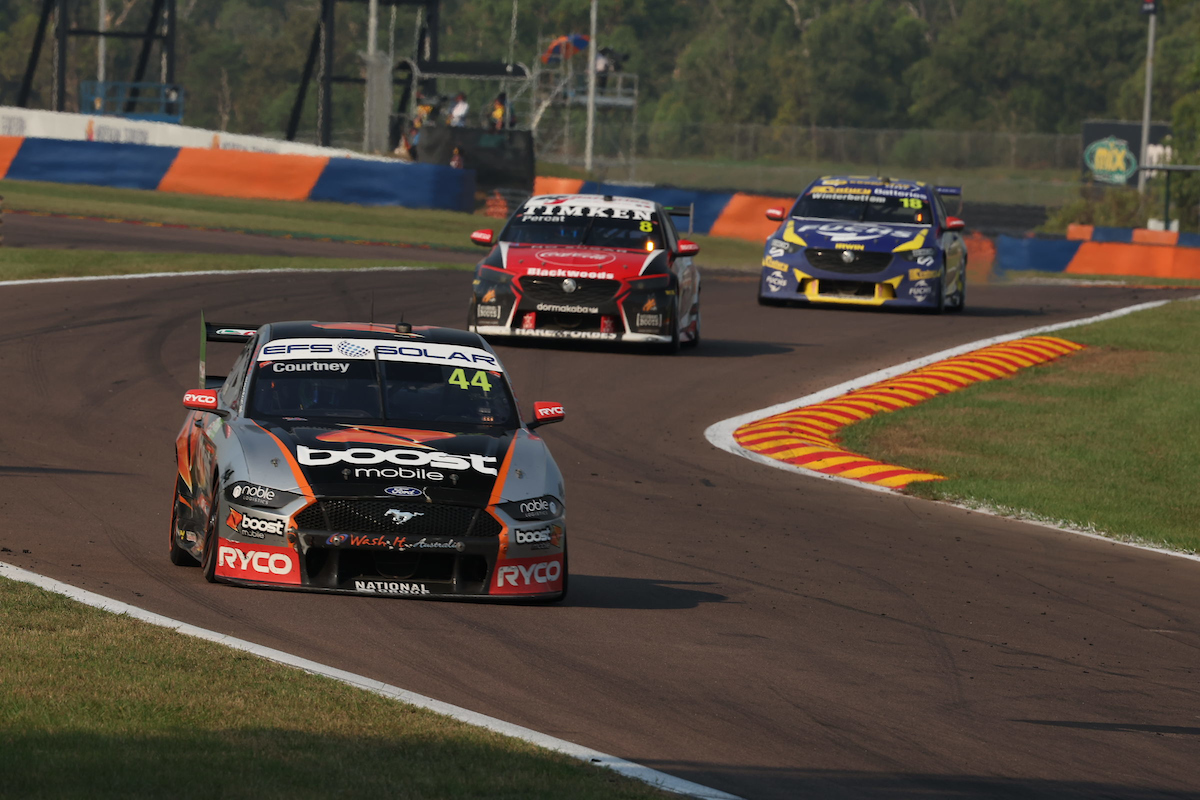 It was his fifth top 10 finish in a row following his strong end to last month’s OTR SuperSprint.

The Race 14 result helped the Boost Mobile Mustang pilot move from 12th to ninth in the standings.

“Great place to race, the racing’s been great all weekend,” he said.

"It’s been good banging doors and racing hard with everyone. Mixing it up at the front has been good.

“It would have been nice to get a podium today, but just fell a little short.”