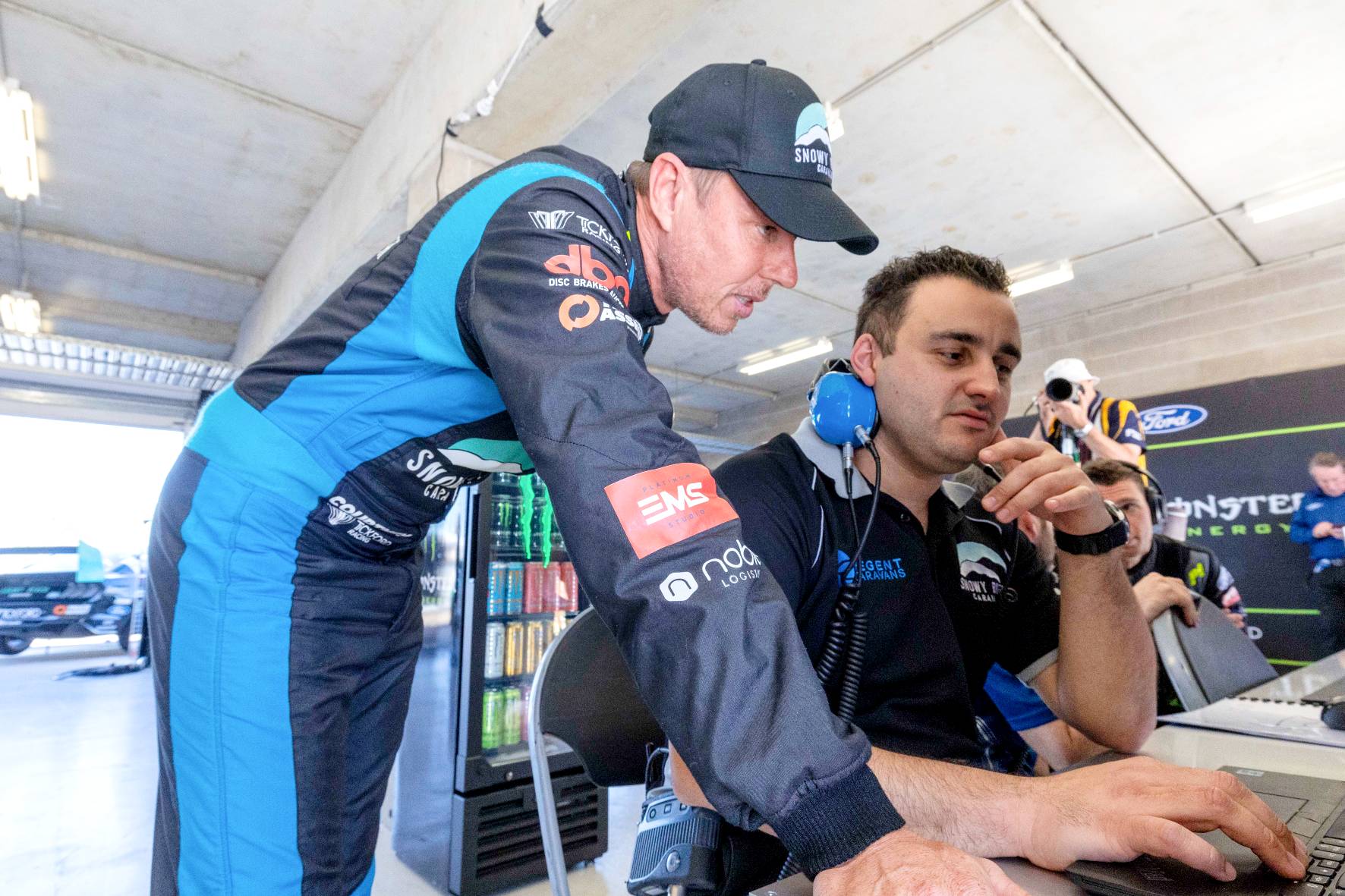 Rewarding his Tickford Racing mechanics is at the core of James Courtney’s Gold Coast efforts.

The #5 Snowy Rivers Mustang picked up major front and rear damage in a crash for Zane Goddard.

The #8 and #26 were repaired, but Courtney has been shifted into a spare chassis for his home race.

It comes after Tickford was forced to repair the #5 between events after Courtney crashed at Pukekohe.

Courtney, who is based on the Gold Coast, is determined to bring home a result for his team after weeks of hard work.

"Obviously Bathurst was really unfortunate for us in the Snowy River Racing camp,” he said.

“The crew’s done an amazing job putting a new car together for this weekend, so we’re ready to go.

"I love this track and racing here, and the team’s been pretty quick here in recent years as well.

“Hopefully we can continue that trend and have a couple of really good races.

"The guys have put in some crazy hours to get everything ready with the car.

"I really want to reward them with a good result and some champagne this weekend.”

Courtney is based nearby to the Gold Coast circuit, which is hosting its first event since 2019.

The 2010 champion recently welcomed his third child with wife Tegan, having wed prior to Pukekohe.

Courtney, 42, has a Surfers win to his name while with the Holden Racing Team in 2015.

“It’s amazing to have the Gold Coast event back,” he said.

“It’s one of the coolest tracks in the world and the party atmosphere there is insane.

“We’re all stoked to have it back, and selfishly it’s always nice to sleep in my own bed on a race weekend.”

Cars will hit the track on Friday for dual 30-minute practice sessions.

TV Guide: How to watch the Boost Mobile Gold Coast 500