James Courtney’s Sunday retirement meant Walkinshaw Andretti United left Phillip Island without a full picture on how much progress it had made at the high-speed circuit.

Having started the 2018 Supercars season with a podium at all three circuits, the Holden squad viewed Phillip Island as a key test of development work to rectify balance issues through faster and longer corners.

On Saturday, they started a Pye-led 13th and 14th, with Pye finishing ninth and Courtney struggling with vibrations on his way to 17th.

Courtney lined up seventh on Sunday and ran sixth until losing drive and retiring on lap six, while Pye started 12th and finished 11th.

Acknowledging it was not the weekend his outfit hoped for, general manager Mathew Nilsson said Courtney’s Sunday race would have provided a good reference without the driveline failure.

“Obviously it was a strong start to the year and we always knew coming here would be a test,” Nilsson told Supercars.com.

“Friday started OK, but we still struggled on Saturday and recovered a little bit [on Sunday] in qualifying and then we’re not sure where JC would’ve ended up.

“It would’ve been good to see where he would’ve ended up without the drive issue, and then Scotty sort of battled away.

“We’ve got some work to do but it was always going to be a bit of a test for us.”

Last weekend, that margin was 0.6796s, in a Sunday session McLaughlin blitzed to finish four tenths clear at the top.

Asked how his drivers’ feedback was compared to 12 months ago, Nilsson said: “It was probably completely different.

“It’s still probably got a much nicer balance than last year, certainly the high-speed stuff, but it’s just the overall grip and finding the lap time out of it. 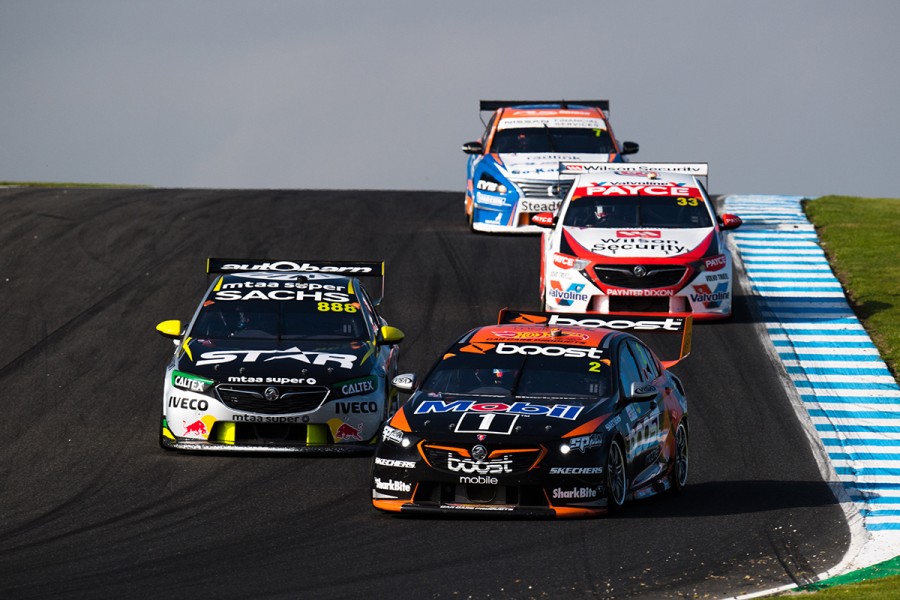 Courtney pulled his ailing Commodore onto the grass on the inside at pit entry, with the ensuing Safety Car and pitstops hurting Pye’s strategy.

“He probably didn’t get to take as much advantage of trying something different, we were going to come in that lap anyway,” Nilsson said.

“We moved forward, that’s all you can ask for from where you qualify, but he only really moved forward the one place.