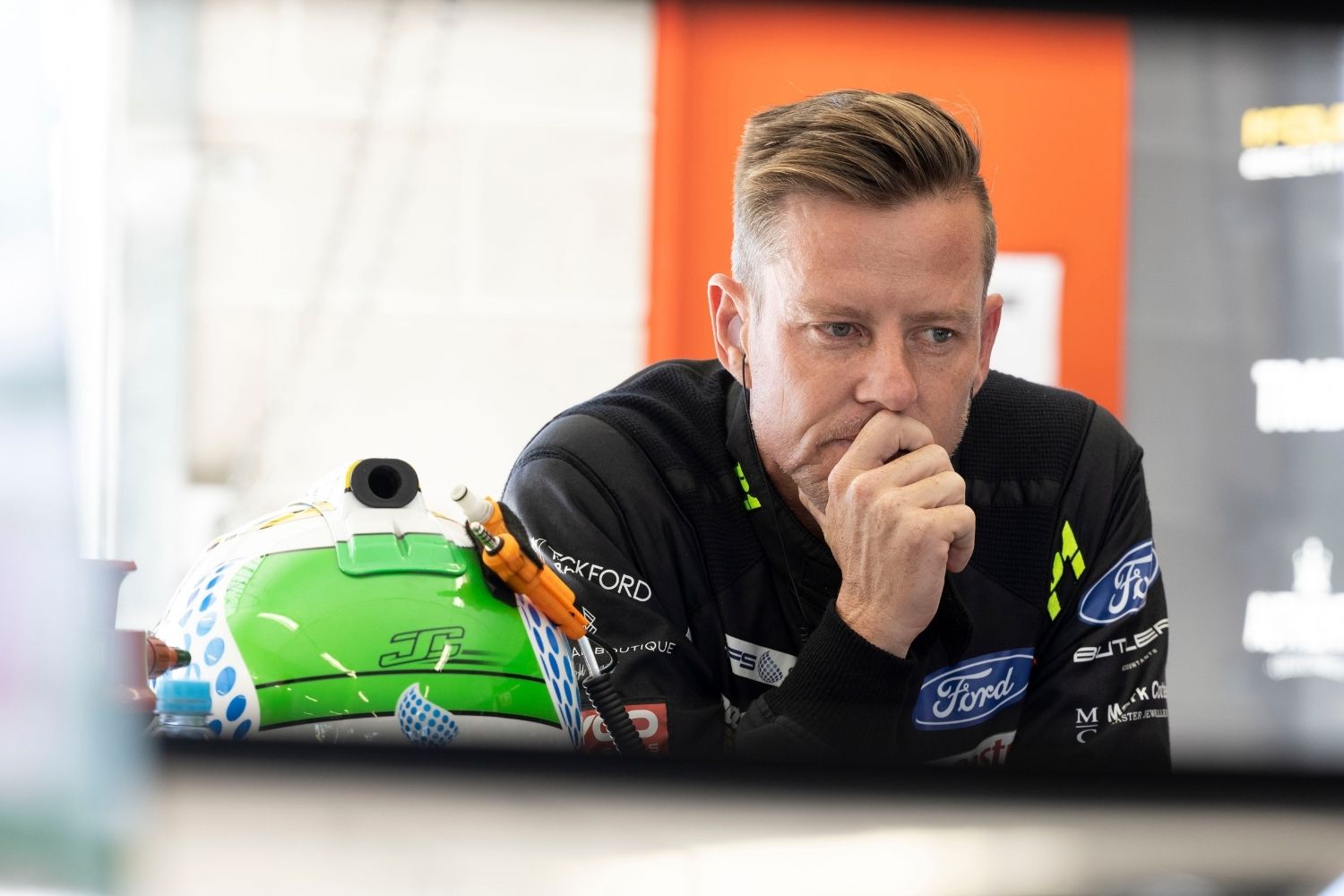 Tickford Racing’s James Courtney has revealed he drove in back-to-back Supercars events in Townsville with a broken shoulder.

Sharing a photo of him visiting a radiology centre on Monday, specialists confirmed Courtney had suffered three fractures, a torn AC joint and ligament damage to his shoulder.

The 41-year-old believes he sustained the injury while playing rugby with his son Cadel in the week following the Merlin Darwin Triple Crown in late June.

“It was a father versus kids footy game,” Courtney told Supercars.com.

“The side was open; my nephew was centre, and Cadel was on the wing.

“I ran at them, then at the last minute I thought this could end badly, so I pushed them out of the way, so I didn’t fall on them, but did myself in.

“I knew my shoulder wasn’t great, but I didn’t want to miss out on races, and I could still drive, so it wasn’t an issue, and I just got on with it.

“When you’re driving there’s so much going on, you don’t think about it anyway, so it had no impact when I was driving. It was a little sore of an evening, but that’s it.”

Speaking during the broadcast at the WD-40 Townsville SuperSprint, Courtney said he had been nursing a sore shoulder for a few weeks, but it wasn’t in enough pain to stop him from contesting the double-header at the Reid Park Street Circuit.

The 2010 champion claimed three top 10 finishes across the five races in North Queensland despite the injury.

With the break in the Supercars season, Courtney decided to have his shoulder examined when his partner Tegan Woodford damaged her ankle while renovating their Gold Coast home. 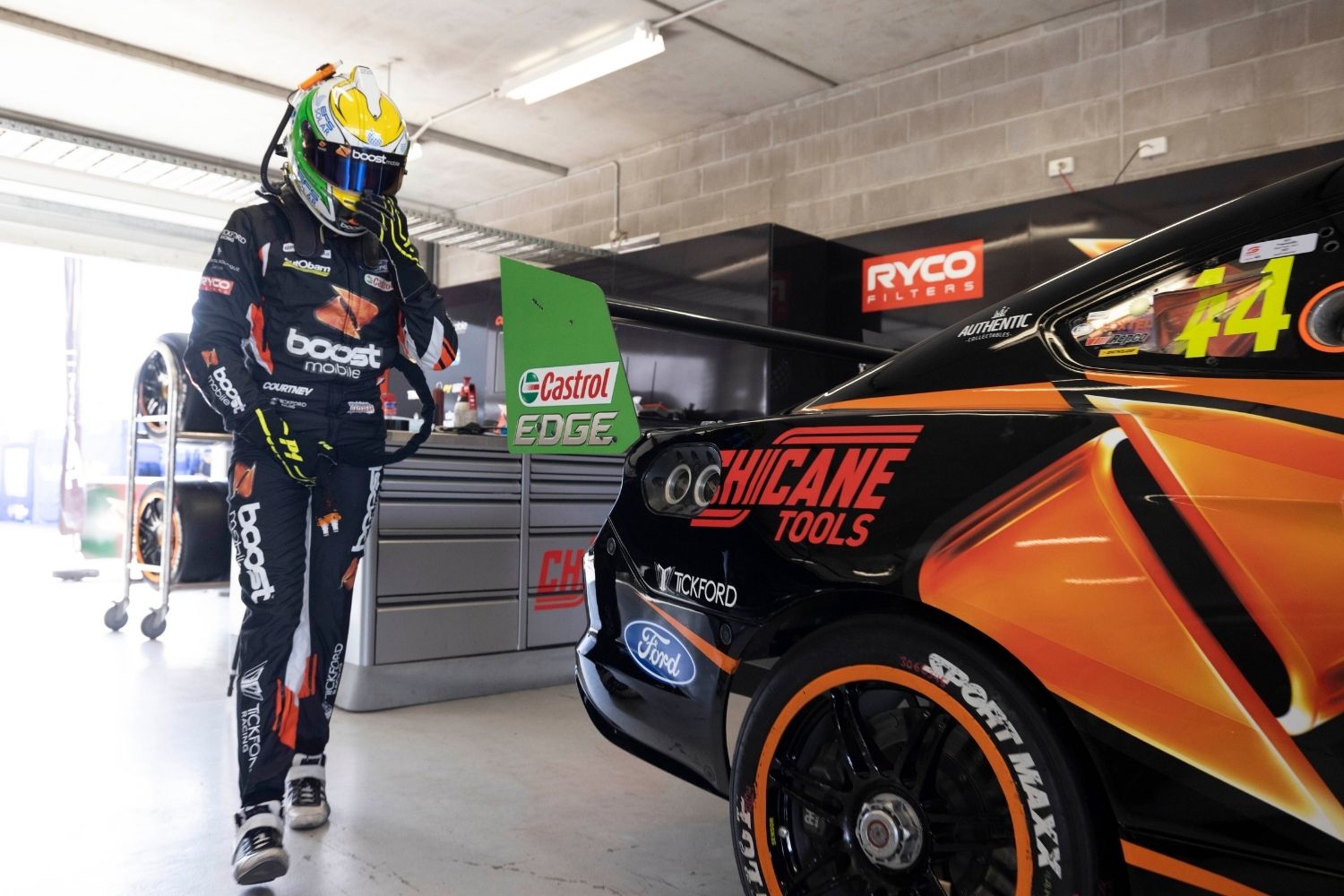 “I only decided to get it checked because we have some time off and Tegan hurt her foot as well,” Courtney said.

“My mate has opened his new business Mermaid Beach Radiology and told me about the machines they have, so I thought we would go and have a scan.

“When he looked at it, he said, ‘holy s**t you’ve done some damage here, you must have been sore’.

“The same for Tegan as well, but we both had been pressing on.”

Courtney added his trainer has advised him to rest his shoulder during the downtime in the current season. He is not expected to undergo surgery for the injury.

Currently sitting in ninth in the championship standings, Courtney is expected to return with the Supercars championship field when the season resumes at Winton Motor Raceway on October 2-3. 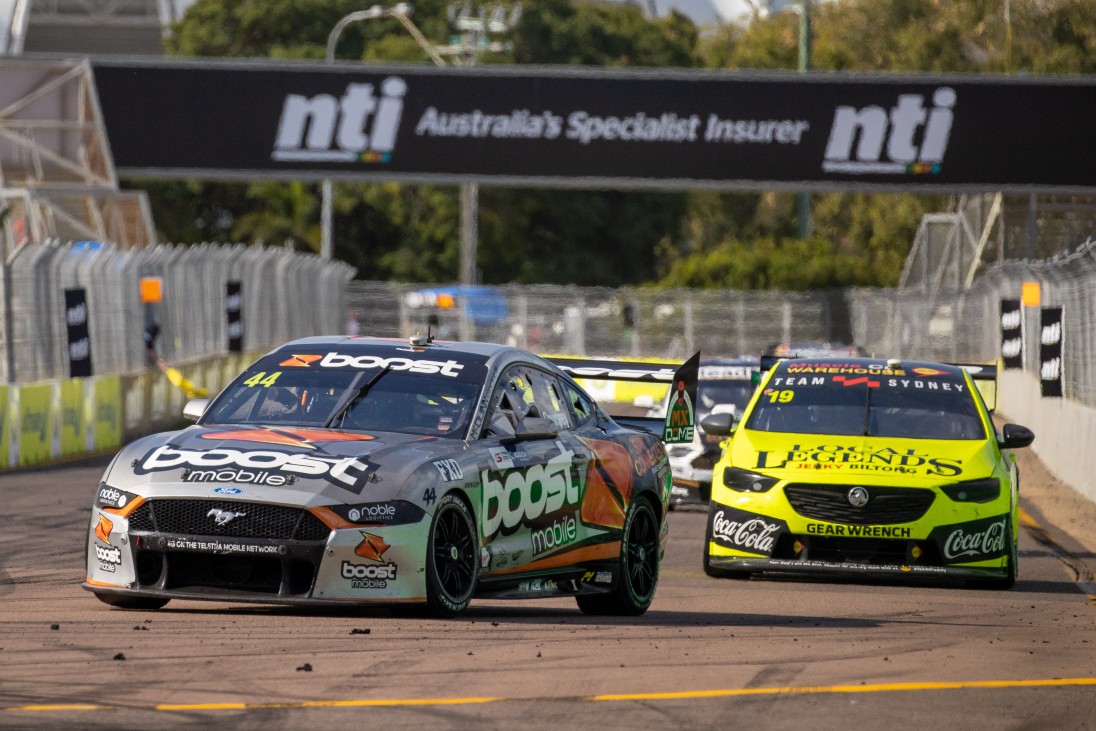 As for Cadel, Courtney joked he will be watching father footy games from the sidelines for the foreseeable future.

“I won’t be taking part for a while,” Courtney laughed.

“Cadel is pretty impressed he took me down though, I told him I have a broken shoulder and he just laughed.

“He did feel a little bit bad, but I told him not to, so now he’s going to school and telling his mates he tackled his dad and broke his shoulder.”