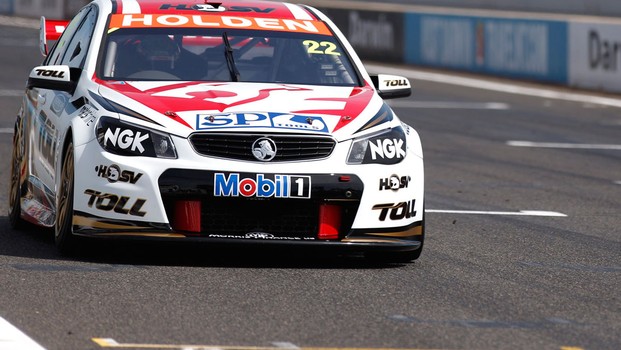 ARMOR ALL Pole Positions were split between Holden and Ford this morning at Hidden Valley Raceway with Holden Racing Team's James Courtney and The Bottle-O Racing FPR's David Reynolds starting from first for the 100km mixed-tyres races this afternoon.

Courtney’slast pole was in 2010 at Winton Raceway, so it’s a long time between drinks forthe Holden Racing Team driver, who finished third yesterday at the SKYCITYTriple Crown.

He was quick late in the session and beatFPR pair Mark Winterbottom and Will Davison to the top spot.

The first of the Nissans was Todd Kelly in12th – though it was a struggle for Rick Kelly, starting from last on thegrid.

Qualifying 19 commenced 10 minutes later,and while Davison led for some of the session, Scott McLaughlin jumped to thetop with less than six minutes to go, looking for his first ever pole positionin the series. While he has had a race win, he has never started from first. But it wasn’t to be.

Though he tradedtimes with Craig Lowndes in the dying seconds, Reynolds did it again.

Two out of three poles for Reynolds atHidden Valley Raceway. Can he score that elusive first win this afternoon andturn around a terrible weekend for FPR, and the disappointing finish he hadyesterday?

David Reynolds  ›
15' The Bottle-O FPR Ford ›
15' Holden Racing Team ›
2013 SKYCITY Triple Crown  ›
Stay In The Know
Sign up to the Virgin Australia Supercars Championship Newsletter
We use cookies to ensure that we give you the best experience on our website. If you continue to use this site we will assume that you are happy with it.Ok