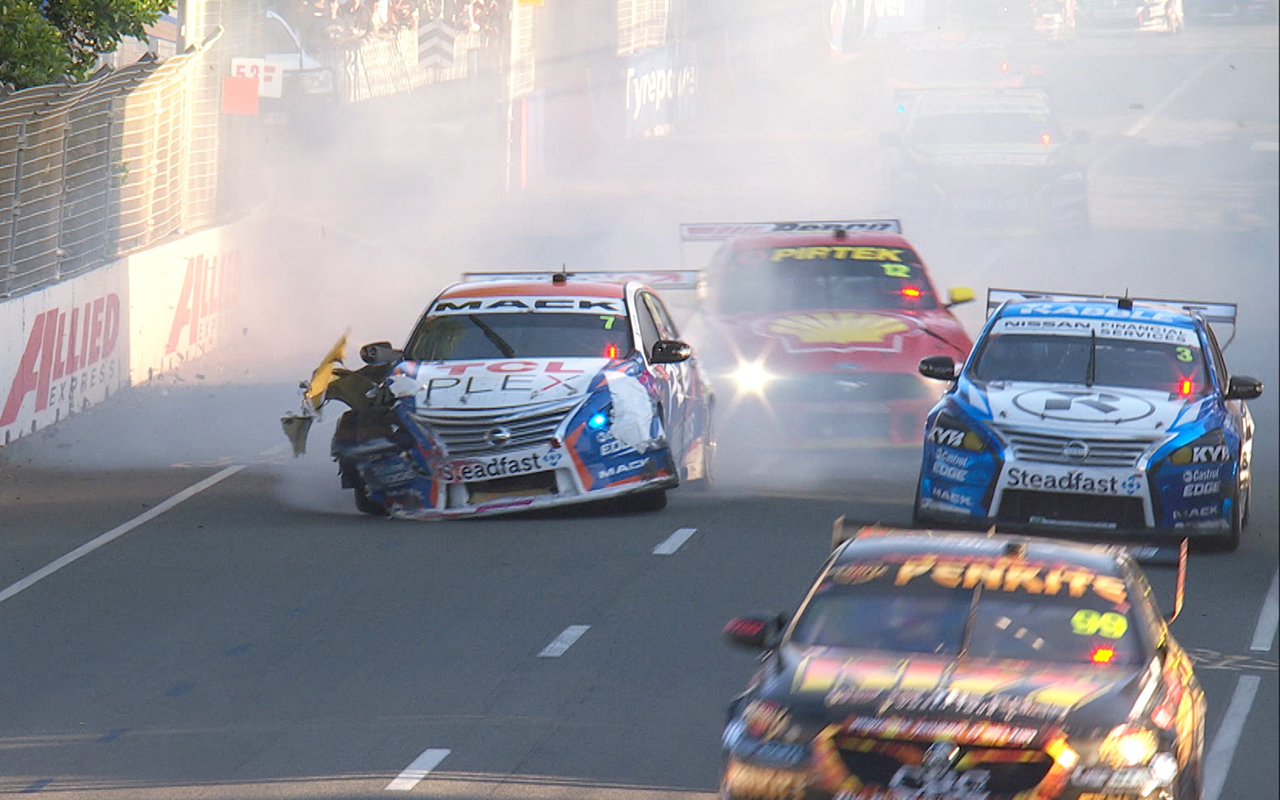 James Courtney says Andre Heimgartner has himself to blame for the clash that took the Nissan out of the opening leg of the Vodafone Gold Cost 600.

Heimgartner was turned into the right-side concrete on the back straight by Courtney on lap 98 of 102; the Kiwi fortunate not to be collected by other cars as he bounced off the wall.

Courtney, who had been charging on fresher tyres after pitting under the earlier Safety Car, received a drive-through for the incident and finished 12th.

While Heimgartner was left frustrated by Courtney’s driving, the 2010 champion is adamant he was in the right.

“I tried passing in the chicane, he was just blocking a little,” recounted Courtney, who shares the #22 Commodore with Jack Perkins.

“I came out and got on the inside and had a run on him and he blocked me that side, then I went the other side and he was still wheel-spinning so I got sort of overlap, and then he tried to squeeze me into the wall.

“If there's an overlap you don't have to back off, so he kept coming over and he started to spin, and then he was in the wall and I couldn't then get out of it, so I just kept into it.

“The rule is if there's an overlap you've got to give the guy room, and obviously there was no room.

“He wouldn’t have gone right if there was no overlap. The reason he went right was because there was an overlap.

“Anyway... it's frustrating because we could have got a few more spots. But it is what it is.”

Heimgartner had the opposing viewpoint, expressing his frustration at Courtney’s driving.

“It’s pretty disappointing when you get tipped into the fence,” said Heimgartner, whose stints followed a strong co-driving effort from Bryce Fullwood.

“That sort of driving standard is pretty bad. I couldn’t believe it when it happened.

“He hit me once and I thought he may back out of it and let me try and recover, but he just kept his foot in it and drove me straight into the fence after just smashing into the back of me coming out of that last corner.

“I don’t know what to do, but pretty disappointing. The last two races we’ve had a fast car and could have had some good points, but what can you do? It’s just one of those things.

“From what the guys are telling me it was pretty standard how he was driving in that last stint, just punting people out of the way.

“Disappointing thing is he probably would have got past eventually because he had better tyres, but he wasn’t patient enough to wait and just decided to fence me.”

It marked the second race in a row that a late crash cost Heimgartner a top 10 finish, following a mistake in the closing stages at Bathurst.