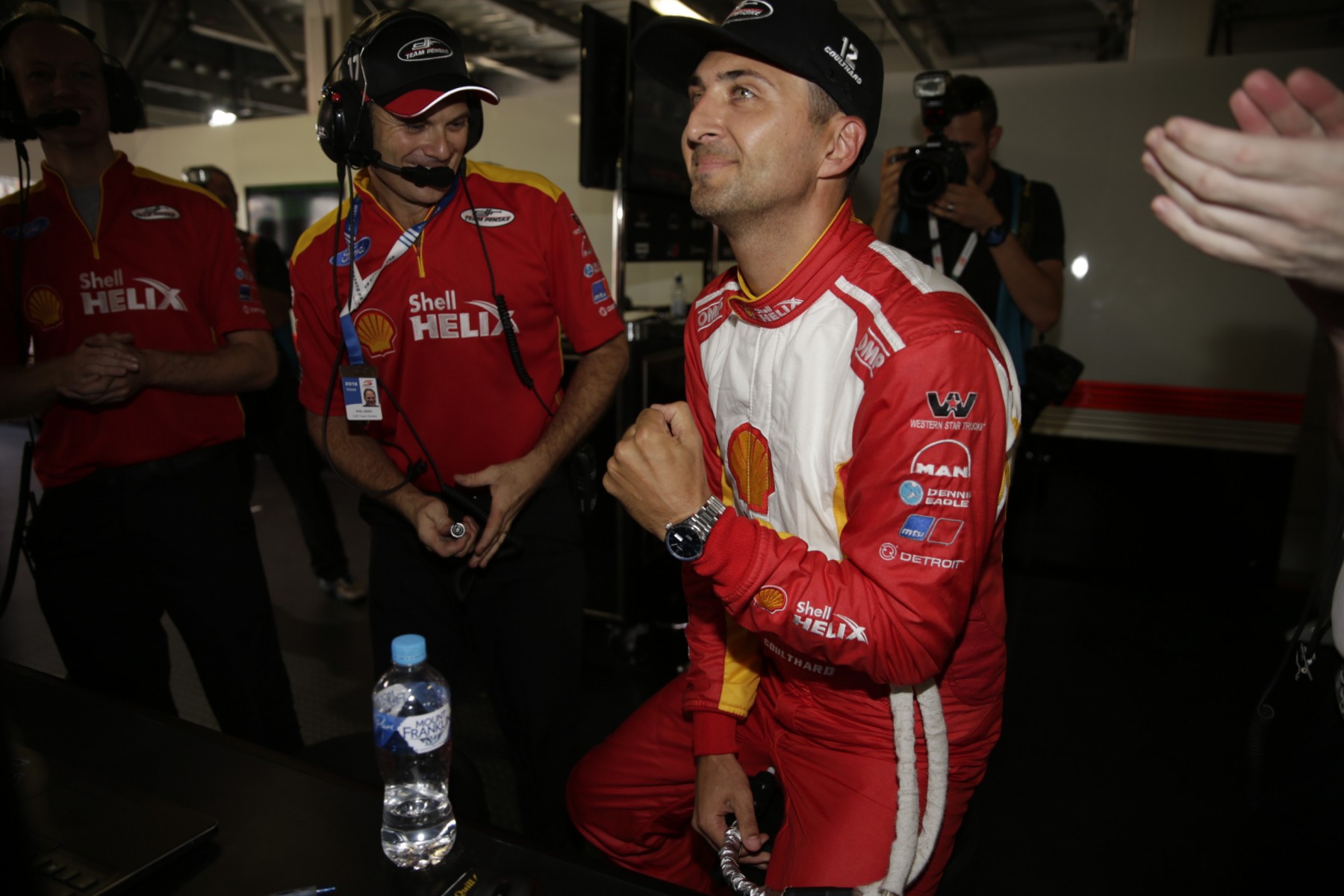 The New Zealander who swapped from Brad Jones Racing to the US motor racing mogul’s expanded team for 2016 had a quiet start to the Clipsal 500 yesterday, but more than made up for it with a stellar ARMOR ALL Top 10 Shootout lap this afternoon.

“Eighteenth yesterday (in qualifying) to be pole today, that is a pretty quick rise up the ladder,” the Shell Helix Ford Falcon FG X driver told v8supercars.com.

“To improve it to that level is pretty special.”

Coulthard and the rest of the 25 car field now faces the 250km mini-marathon in baking temperatures.

“This car is new to me and I have to get it off the line so it’s not all home and hosed by any means.

“I am still learning how to drive this car and make it go the best it can, but for early days it’s been pretty good.

The 33-year old will also be depending on his new crew to execute at the pit stops if he is to record the team first win.

Yesterday Coulthard’s teammate Scott Pye fell out of contention because of poor pit stop after starting the opening race from pole position.

“Without a doubt we are learning as we go along. It’s a team sport we all have to do our part and that’s what gets us the wins on the weekend,” Coulthard said.

Today’s lap speed was a quick reward for Coulthard’s decision to move teams, despite emerging as a consistent race-wining threat over the last three years at BJR.

“You make decisions throughout your career and for me it was a big one,” he said.

“I have had good success in other years, but for me to come here on debut in a new team and get pole it’s pretty awesome.

“I am pretty happy with that.”

He starts the race with Chaz Mostert alongside in P2.