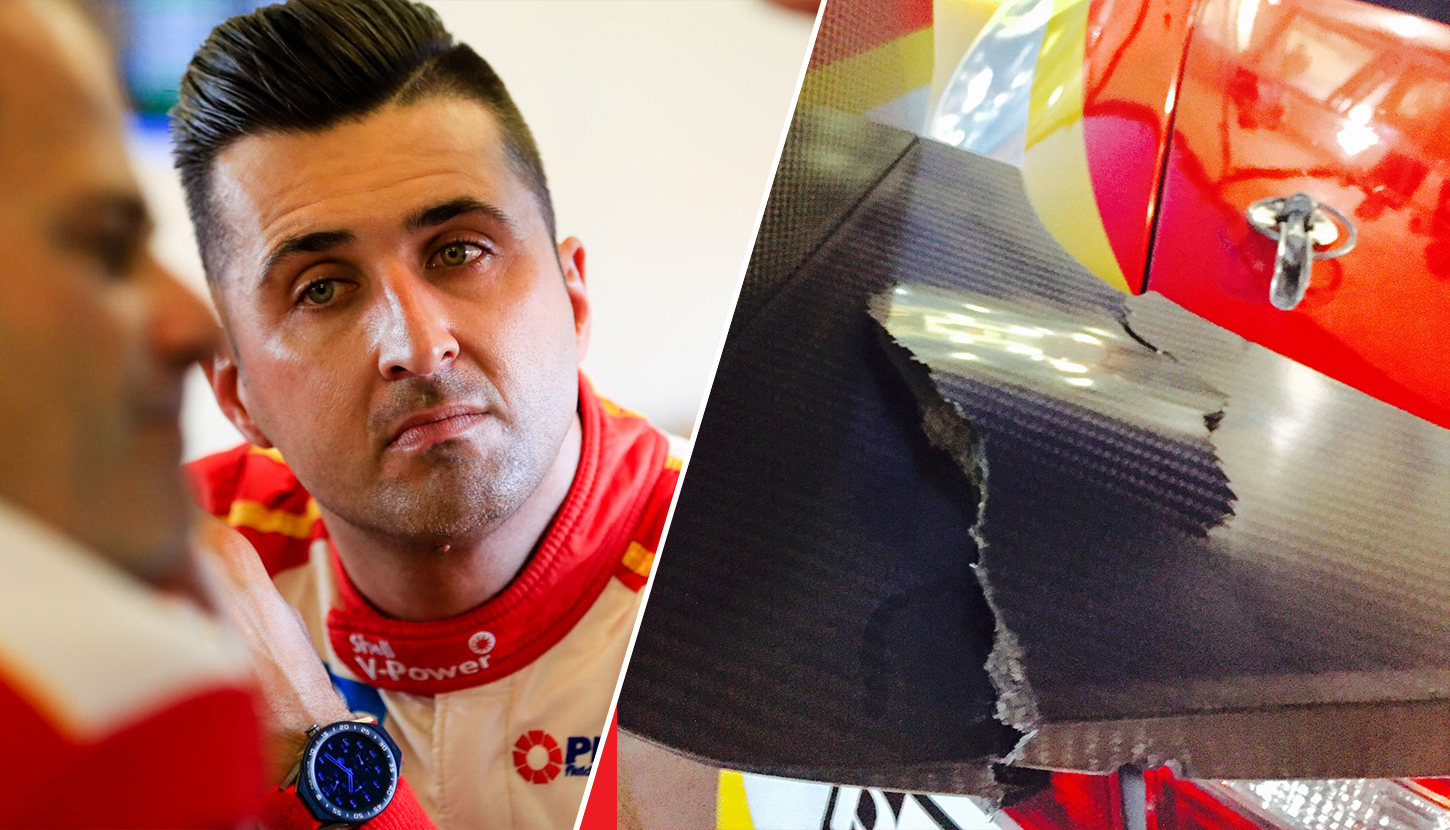 Fabian Coulthard described finishing 11th in Race 13 in Townsville as a lucky escape despite losing the lead of the Virgin Australia Supercars Championship.

The 34-year-old was spun in the mid-pack at Turn 2 on the opening lap and subsequently struck by Todd Kelly’s Nissan and Jason Bright’s Ford.

It was a brush between the rear-wing of Coulthard's spinning Ford and Lee Holdsworth's Holden, however, that caused the most concern.

The contact cracked the mount for the left-side endplate that the Kiwi says left the wing "flapping around in the breeze".

Despite the damage, the wing remained intact across the 70 laps, allowing Coulthard to salvage 72 points. 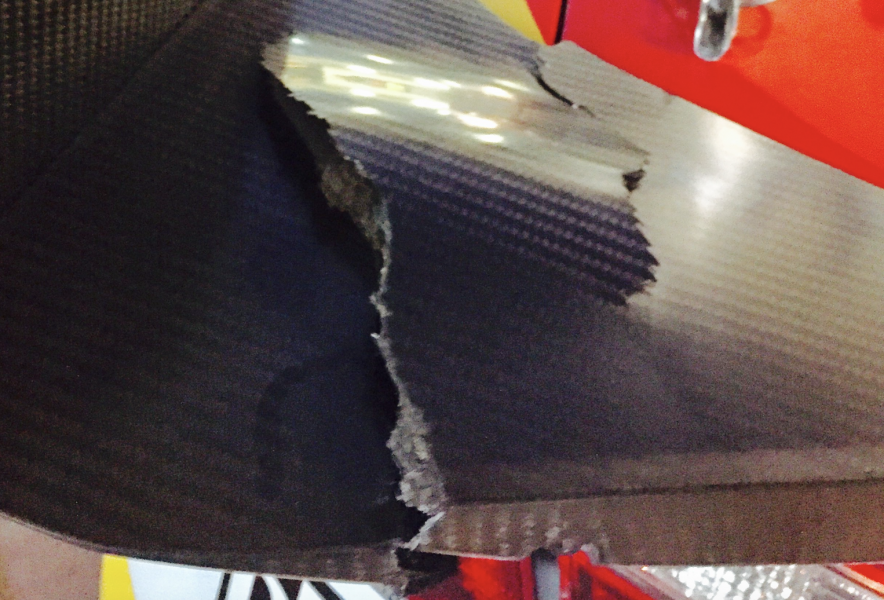 The damage to Coulthard's wing mount

“It was a classic concertina, similar to what happens in Tassie,” Coulthard told Supercars.com of the Turn 2 incident.

“We all expect it’s going to bottleneck at some point. I didn’t hit the cars in front of me and all of a sudden I got cleaned up from behind.

“I believe it was (Tim) Slade behind me and Garth (Tander) into the back of Slade. There wasn’t much I could do. I was an innocent bystander in that incident.

“It was a fair hit from Todd at the front and Bright got kind of locked on my left-side. They were reasonable hits.

“There was a lot of smoke and I was unsure if it was from Brighty because he was right in front of me and there was another car in front of him.

“I radioed my guys and we decided to do another lap to suss it out. It all felt fine and I got on with the job.

“Thankfully I didn’t hit any wheels. The alignment was fine.

“There was front contact and it took some of the rear wing off it that was flapping around in the breeze, so we were pretty lucky. I’m not unhappy with 11th.”

Asked further about the wing issue, Coulthard said he wasn’t overly concerned that it could fail under load around the Reid Park layout.

“It would have been like having DRS!” he said of the prospect of it failing, referencing the Downforce Reduction Systems used in Formula 1.

“I could see it in my mirror sort of hanging a little bit left-hand down. It’s obviously very supported on the other side. Thankfully it’s not a super-high speed track.

“Obviously if we were at Phillip Island or Bathurst or something like that it’d be a completely different story.”

Coulthard had led the standings since Symmons Plains in early April but now drops to third, 68 points adrift of team-mate Scott McLaughlin.

McLaughlin had multiple miscues in the early races but has come storming back and is now a strong favourite for the title.

“It’s great for my guys to have the orange stickers on the car but it’s important to have them in November.

“We’ve got a lot of water to pass under the bridge between now and then. We’ve got the Pirtek Enduro Cup to go that can make or break your year.

“Once we get through those three races and see how we are we could be well in it or well out of it as the time comes.”

Qualifying has been the biggest difference between Coulthard and McLaughlin this season, with the latter scoring eight poles to one in the head-to-head battle.

Today saw McLaughlin on pole and Coulthard just ninth, putting him in a vulnerable position on the opening lap.

Coulthard had been just 16th in practice yesterday and, despite three green tyre runs in qualifying, said he had a hard task to maximise the car in the qualifying session.

“We adopted a set-up similar to Scotty’s but it’s a tall order to put a green set on, have one lap to feel it out and expect to put it on the front-row,” he said.

“We need to have a good look at things. I was not unhappy with my race car at all today.

“We just need to find a little bit of speed, but it’s beautiful to have Scotty in the garage next door to look at data and learn from.”

08/07/2017
Stay In The Know
Sign up to the Virgin Australia Supercars Championship Newsletter
We use cookies to ensure that we give you the best experience on our website. If you continue to use this site we will assume that you are happy with it.Ok