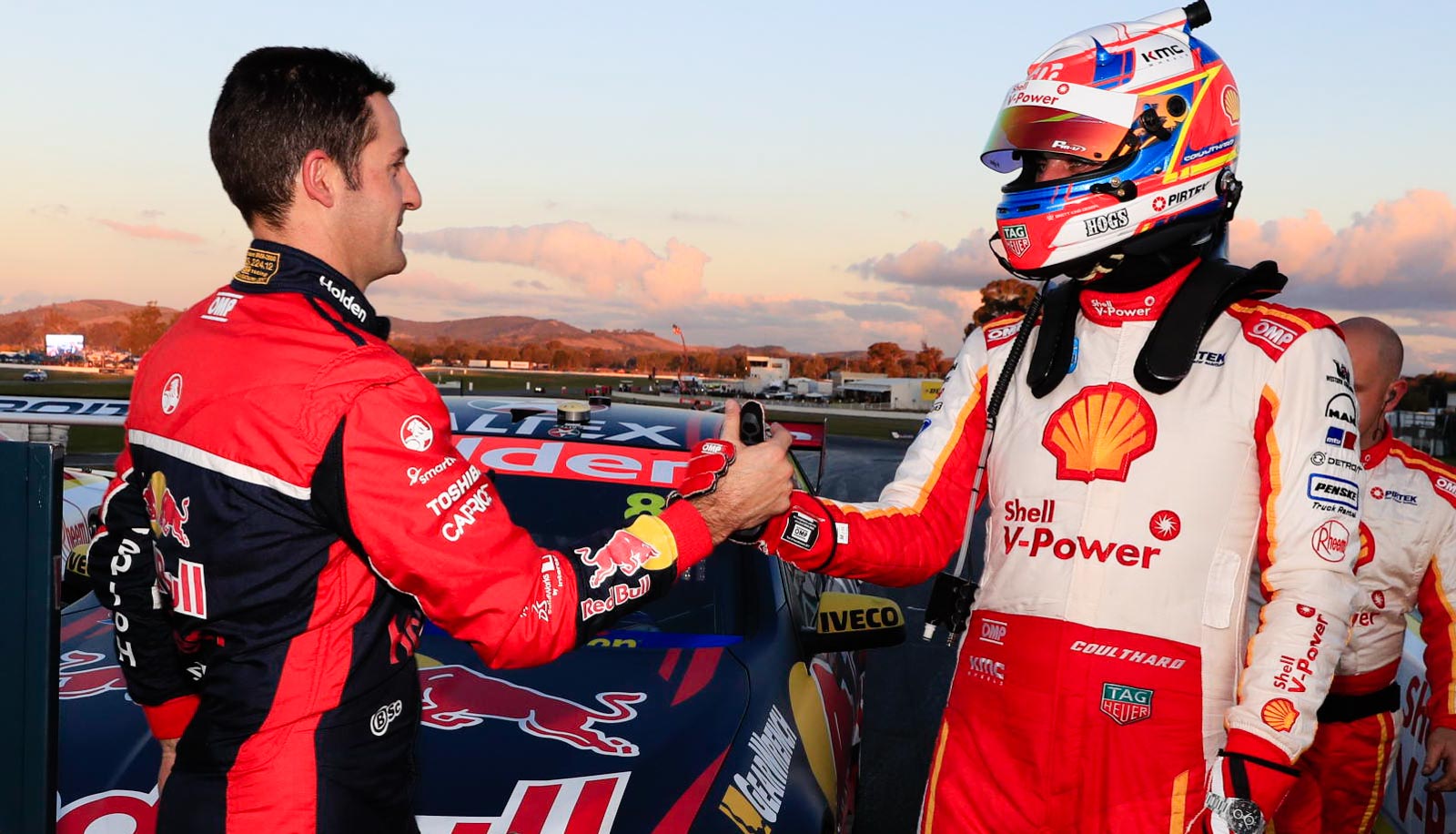 Supercars championship leader Fabian Coulthard says his Shell V-Power Racing team has a long way to go to be a match rivals Triple Eight despite an impressive start to 2017.

The Kiwi driver has shown consistency this season to lead the points table after five championship events and securing two wins.

The victories were the first for the American-owned outfit whose improvement has been one of the major talking points of the season.

Despite leading the driver and teams’ championships, Coulthard still feels rival outfit Triple Eight remains the benchmark Supercars team ahead of his own.

“The mentality within the team is fantastic. We’ve all got the common goal of two cars working together,” he told Supercars.com.

“It’s awesome to be leading the championship at this point in time but we’ve got a long way to go.

“We’re not forgetting the competition. We’ve got a long way to go to beat the likes of Triple Eight. They’ve set the standard of teams for many years.

“PRA has been fast and we need to keep on top of our game, focus, and keep going at each event.

“It’s nice to be in a good position and be in contention, but it’s not just my performance, it’s everybody’s at Shell V-Power Racing, giving Scotty (McLaughlin) and I a quick car.

“We’re in a position where we can be consistent at every event, which is something I haven’t had in the past.” 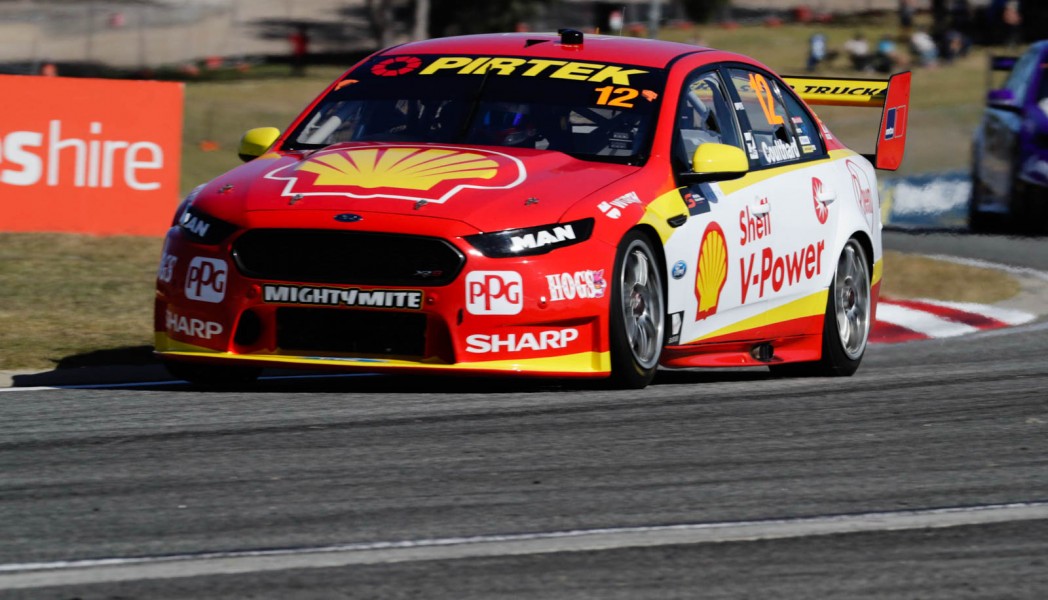 Coulthard added he believes his Ford squad’s success at tracks they struggled at last year shows promise for the remainder of the season.

“We’ve been to a lot of circuits, some which I feel are our bogey circuits; Perth and Tassie,” he said.

“We’ve been able to get results there, so hopefully we’re in a position now where we can build on what we have and keep improving our car.

“Our cars are good, consistent and reliable. We’ve been able to contend for podiums at each and every event.”

With the two-car squad showing major improvements on track, Coulthard said the pace of progress has been quicker than anticipated.

The Kiwi signed on from Brad Jones Racing in 2015, leaving a race winning outfit for a then one-car team that was struggling to live up to its status as the newly merged DJR Team Penske squad.

“I knew there was going to be a little bit of building and trying to get the team to where it needed to be,” Coulthard added.

“One thing we really needed last year was consistency.

“I feel all the guys are working together – Phil (Kead, car #12 engineer) and I understanding the car – and getting on top of it. I feel like that’s aided us making the team what it is.

“The introduction of other team members like Ludo (Lacroix, competition director) coming on board and everyone else, the team is working together and we’re able to be consistent at every event now.

“To win championships that’s what you need. We haven’t had that in the past and hopefully we continue that throughout the year.”