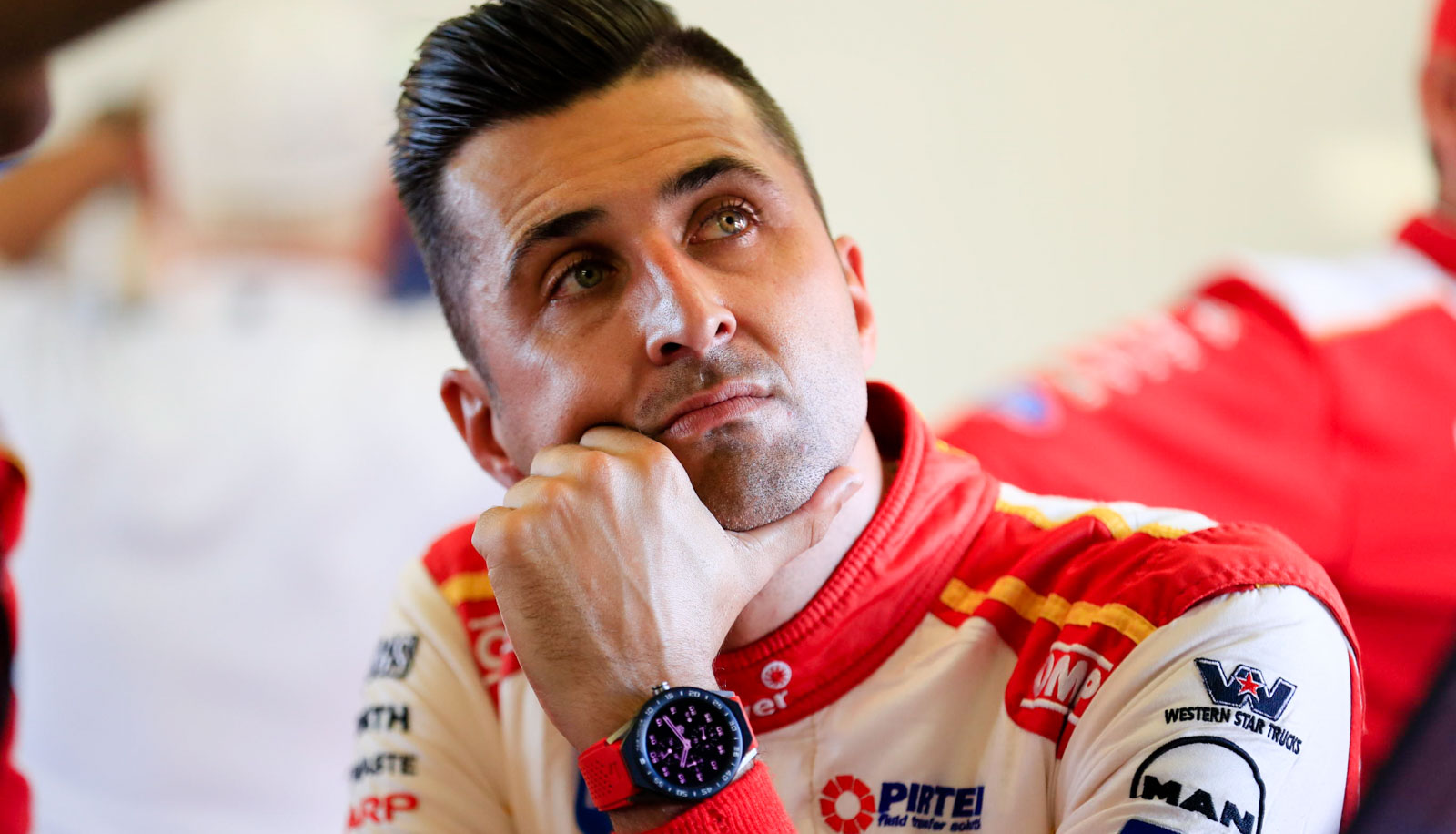 A horror weekend for Fabian Coulthard at the Watpac Townsville 400 has reshaped the Virgin Australia Supercars Championship battle as the season reaches its halfway point.

Coulthard had led the way since April, but fell to third behind team-mate Scott McLaughlin and Red Bull’s Jamie Whincup in Townsville, 158 points from the top spot.

Qualifying ninth and 12th for the two races put the 34-year-old in the thick of the mid-pack, which bit him on both occasions.

Recovering from an early tangle to finish 11th on Saturday, a 15 second penalty for an awkward hit on Tim Slade on Sunday contributed to a season-worst 21st place result.

Declining to be interviewed by Supercars.com post-race, Coulthard earlier told the Fox Sports broadcast that it was “a weekend to forget, that’s for sure”.

“My guys tried their best but they couldn’t get on top of the car,” he said.

“It was a great weekend for Scotty; a first, a second, two poles, so dream run for those guys.

“We have a little bit of work to do; we’ll go back to the drawing board, have a look at a few things, and see if we can come back stronger at the next one.

“I’ve been in other teams and I’ve been in far worse positions than what I am at the moment, so by any means our season’s not bad.

“We just had a bit of a blip in the radar so hopefully we can bounce back at the next one, stronger, faster, better, and get back on the podium.” 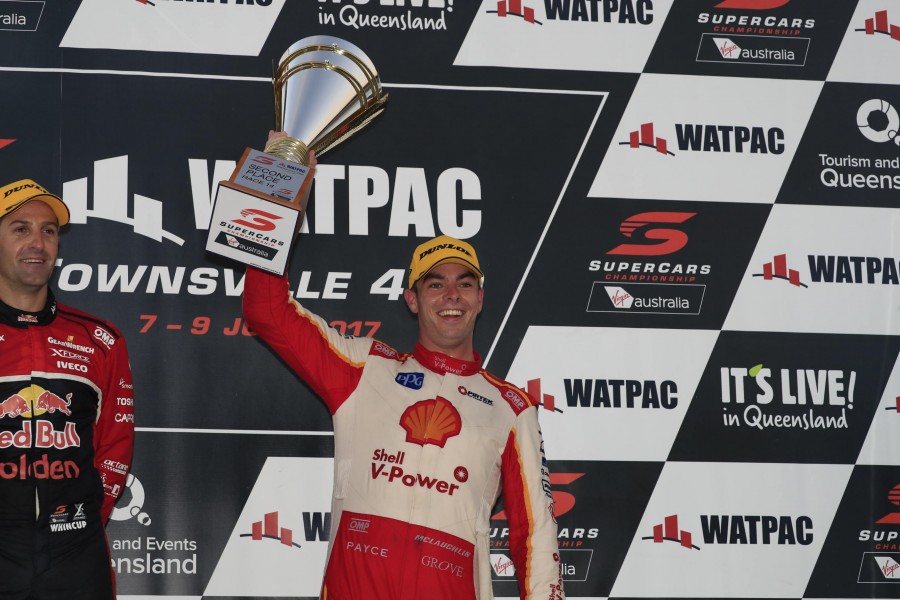 Coulthard had been 0.5s adrift of McLaughlin in qualifying on both days, complaining on Sunday that he was “just struggling to get the car rotated” in the middle of the corners.

He had earlier migrated towards McLaughlin's set-up for qualifying on Saturday after managing just 16th with his green tyre run in Friday practice.

While Townsville was Coulthard’s worse weekend of the season, he’s out-qualified the flying McLaughlin just once since the opening round in Adelaide.

McLaughlin now has Whincup as his nearest rival, with just a six-point gap between them following the Red Bull star’s win in Race 14, but insists Coulthard isn’t to be discounted.

“He’ll fight on. The guys will never give up,” said McLaughlin of Coulthard, who has now gone seven races without a front-row start.

“It’s one of those things he’ll just have to push on. It’s unfortunate for him but Fabs has been a great team-mate to me and we’ll push on together.”

Focussed on the championship, McLaughlin appeared content to bank second behind Whincup on Sunday after struggling through the 200km race with a failed cool suit.

“We tuned the car a little bit out of the window. We lost that one or two tenths we needed to fight Jamie,” he said.

“We’ll look back at that and work towards it for the next round, but I’m pretty stoked with how everything went this weekend.”